For many long distance runners, participating in a faraway event is the perfect way to combine the enjoyment and challenge of running with seeing new and exciting parts of the world. But with so many iconic marathon events now on offer around the world, which one do you pick? London? Paris? Boston? Tokyo?

For New Farm parkrunner Chris Rossel however, the choice was easy – the Mount Everest Marathon was definitely “top” of his running to-do-list.

From the moment Chris Rossel first heard about the Mount Everest Marathon he was hooked and determined to conquer the highest marathon in the world. His usual exercise routine involved running to and from work and kick-starting the weekend with a 5km run at New Farm parkrun – a scenic, flat run along the Brisbane River. On top of this, he also did occasional trail runs and longer runs on the weekend. The chance to complete the world’s highest marathon, however, appealed to his sense of adventure and desire to experience a truly scenic run. 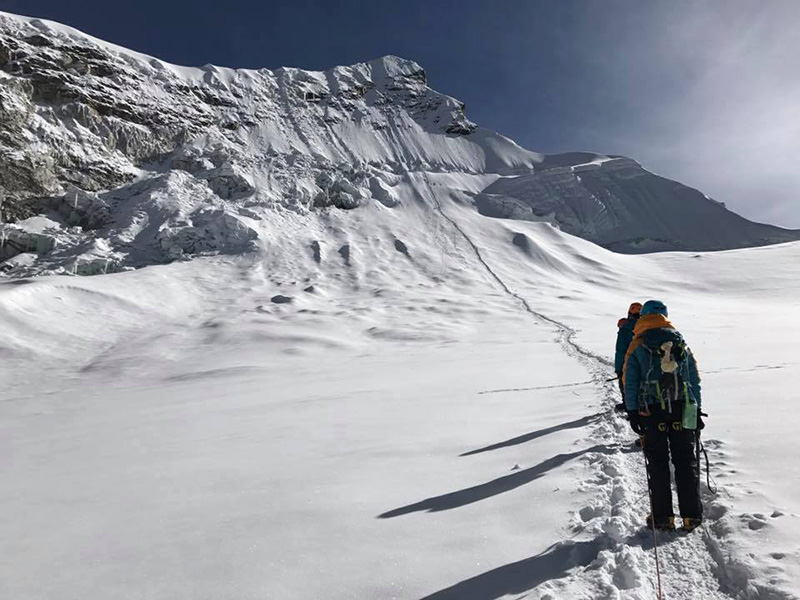 “For me, the most memorable part of the marathon was that it was so different to anything that I have run before, from the terrain, the stunning scenery and all the cheering and support from porters, guides and other trekkers on the same route.”

In addition to the normal training and challenge of a marathon, successfully completing the Mount Everest Marathon posed a few extra challenges – time, altitude and the temperature.

The first issue is the length of time it takes participants to acclimatise to the altitude, which is why all participants have to arrive in Nepal about three weeks before the race day.

Getting to the start of the trek is itself scary as the closest commercial airport to Mount Everest – Lukla – has no lights, no air traffic control, is surrounded by mountains, has a short runway due to the lack of flat terrain and rapidly changing weather conditions.

All of this making it the most dangerous airport in the world!

After safely arriving at Lukla in May (an event so miraculous, the event organisers felt compelled to tweet straight away confirming everyone’s safe arrival!) Chris joined other participants from the USA, Australia, Switzerland, France and Romania and then began the trek to Everest Base Camp. According to the event guide, here’s how getting to the start line Mount Everest style goes:

For Chris, the altitude acclimatisation wasn’t a big deal. He had been in other high altitudes areas previously, and the trek to Everest Base Camp provided the opportunity to get used to the height and lower oxygen levels. It also gave Chris a chance to familiarise himself with the terrain, described by the event co-ordinators as trail conditions from start to finish.

According to Chris, “a large section of the run is over very uneven ground or rocks – younger, braver runners can negotiate this technical terrain like mountain goats. All I saw was rolled ankles, a cracked skull, pain,​ or worse…”

Despite these conditions, when race day arrived Chris took off. Wearing his windbreaker all the way to keep out the cold and wind, carrying a hydration pack and an emergency thermal blanket (just in case…) and of course sharing the path and giving way to the occasional Himalayan yak, Chris completed the marathon in an impressive 10:27:50! And he managed this amazing feat with just one bottle of Coke mid-way for energy and without hospitalisation. 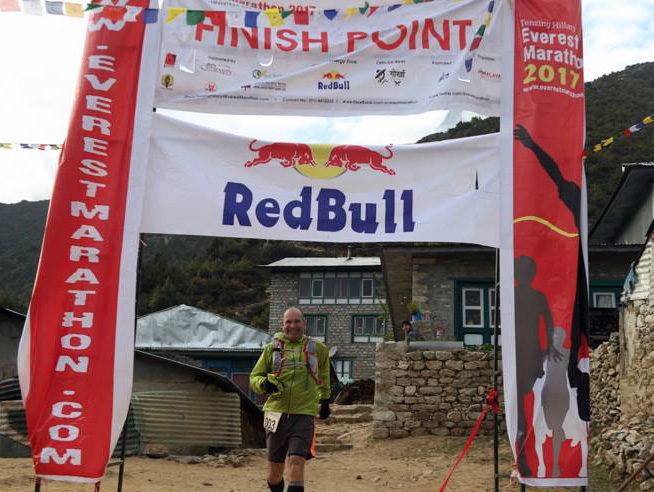 So now that Chris has returned to his regular running routine and New Farm parkrun, what’s next on his running to-do-list? A place that is a bit warmer and closer to sea-level it seems – the 56km long Two Oceans Ultra Marathon in Cape Town, South Africa. Another scenic adventure for sure!