I flew in from Rome last night after covering a big story that kept me up through the previous night.

It’s par for the course of being a foreign correspondent in one of the busiest bureaus.

I’ve looked at the oven clock three times in the last 10 minutes. I know that if I don’t start putting on my shoes, finding my parkrun barcode, filling my water bottle, strapping on my phone and headphones then I won’t make it in time.

And quite often I stand there.

Watching another minute tick by. 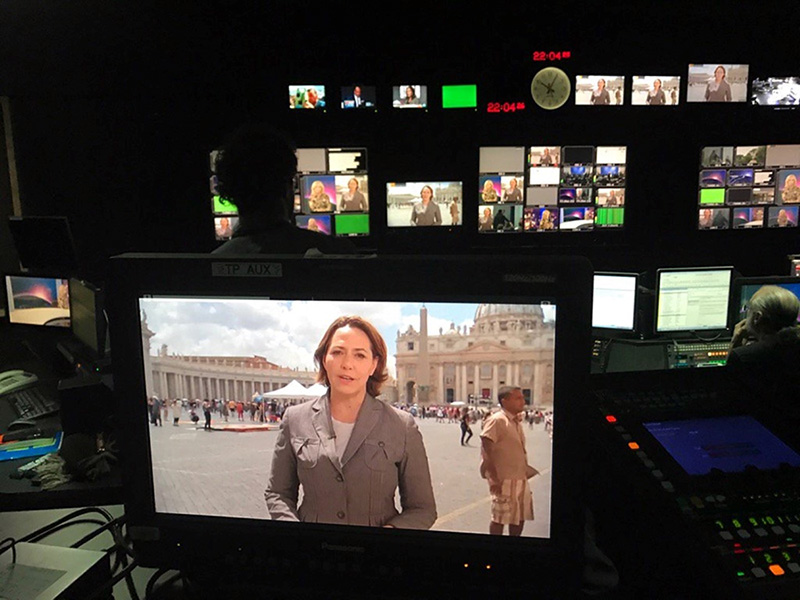 My niece Emma Nicholson is a parkrunner on the Gold Coast in Australia. When I told her I’d been posted to be the ABC’s bureau chief in Europe her first reaction was ‘Oh! That means you can do parkrun where it was created’.

I’d never even heard of it.

Emma thinks I’m an enthusiastic convert to parkrun. But I have to confess I’m a reluctant runner. But I joined because of her. When my parkrun at Southwark in London is getting underway, it’s almost 12 hours since Emma wrangled her children and got them out of the house to complete 5kms on the other side of the world. And she’ll often post a photo on Facebook. At 8.24am I’ll see that photo and think “if Emma can do this with children, I can drag my lard arse out of the house and make it”. 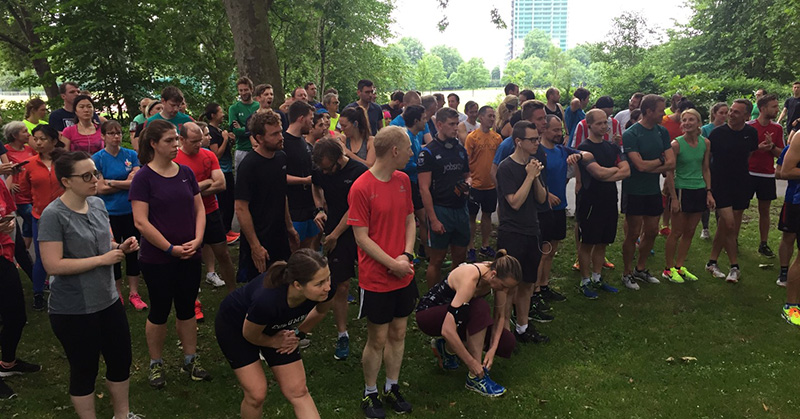 But Emma and I have talked about our very different parkrun experiences. It seems everyone at my parkrun is on a mission to be home in 24 minutes. They’re super fast. And I’m a plodder. My PB is 34:21 but I still remember on that day being one of the last to cross the line. Hundreds of people were in front of me. Emma was amazed when I told her. I know parkrun is about running against yourself but that’s difficult to remember when you’re being lapped by the faster runners and the marshall calls out ‘watch out, runners behind you’. “I’m sorry”, I feel like saying, “I am a runner too”. But I’ve plodded past by the time I’ve thought of my witty retort. I’m going to stick with it though.

Over the last few months I’ve covered terrorist attacks, a simply awful, building fire and have dealt with trauma and violence up close. When I run around Southwark Park now I look at the council high rises and I wonder if they have the flammable cladding that we’ve been reporting on. Work is never far from my mind. I know that running is not so much about my physical health, but my mental health. I want to stay on the ‘front line’ of journalism and this is one way to look after myself.

Mental health is so important and I will happily talk to people about the impact that our work as journalists has on us. Do an internet search for the Dart Centre for Journalism and Trauma to see the work and research that’s been done in this area. So next Saturday – if I haven’t been called away somewhere on a breaking story I will be at parkrun Southwark. I will head to the back with the tiny handful of parents with prams, ignoring the speedy Gonzales and I will run for myself. For my mental health. And I will think of Emma on the other side of the world putting her children to bed and getting ready to say goodnight to Saturday. And I will send her a photograph to let her know that for another weekend she has helped me get out there.

And I am grateful.

Last Saturday we were delighted to see parkrun events in Japan and Western Australia restart. Alongside parkruns currently operating in New Zealand, other Australian states and Territories, and the Falkland Islands, we saw 89 events welcome more than 8,500 walkers, joggers and runners, with over 900 volunteers, almost one hundred of whom were volunteering with…

I’ve never been a runner

As parkrun returned in Tasmania last weekend, Val Warwick returned to volunteer as photographer in the pouring rain and wind at Devonport parkrun.   Never considering herself to be athletic, but being married to a runner, she was introduced to parkrun. After volunteering, walking, jogging and running all over Australia she feels completely embraced by…