A second opportunity at life

Brett Orpwood doesn’t remember a whole lot from the parkrun before Christmas on December 23 last year. He knows he got a text from a neighbour asking to give her and some of her relatives a lift. He vaguely recalls getting out of the car, marshalling at the start line with his eight-year-old son Charlie and friend’s son Josh, who he had agreed to run with. He remembers fiddling with his Bluetooth headphones and running watch to find a GPS signal, but not much else.

It is well known that defibrillators save lives, and without the defib at Mullum Mullum parkrun, Brett, 45, would most likely have died just past the first kilometre marker into what would have been only his 12th parkrun.

Brett set off on the undulating course along Mullum Mullum Creek, in Melbourne’s east, when about 1km in, he suffered sudden cardiac arrest and fell to the ground, with nothing to break his fall.

parkrun is often described as being much more than just a run in the park, and this sentiment was never more evident during the chain of events that unfolded after Brett collapsed.

The ‘first responder’ team of Joelle Sharp, Kim Irvine, Amanda Walker, Christopher Williams, Kate Orrock, Angela Bruni, Mark Haldane, Natalie Stone and Russell Smith, comprising three nurses, a doctor and a police officer, were swiftly to Brett’s side as well as Event Director, Scott Hawkins, who was only a few paces behind.

Within minutes the defib, which had only recently been donated through a grant from Maroondah Council, was rushed down by Run Director Caz Derby to help get Brett’s heart started again.

Chris’ partner, Chrissie Williams, while not technically a first responder, sat by Brett’s side throughout the ordeal, holding his hand the entire time – which still make’s Brett’s wife Bec choke up. 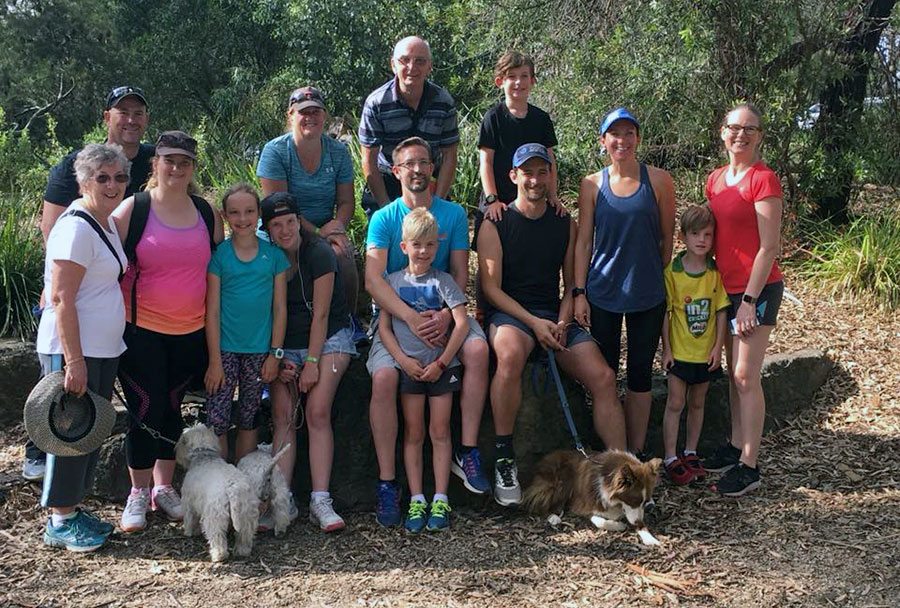 Brett was “down” for 15 minutes, with the crew around him doing CPR in shifts until the ambulance arrived. The parkrun defib was used once then the ambulance officers used their machines again a few more times to restart Brett’s heart. Once stable, Brett was rushed to Box Hill Hospital and placed in an induced coma. He spent Christmas away from home and without Bec, Charlie and younger son Mack, 6.

“My first memories are jaded. I have brief memories of family and Scott when I ‘came-to’ on Christmas Eve. I remember Scott taking a photo. I have fleeting memories of Christmas Day, seeing Bec, Charlie and Mack, eating a hospital roast turkey lunch, having a paper bonbon hat on and having other visitors, but I can’t remember who,” he said.

To the amazement of his medical team, Brett was able to walk out of hospital, after a cardiac MRI, ECGs, a brain scan and x-rays, just 12 days later.

“The most damage I had was three cracked ribs from the CPR, probably from Chris (the police officer),” Brett said.

The CPR performed was textbook.

“I’m unbelievably fortunate because the job my first responders did was so very good. It’s very rare to be down for 15 minutes and have an outcome as good as mine. Many less fortunate individuals spend three to six months in hospital rehabilitating.”

Brett also left hospital with a pretty special gift – a defib of his own, connected to his heart, to help should he ever suffer another cardiac arrest.

“I had Ventricular Fibrillation, a cardiac rhythm disturbance where the lower chambers of the heart can’t pump blood – an electrical malfunction. Most sudden cardiac arrests are caused by a congenital abnormality or heart defect. I’m in a minority where the cause is unknown. The survival rates for sudden cardiac arrest are four to five percent in Australia, so they don’t get many cases like mine.”

Brett said he wanted to help turn his near tragic event into a positive for the 45 other parkruns in Australia without defibrillators, by launching a fundraising campaign.

“New parkruns can’t launch without a defibrillator and need to raise $2000 to purchase one. There was an opportunity to help close this gap so that more people could have access to defibrillators to help save lives, like mine was,” Brett said.

Within days, more than $32,000 has already been raised – with much of that coming from an anonymous $20,000 donation, which Brett said had just blown him away.

“I had plenty of time in hospital to reflect on what is important. My wife, my boys, my family and friends. I’m so thankful for a second opportunity at life – to grow old with my wife and to watch my boys grow up – play cricket, ride bikes, kick the footy, go fishing and run parkruns,” Brett said.

“Bec and I have been overwhelmed by the support and help of the beautiful people in our parkrun and the wider community. I have been able to say thank you to the people that saved my life and the idea of being able to give back by raising money to donate more defibs to parkrun just seemed like the best thing to do. Please get behind the campaign.”

Through this campaign, we have been able to order defibs for Mount Beauty, Nhill, You Yangs, Cohuna, Echuca Moama, Bagara, Renmark, Inverell, Manjimup and Urunga parkruns and hopefully more as the total increases.

Back at Mullum Mullum, Event Director Scott Hawkins, who was running next to Brett when he first collapsed was proud of how his parkrun community responded to one of their own.

“I am so thankful to the Mullum Mullum parkrun community that in the Orpwood’s time of greatest need we all came together as a family. On any other running day, this would have had a very different and tragic ending. But thanks to the immediate action of all the Mullum Mullum parkrunners Brett is alive and his family have their husband and dad back!” 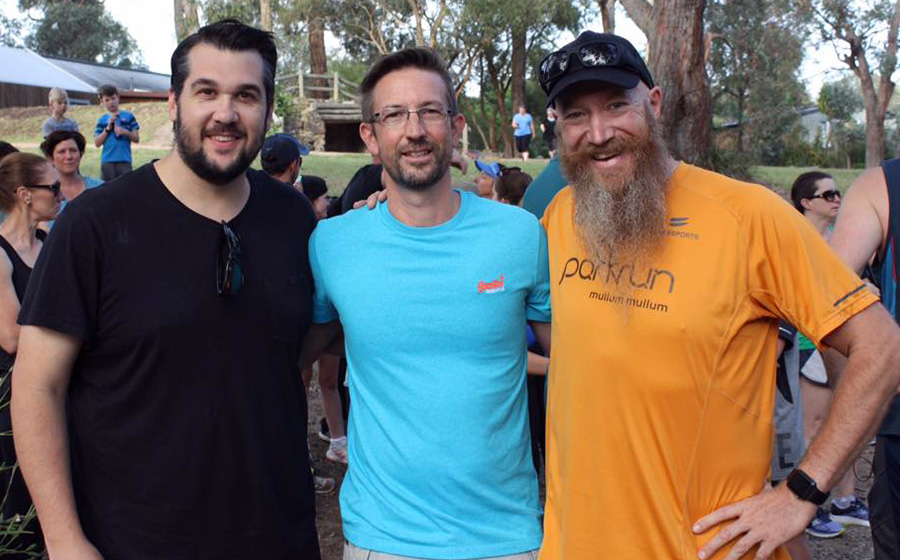 Smile at someone and they will smile back

parkrun came into my life about six years ago, just after I had my daughter. Running has long been an important way for me stay mentally and physically healthy, so I was intrigued when a friend invited my family to try Westerfolds parkrun. It quickly become a regular part of our Saturday mornings. When Darebin…

After a big life move, Naomi Dawson found herself in a brand new country, knowing nobody.   Local parkruns helped her integrate into new communities, and make many long-lasting friendships along the way.   I wasn’t a runner, never had been. Then, in 2013, someone told me about parkrun.   I completed the Couch to 5k program, after…