It seems like the most unlikely of locations to find love, but parkrun has brought many couples together around the world.

Port Macquarie couple, Kylie Scott Young and Kiel Bigeni met just before Valentine’s Day last year at their local parkrun and after one thing led to another, the couple are due to be married next month, but not before they take part in their regular event.

Kylie, who is the Run Director at Port Macquarie parkrun, said she noticed a token missing and jumped at the opportunity to meet the handsome runner whom she’d seen at a few events. “Kiel had been attending parkrun sporadically for about six months and after Strava stalking each other for a week or so, we went on our first date in February last year,” Kylie said. “Now Kiel’s a parkrun tragic like me and we haven’t missed a parkrun together since then. We even take part in tourist parkrun when we travel.”

Throwing tradition aside, the couple intend to see each other on the morning of their wedding, when they attend their regular parkrun before preparing for the big day. “We’ll head down to parkrun together and then see about 30 of our parkrun family later that day at the wedding,” Kylie said. 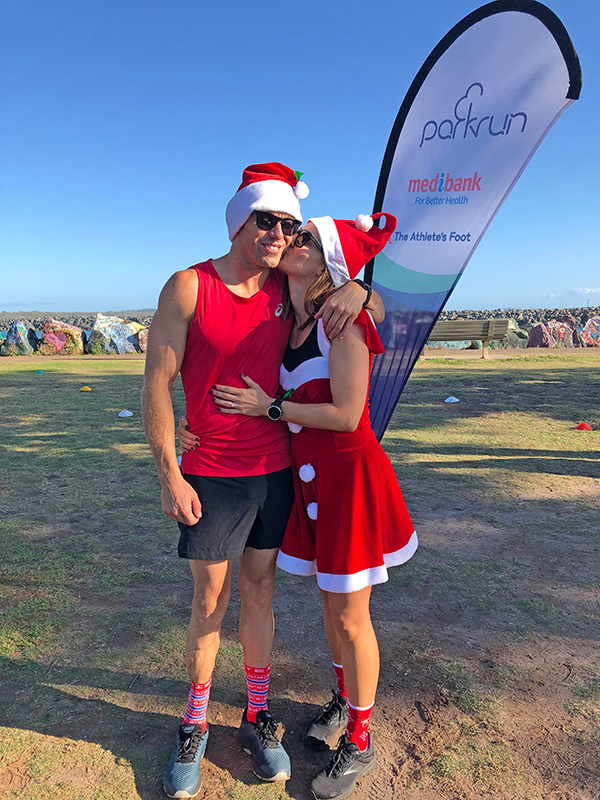 An ex-Junior Pro Surfer, Kiel has been a runner for around 10 years now, competing in three Ironmans over that decade. “Kiel was in a car accident when he was 18 and told he would never run again, so what he has achieved is pretty amazing,” Kylie said. “It was parkrun that got me into running, however and I’ve probably missed about two since I’ve started.”

Kylie, who has two daughters who are five and seven, is also now joined occasionally by her eldest to complete the 5km course. 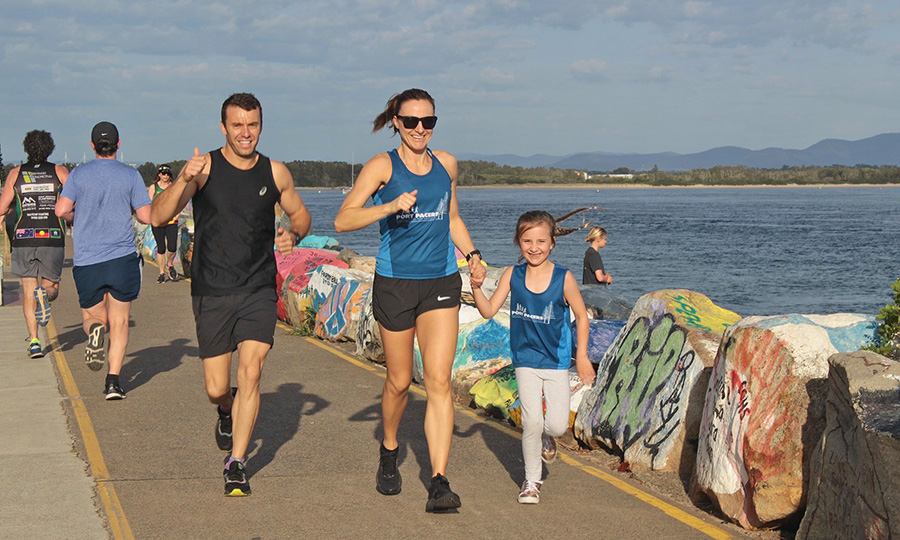 Tim Oberg, said this type of thing is not uncommon within the parkrun community. “People are very passionate about parkrun and it tends to bring them together as they have that in common,” Tim said. “We have had several love stories over the years. parkrun is a family event and the community that surrounds all of our events are part of that family.” 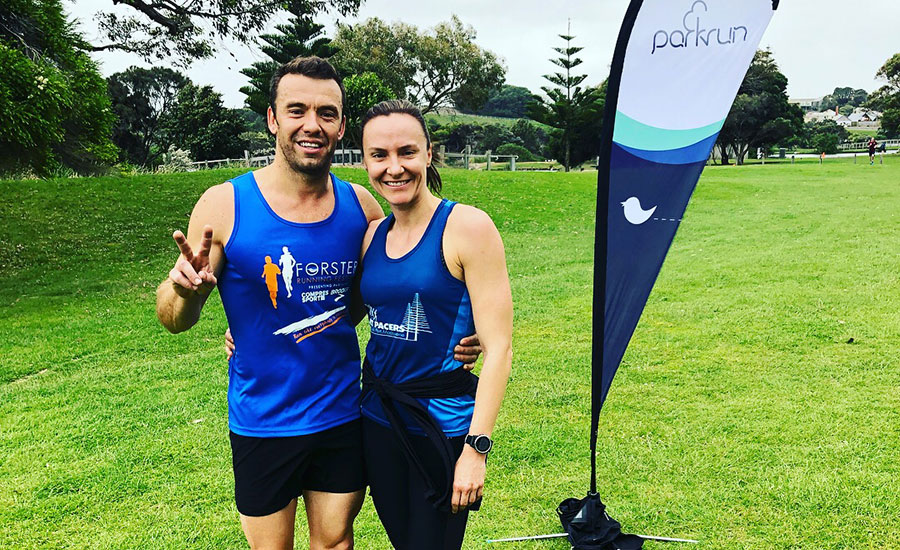