The Hart family fell in love with parkrun at Paradise Point. It had something for everyone. After moving back to the US they wanted to recreate the magic in their new community. You can be the judge, but Weedon Island Preserve parkrun, which starts May 18th in St Petersburg, Florida, is as close to paradise as we have seen.

An international move comes with many challenges, consequences, and sacrifices; but a parkrunner never leaves a parkrun behind. On June 2, 2018, the Hart family participated in their final event at Paradise Point parkrun in Queensland and set their sights on bringing parkrun to their hometown of St. Petersburg, Florida. 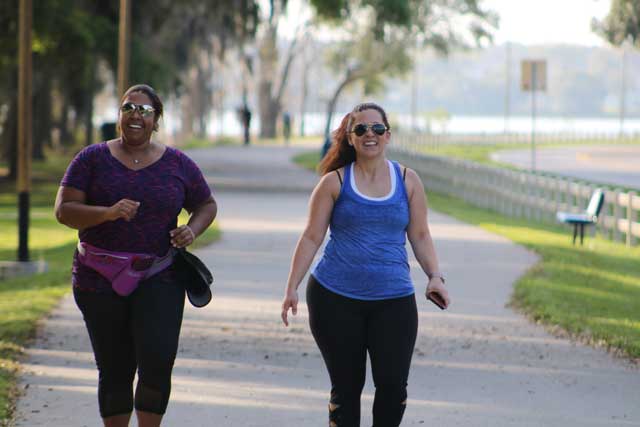 Several years ago, while enjoying an ice cream with her family, Jennifer noticed what appeared to be a father, mother, son, and daughter running along a waterfront path. She remarked to her children and husband sitting with her, “That is awesome! I want to be like that family!”

While the path is frequented by many people who are walking, running, or cycling, it was this family that caught her attention because of their resemblance to her own.

Tim thought parkrun was just what Jennifer was looking for: a family-friendly 5km that meets each participant at their own level. Tim and Ellis (10 years old at the time) were natural runners, but Jennifer and Josilynn (9 at the time) were not. In June of 2016, the Harts completed their first parkrun. Tim and Ellis revelled in a satisfying finish time. Jennifer and Josilynn were ecstatic over running the entire course without walking. Along their runs, the Harts were pleasantly surprised with the numerous cheers from parkrun marshals and timekeepers, as well as the support from volunteers at the finish line.

The friendly, non-competitive atmosphere had them forever hooked! Nearly every Saturday for the next two years, the Harts began their mornings with parkrun. Tim, Jennifer, and Ellis often tried for a personal best time (PB), while Josilynn became a dependable volunteer and an expert barcode and token scanner. 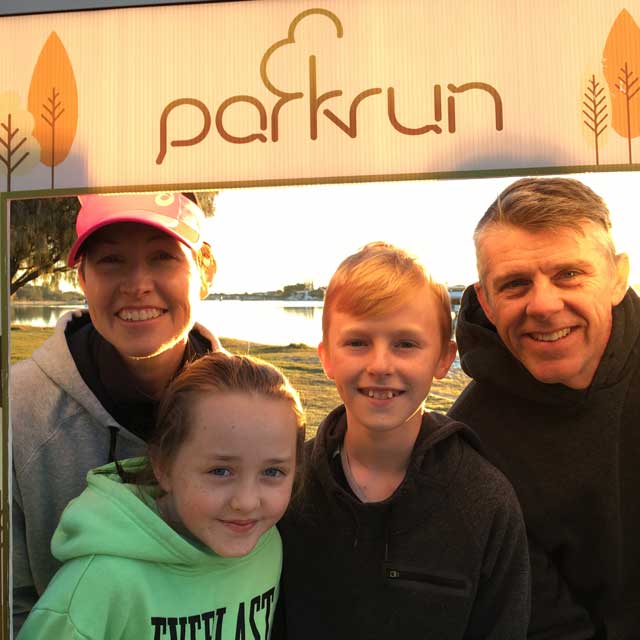 The Harts fell in love with parkrun at Paradise Point.

Jennifer was just looking for an activity conducive to the varying abilities of her family, but she received much more. Yes, her family’s fitness greatly improved over time, but so did their confidence. For a couple months, Ellis coached his mom while running alongside her, keeping her on pace. As a result, she earned five PBs.

“My 11-year-old son was my coach. How amazing is that?,” said Jennifer, “Then, if that wasn’t rewarding enough, my husband and people I didn’t know were cheering me on at the finishing chute. They didn’t know I was on pace for a PB. That’s just what you do at parkrun. The icing on the cake was that my daughter, Josilynn, was there waiting for me to scan my PB finish token.”

Whether running, jogging, walking, or volunteering, the parkrun community recognizes everyone’s efforts; and with the help of a tail walker, no one ever finishes last. 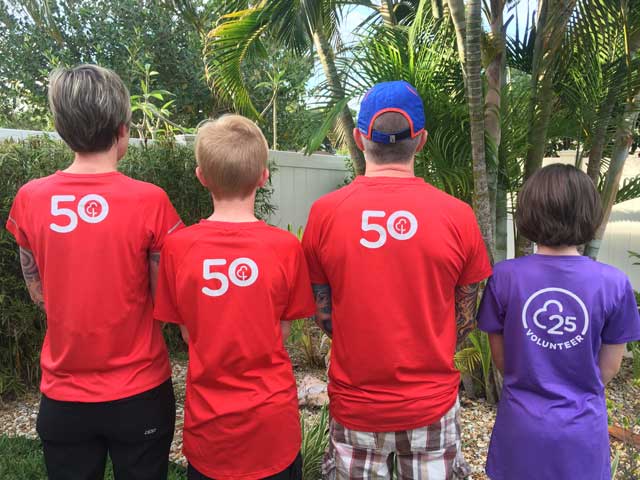 When they decided to move back to the US the Harts searched for a parkrun in Florida. Although the US parkrun search map showed three events in the state, none were near St. Pete. Without hesitation, Tim, Jennifer, and their kids decided that they would bring parkrun to their community.

Tim and Jennifer were in search of a venue that would offer parkrunners a unique course; one that would remind locals of Florida’s natural beauty and offer tourists a unique parkrun experience.

The Weedon Island Preserve (WIP) parkrun does that and more. It entices even the most dedicated parkrunner to forego their PB to stop and take a selfie along the route.

The Harts hope that the St. Petersburg community will quickly see that parkrun is not about the bands or the swag, and that it offers something simpler, and a different kind of social experience.

The Harts are excited to see WIP parkrun become a reality. Every Saturday since February, with the help of extended family and friends, they have been putting the course through its paces with low-key gatherings. 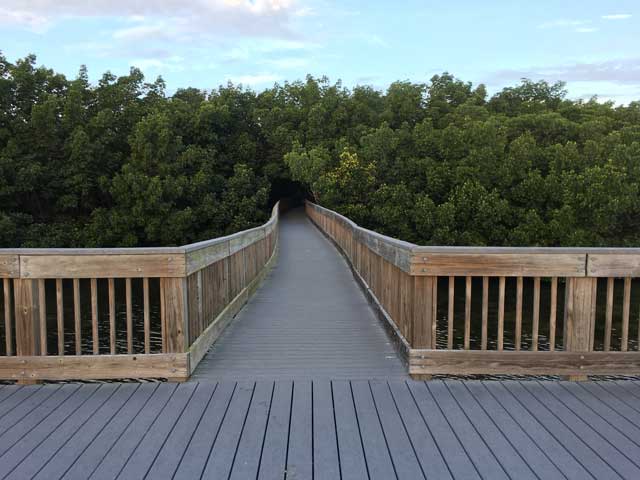