A Positive Attitude and Extra Patience

Jess McDowell’s parkrun journey started in a similar way to many others; she spotted people walking and running around a green space local to her home one Saturday morning in July 2016 and she asked someone what was going on. The next week she showed up to participate and quickly became a regular at Maryborough parkrun, three hours north of Brisbane.

Jess, like many of her fellow parkrunners, would do a combination of walking and running each week to get around the 5km course in an average time of about 50 minutes. She loved it and made it to parkrun on average every second week, all year round, either to walk/run or to volunteer. 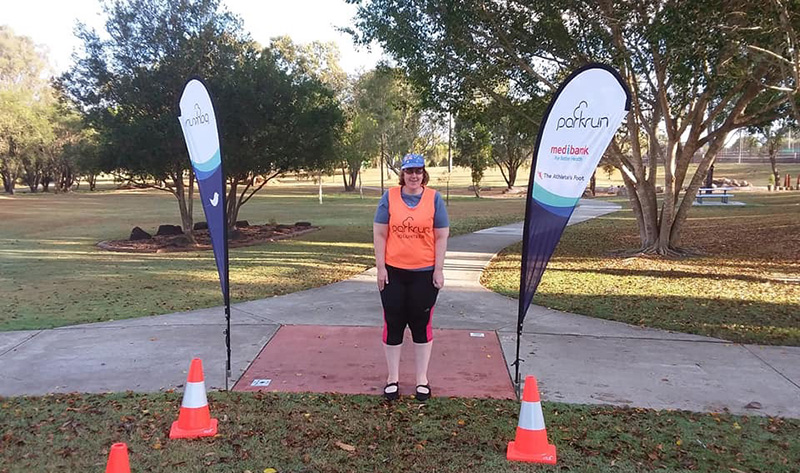 Then in October last year, Jess had an accident at work. She stumbled and fell, dislocating her knee. She was taken to her local hospital where she was sedated and a team of people attempted to put her knee back into place. But her knee refused to co-operate.

The medical team organised to have her transferred to the Sunshine Coast University Hospital in the hope that more could be done for her there, but with severe storms happening in the area at the time, Jess could not be moved until the next morning.

Once at the new hospital, the team tried for a whole month to save her leg, but with 8 hours with no blood flow to the foot, there was no hope. Jess’ leg was amputated above the knee, leaving Jess with a new reality to get used to.

Understandably, Jess was in shock but she quickly realised that feeling sorry for herself was not helpful at all. So she focused on what she could do instead. She recognised that she could still do things, just in a different way, and so she made it a goal to return to parkrun even if all she could do was sit, watch and cheer people on.

Jess says, “It has been very challenging to change from walking to being in a wheelchair,” so thankfully, upon her return to Maryborough parkrun on Christmas Day (a few months after her accident) she was welcomed back with open arms. Cath Wood (the Event Director) and the whole event team were supportive and encouraging. Not only has Jess been able to volunteer again, but she’s also had Run Directors volunteer every week to push her around the course in her wheelchair. 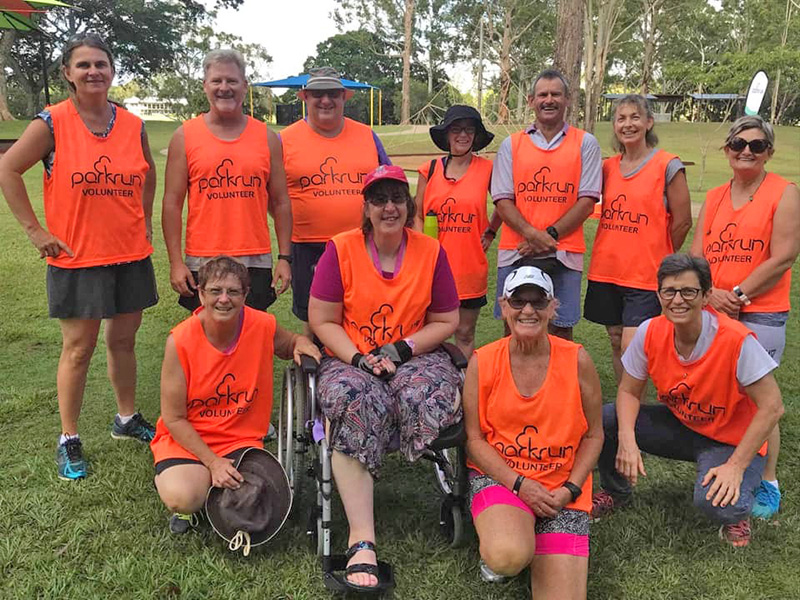 She says, “I feel so blessed to have people push me around at parkrun in my wheelchair,” and she feels that parkrun has been very helpful as she recovered and adjusted after her accident.

Jess is a shining example of positivity in the face of crisis. She recognises that her attitude has been so important to her adjustment to this new reality. If you talk to her you’ll hear it in her words:

“No matter if you’re in a wheelchair or not, you can volunteer or even cheer people on to help them. It doesn’t matter if you’ve only got one leg, it doesn’t stop you doing anything if you’ve got the positive attitude of life.”

She wishes people would stop to realise just how lucky we all are with what we have. She encourages people to get out and do stuff with the life, the health and the body they have because she knows all too well the regret of having taken two legs for granted. 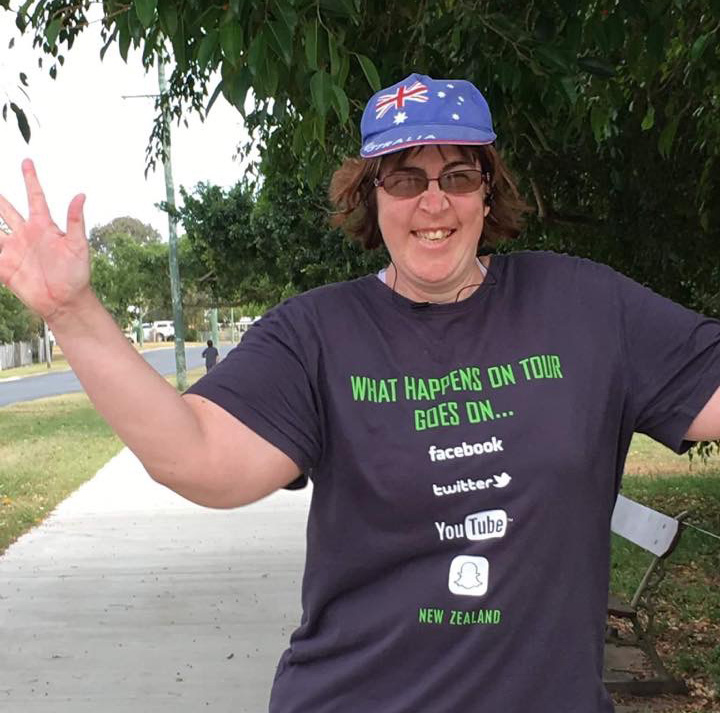 Her goals moving forward are to get out of the wheelchair and standing again when her new prosthetic leg arrives. Once she’s adjusted to yet another change – walking with a new leg – she’s planning to slowly make her own way around the Maryborough course yet again. This time under her own steam.

And whilst she is known for her positive attitude during what’s been a difficult time, she does say that she too has her ups and downs. But she knows it’s a part of life, that it will get better and like any challenge in life, it just takes some extra patience.