Parkville parkrun takes place in Princes Park, just 3.5km north of Melbourne’s CBD. A short tram ride from the Melbourne CBD or potentially walkable if you’re feeling enthusiastic, so it’s super easy for visitors to get to. 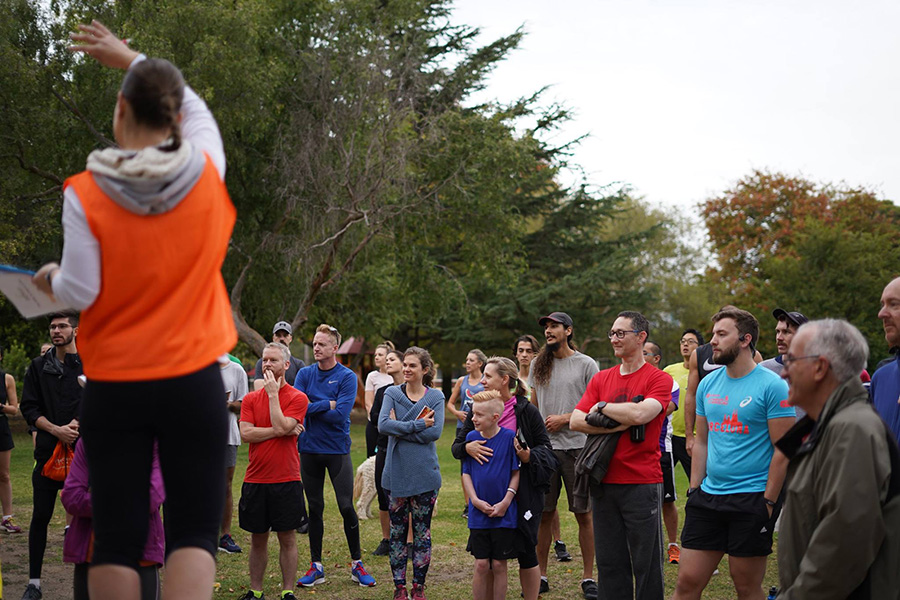 Princes Park dates back to 1873 when it was reserved as parkland to be kept “for the recreation and amusement of our subjects and people”. Originally just grassland, Princes Park is now packed with features including sports ovals, tennis and lawn bowls, kid’s playground, BBQs and picnic tables, a pond and plenty of trees everywhere.

As a bonus, Princes Park has city views and is home to Ikon Park where AFL women’s matches are played. 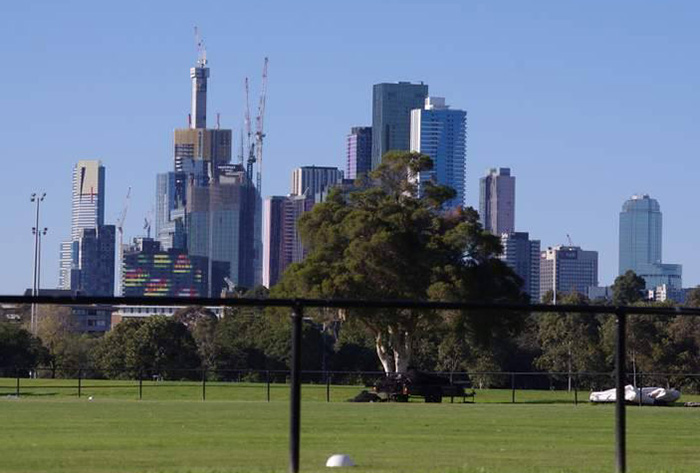 The course is one and a half anti-clockwise laps around the outside of the park on a mix of gravel and bitumen paths. With just the one very slight incline the course is almost entirely flat and is well suited to prams and wheelchairs.

The most popular part of Parkville parkrun is the last 250m, and not just because it means we’re nearly finished. The ‘final dash’ cuts through the center of the park and has several magnificent trees lining both sides of the pathway which make for a very picturesque finish. It’s also downhill (we’re being generous here, it’s more of a ‘barely noticeable decline’ but it does still make for a speedy finish). Ever changing with the seasons, the trees always provide the perfect backdrop for photos. 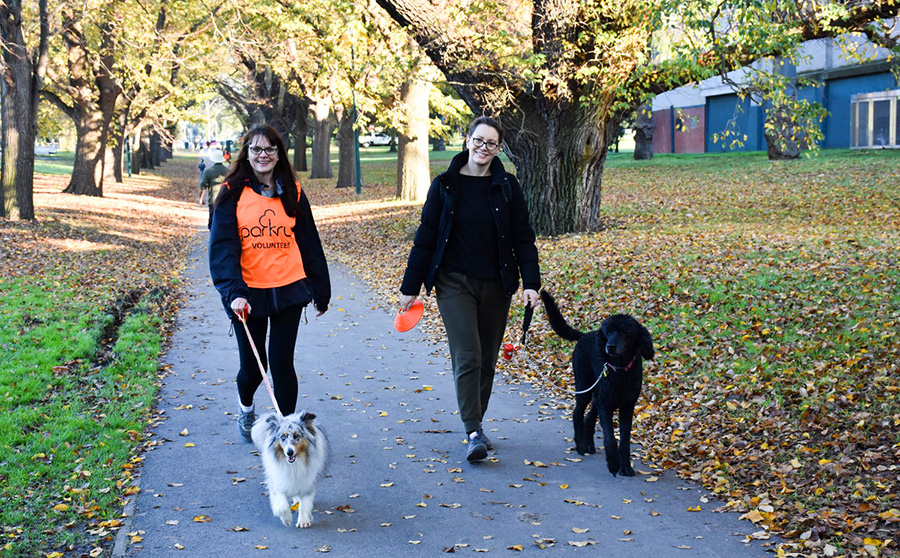 Nicole Vaughan is one of the Run Directors at Parkville parkrun. She first volunteered as a timekeeper at event #4 and was back a week later as a Run Director, all before ever having completed the event herself. When we asked Nicole why she loves our parkrun she told us, “I love the idea of parkrun for restoring face to face community connections in our modern day digital world. Because Parkville is in an accessible metro location we get diverse visitors from all over the globe – I enjoy learning what parkrun means to them and hearing their parkrun story.” 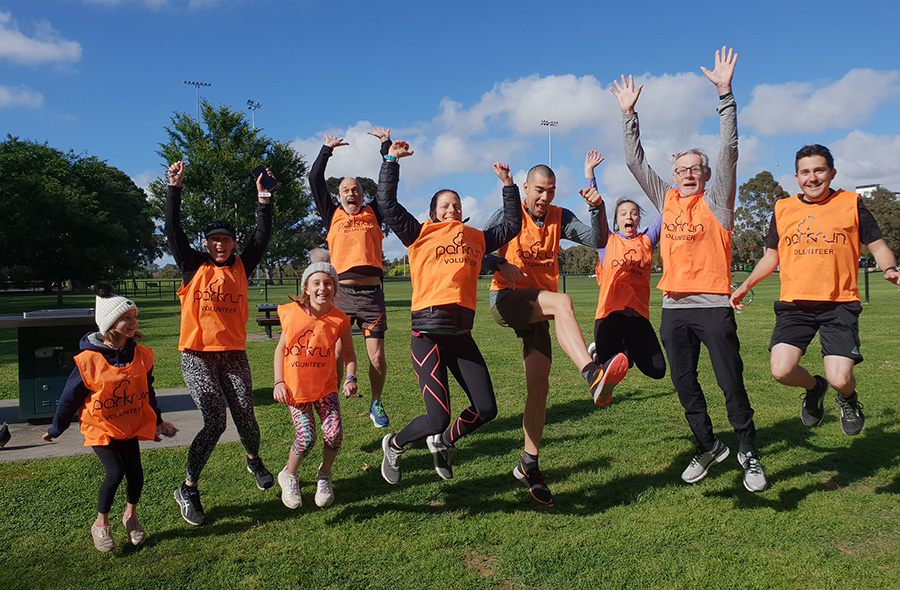 If you come along to Parkville parkrun you’ll likely meet Pam Williams and Gary Sullivan. Both in their 60’s, they’ve been joining us almost every week since a New Year’s resolution in 2017 and now promote parkrun to everyone they meet. They recently reached their 100 milestone which they described as being a great thrill – both agreeing that a black t-shirt is more their colour than red! 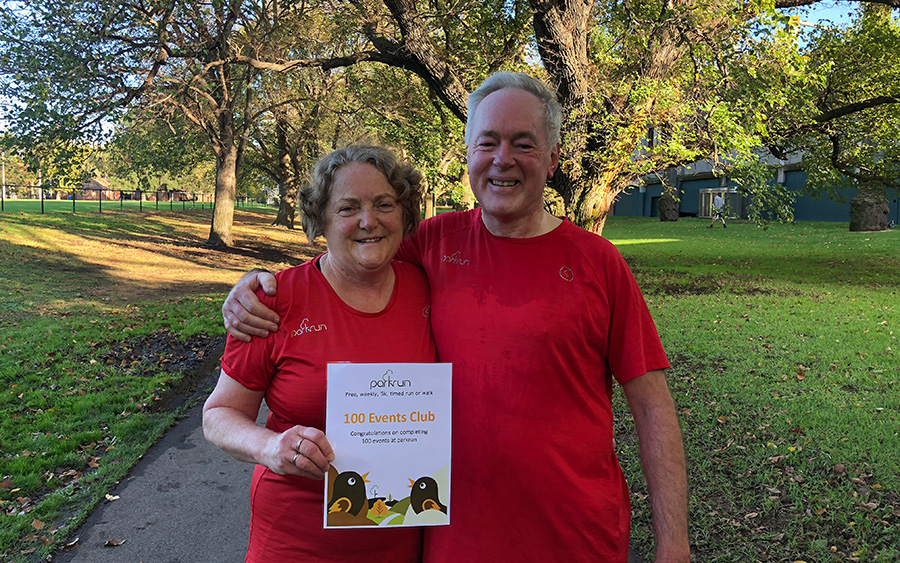 They told us that the thing they like best about Parkville parkrun is the people. “The Run Director team are inclusive and welcoming and the after-run coffee is consumed with lots of laughs”, said Gary. Through parkrun Gary has also reconnected after 60 years with an old primary school friend and Pam with numerous past work colleagues. The physical health benefits of Parkrun are obvious but what they both treasure is the wellbeing boost every Saturday morning. Pam put it this way – “How can you feel down when you are in one of Melbourne’s loveliest inner-city parks with a couple of hundred happy people of all ages and numerous excited dogs?” 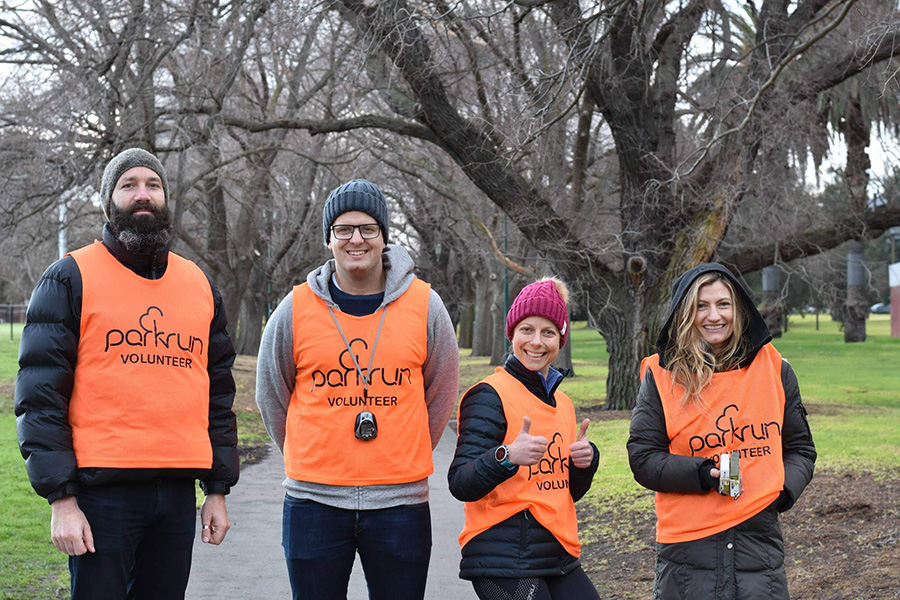 Every week the team go for breakfast, coffee and a chat at Naughty Boy café on Lygon Street. You can even try one of their InstaShakes if you’re game. 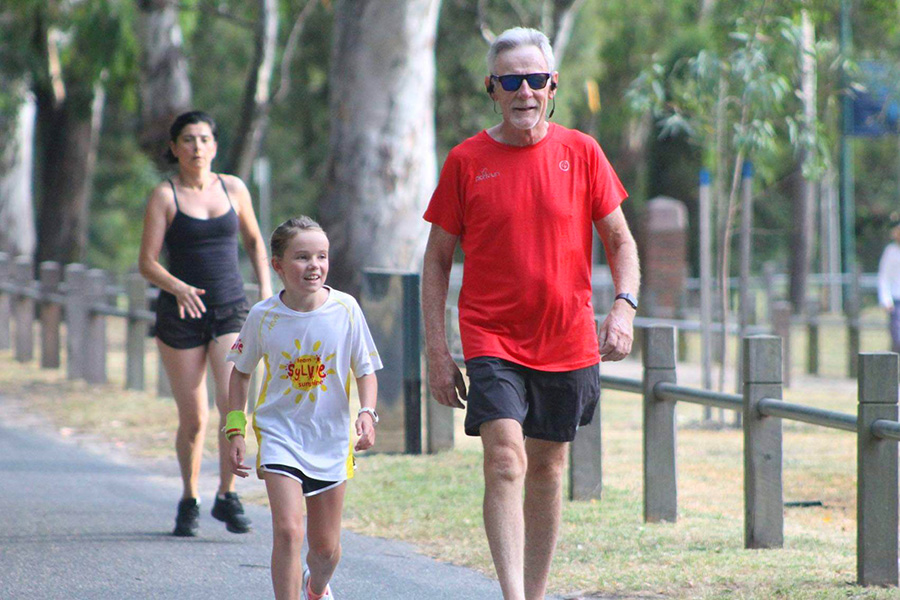