The following article appeared in The Age and the Pursuit this week:

The number of people in Victoria’s prisons is soaring. In the past 10 years the state’s prison population has jumped by 80 per cent to 7666, and in the coming year the government will spend $1.8 billion on its prison system.

How much of this will be spent on programs to reduce reoffending? Less than $50 million.

This despite the hard data showing that more than half of Victoria’s prisoners have already been incarcerated at least once before. Clearly this isn’t sustainable. We need a stronger commitment to investment in innovative programs to stop reoffending by rehabilitating people and better equipping them for life outside. And this is where sport comes in.

Increasingly, evidence is showing that prison sport and physical activity programs can play a key role in supporting prisoners to rehabilitate.

Originally, it may be that sport and physical activity was seen as simply a way to keep prisoners busy, but there is a growing body of evidence that demonstrates a range of benefits. These include improved physical and mental health outcomes, supporting prisoners with adjusting and coping with life in prison, reducing violence and conflict, and perhaps most importantly, supporting the reintegration of prisoners back into the community.

Despite this evidence, sporting and physical health programs for prisoners can draw criticism from the broader community as the intentions of the programs are often misunderstood, or viewed as being soft on crime. This debate was reignited in Victoria late last year when it became publicly known that a high-profile prisoner was being granted day-release to play football in a local community league. In response, the Victorian government immediately suspended the sports program and ordered an urgent review. Following this review, the program was reinstated in April under strict new eligibility criteria and safeguards.

While these programs raise concerns from some corners of the community, the benefits surely warrant the greater attention. Without programs like these we not only fail to help people in prison, but we also fail our community in not supporting prisoners to fully rehabilitate.

A new physical activity intervention to recently enter Australian prisons is parkrun, a socially-focused community activity that in the past decade has become a global phenomenon. Almost 2000 of these free, volunteer-led five-kilometre walk/run events take place every Saturday around the world in public open spaces, and in 2017 the UK introduced parkruns into correctional settings. Inmates volunteer to organise and deliver park runs for the prisoners and staff, which aims to create a sense of ownership and belonging. Participants are also encouraged to invite friends and family to take part in their local parkrun to create a shared experience. 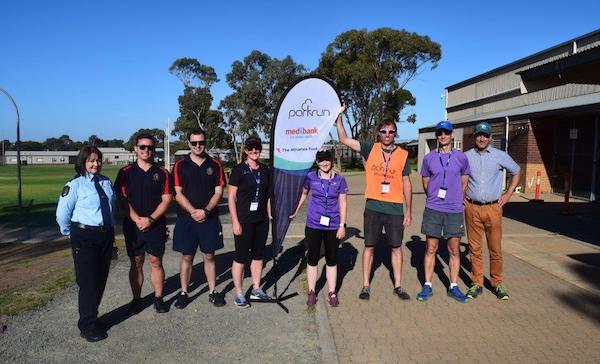 In a recently conducted independent review of sport in prisons in the UK, the parkrun in Haverigg prison was touted as a good practice model for promoting a rehabilitative culture in prison. Inmate participants report the weekly event strongly influenced lifestyle choices such as diet, sleeping, substance use and other physical activity.

This in turn contributes to higher energy levels and better moods which positively impacts the prison atmosphere, staff and inmate interaction, and prisoner engagement with work, education and training.

Former detainees have publicly spoken about how continuing their parkrun journey post-release has provided a positive focal point and supportive social network.

The parkrun programs now take place weekly in 16 UK prisons, and not surprisingly the success has attracted the attention of authorities in Australia. Victoria’s Dhurringile prison recently became the first correctional facility in the southern hemisphere to introduce parkrun, followed by Mobilong Prison in South Australia.

Prison sentences are handed down as punishment, but society also understands that prisoners must be offered every opportunity to rehabilitate. Ultimately if physical activity programs for prisoners help to make our communities safer, they must be given every chance to succeed.

David Gallant is a researcher at the University of Melbourne. Glen Turner is the Health and Wellbeing Lead for parkrun Australia & NZ.