Doctors, nurses and administration staff from a medical centre in Caroline Springs in Victoria took over the volunteer roles at Brimbank parkrun on Saturday, to encourage more local residents to lead happier and healthier lives.

To promote ‘social prescribing’, where GPs recommend parkrun to patients for physical and social benefits, GP Dr Jennifer Maxwell said it was a hugely successful morning. Five GPs, two nurses and five admin staff filled the volunteer roles on the day, with Dr Maxwell running the show as Run Director.

Originally from Scotland, Dr Maxwell said she first heard about parkrun when she was back in the UK for a wedding. Her husband was more of a runner when they moved to Australia five years ago, using it as a way to train for marathons, but Dr Maxwell got into running about nine months ago, to help cope with the joys and struggles of mothering two small children.

Dr Maxwell said they promoted the “takeover” morning at Brimbank for about three weeks and were thrilled with the turn out – both from staff and patients. “There were 64 people at Brimbank the week before and 99 there on Saturday, which was great to see,” Dr Maxwell said.

While Dr Maxwell said she had participated in her seven parkruns at Newport and Altona Beach, Brimbank was suggested for the takeover event as it was closest to the GP practice. She said they realised they didn’t pick the easiest course, given Brimbank is known for being “not flat”, but that everyone tackled the hill with gusto.

“The patients who came were all new to parkrun and they had a lovely time. The majority of them walked the course and about half of them said they would definitely be back,” she said. 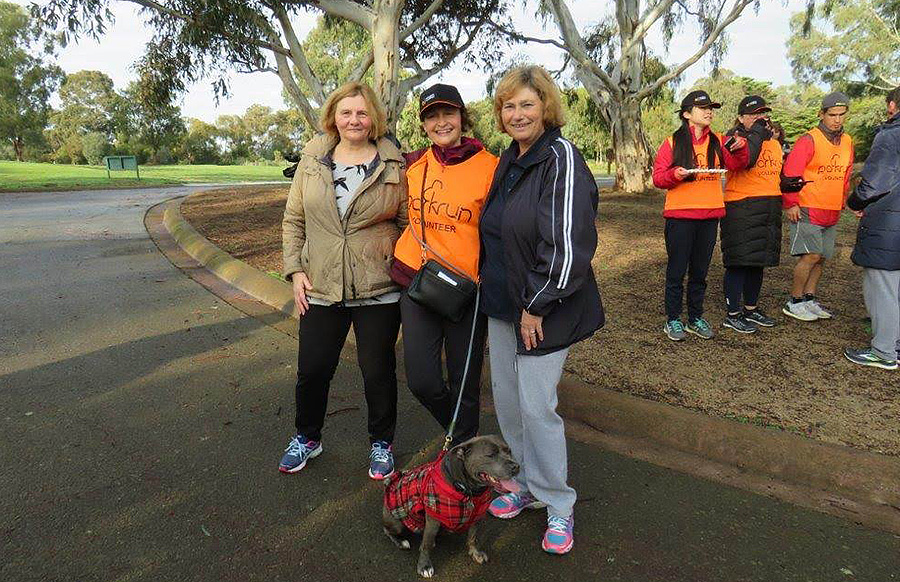 “Participants expressed interest in both running and walking the course again and taking on volunteer roles, proof that parkrun is not only good for physical health but mental health as well,” Dr Maxwell said. “That’s the joy of parkrun. It has given us something really tangible to promote as being both good for physical health and social wellbeing. And it doesn’t matter who you are, anyone can have a go,” she said.

After the success of the morning, the clinic expressed an interest in returning to Brimbank at least once a quarter to take over the volunteer roles.

parkrun Australia’s Health and Wellbeing Lead Glen Turner said “If we are serious about engaging those in society who potentially have the most to gain from parkrun we need to find ways to take our message beyond the point where word of mouth stops. Collaborating closely with health practitioners represents a significant first step because they are a regular touchpoint for many of the people we want to reach, and because of their standing and credibility in the community.

“These takeover events are so important because they increase the awareness and understanding that practitioners have of parkrun, which empowers them to have a conversation with patients who could potentially benefit more from parkrun participation than traditional medication. Additionally, parkrun can have a major impact on the health and wellbeing of practitioners and staff.”

A similar takeover took place at Albert Melbourne parkrun last weekend. On the back of these events and the initial success of the ‘parkrun practice’ initiative in the UK – which empowers GP practices to link with their local parkrun – the Royal College of General Practitioners (RACGP) is exploring a similar initiative with parkrun Australia. You can read more about that here.

The parkrun Practice initiative in the UK has been an overwhelming success in its first year. More than 1,300 GP practices have linked with their local parkrun, which represents around 15% of practices across the country.

You can find out more about parkrun and social prescribing here.