Horsham is nestled three hours west of Melbourne and four hours east of Adelaide on the Western Highway, not far from the Grampians National Park. It is the capital of the Wimmera region and a vibrant rural city of about 20,000 people. It is surrounded by grain and sheep farming and agriculture research and export industries.

The jewel in Horsham’s crown – the Wimmera River – flows through the town, and their parkrun runs alongside it.

Wimmera River parkrun Event Director Andrew Sostheim said their course was a PB chaser’s dream, following a flat, sealed path out and back along the banks of the river.

The course also includes a trip over the new Anzac Centenary suspension footbridge, which gives parkrunners a real “spring in their step”, Andrew said. 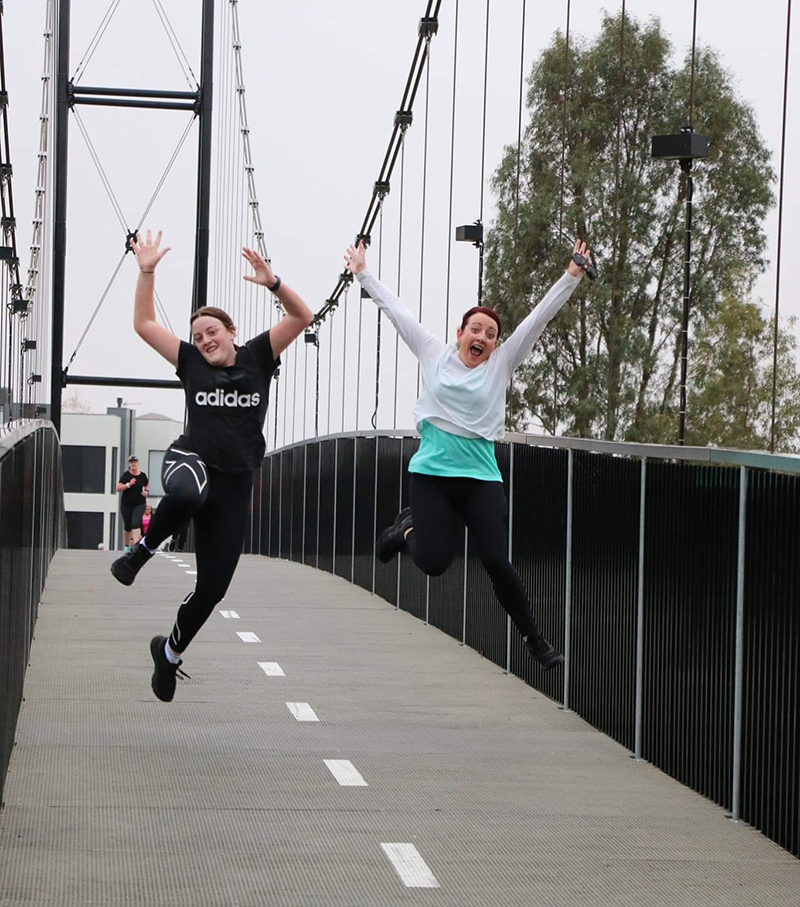 Wimmera River parkrun is both dog and pram friendly, with several sub20 pram running times having already been recorded.

“Our parkrun is lead by a brilliant volunteer team with fantastic community support. Wimmera River parkrun is a beautiful course under the big sky,” Andrew said. 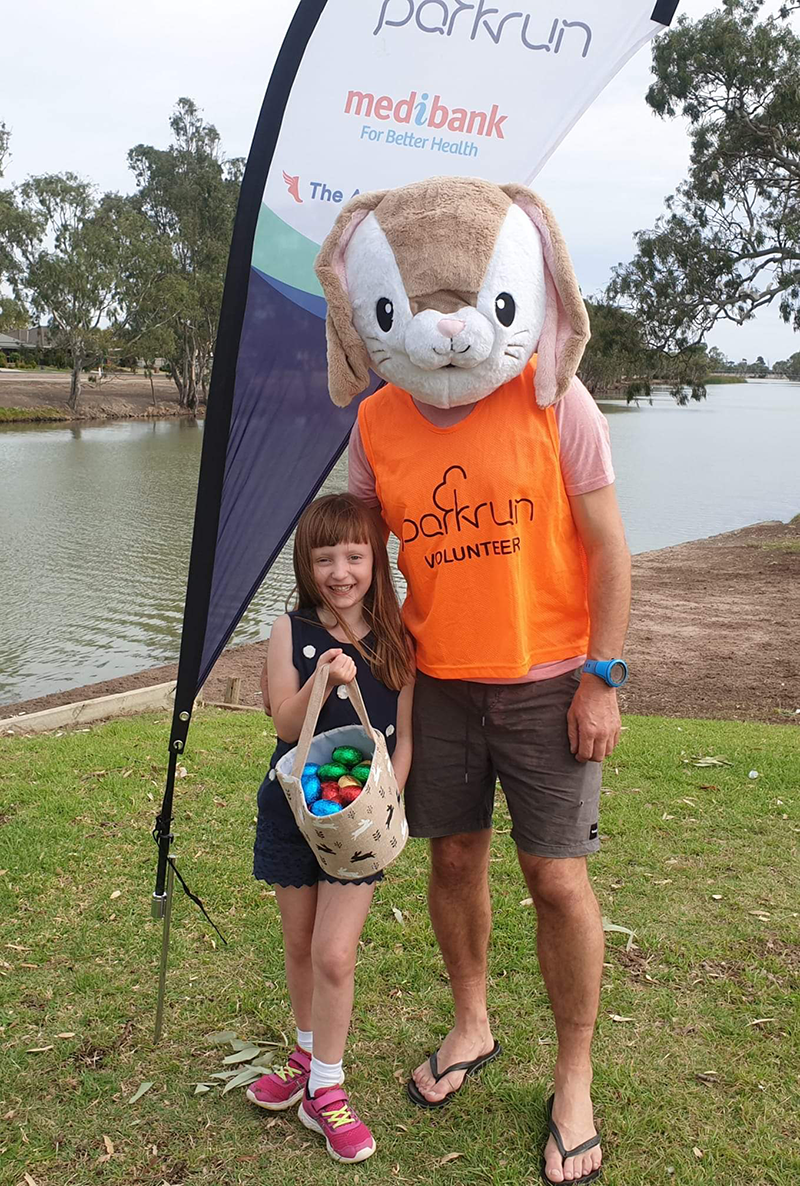 That community spirit was never more evident than when the team received a message from a brand new parkrunner who was lost trying to find the start line.

“Our Run Director did a quick dash to pick up the UK tourist who was here on a working holiday in Horsham to get her to the pre race brief,” Andrew said. “Over the next six months she became an integral part of our event. Ever smiling, she created some life long friendships while smashing her fitness goals running or volunteering each week. Recently returning to the UK having never participated in parkrun before she came here, she is now looking forward to seeing how it works on the other side of the world too.”

A caravan park is located on the course – about 300m from the start line – offering plenty of accommodation options for the keen parkrun tourist.

A unique aspect of the course is that the majority of the courses can be viewed from the start and finish line area, as the path crosses to the opposite side of the river to head in the opposite direction. Providing a great opportunity to support the parkrunners with high fives and cow bells. 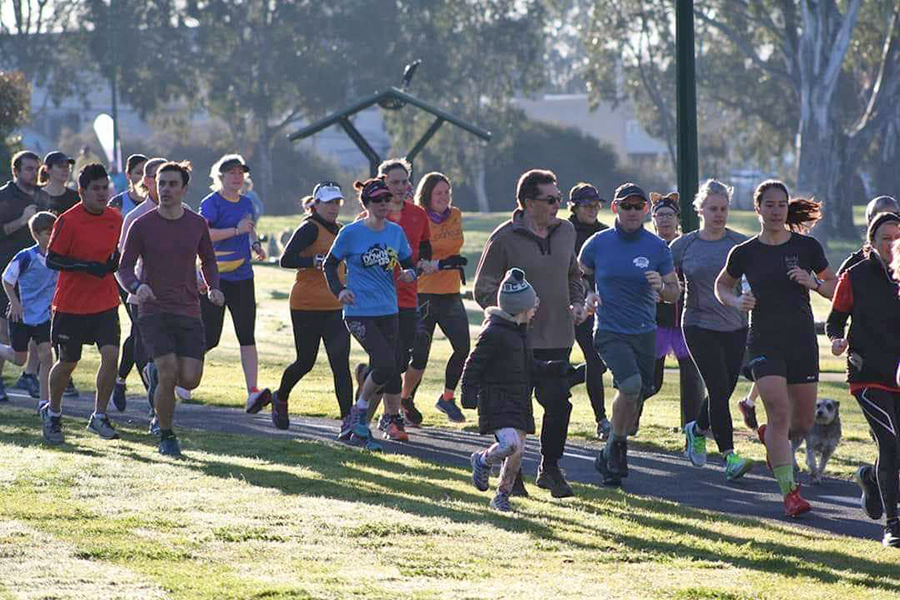 Wimmera River is still in its infancy in parkrun terms, with its first birthday coming up in August. “It has been wonderful to see the Horsham community embrace their new parkrun event. Participants here are catching the parkrun bug and learning about parkrun tourism,” Andrew said.

Recently, the event was recognised at the local 2019 Volunteering Recognition Awards. Wimmera River parkrun took out the Community Health Award which recognises community programs that actively promote and support the health and wellbeing of the Wimmera community. The event also took out the Overall Leading Volunteer Organisation/Program award. 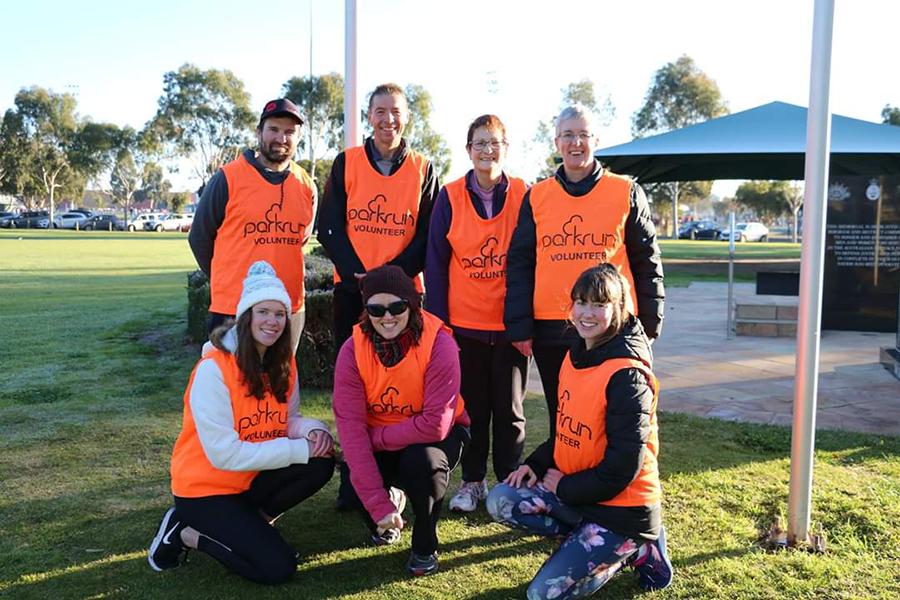 For the essential post-race catch up, Andrew said there were several great cafes in town, only a 500-700m walk from the finish line. 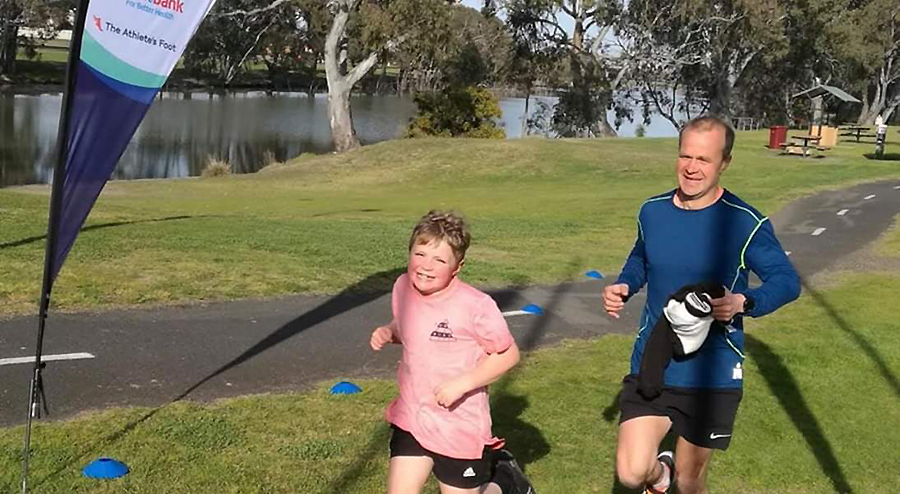