I started parkrun at South Bank in Brisbane in January 2013, but quickly made Wynnum my home parkrun as I would meet my brother there and greatly enjoyed the weekly catch up, the wading pool in summer and the occasional dolphins swimming along the coast. I was moved to Adelaide for work in October 2014.

I have generalised anxiety and depression and have been medicated with varying success for the last 3.5 years. Aside from the standard range of physical and mental symptoms and periods of inability to work that this has inflicted, it made me quite reclusive, I lost a lot of confidence and I became unreliable as I could never commit to anything as I could not predict how I would feel on any given day. I struggled to maintain contact with anyone other than my partner as socialising became difficult and I felt I had nothing positive to offer.

I started volunteering at West Beach parkrun after blowing out my ankle in November 2017 (in the sitting roles!) and have since volunteered there 65 times. I did not know anyone when I started volunteering. I found it hugely positive, often the highlight of some very dark weeks, no-one knew what I did for work, what I was dealing with, there was just the jokes and comradery that exist between runners and volunteers. For that hour I was positive, happy, contributing and included – fake it til you make it? I also met some wonderful and inspiring people there who I consider myself fortunate to now call friends. 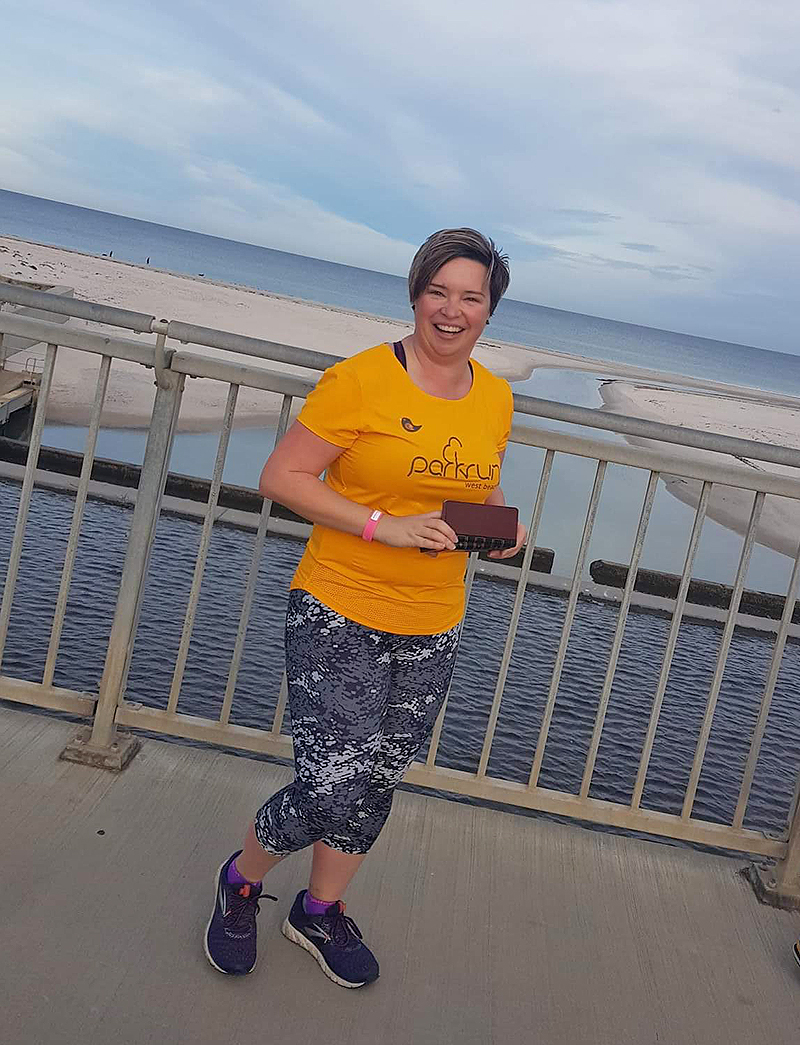 I was asked to become a run director in mid-2018, while my illness had made me unreliable in other aspects of my life, I was a dedicated volunteer. I get great pleasure out of helping others achieve their goals. I mainly said yes as I tend to get really nervous and stressed about talking to a crowd (particularly informally) and I considered it a chance to practise my public speaking. Historically I got so nervous that I can’t hold notes as I shake too much to read them. My RD debut was so short we had to hold the runners back for 3 minutes until 8am! With 17 RD volunteers under my belt now my inner show pony has emerged and I almost need to be kicked off the wall where we give our briefing. I almost burst with enthusiasm, I know many of the runners and I aim to get at least one lot of chuckles each time. I know who I am there.

I am now co-Event Director at West Beach (since Feb 2019), a role that brings me a great deal of pride and a quiet confidence in my ability. parkrun and volunteering have been instrumental on my recovery journey and in finding a better balance in life. There are still good days and bad days but the good are winning- I recently completed my 100th milestone! STOKED