The Adventures of Cluck Norris!

Cluck Norris, a well-loved rubber chicken, resides at Wyndham Vale parkrun and is an unusual, but integral, part of the Event Team.

Wyndham Vale parkrun has added a bit of entertaining frivolity to Saturday mornings in the form of Cluck Norris, the rubber chicken. Cluck has been a regular every Saturday morning since January and has fast become one of the more popular participants! Cluck has a particular fondness for volunteering and will do anything from taking the kids under his wing to egging on parkrunners to a PB. He will even keep the flock in line and make sure everyone is in the right pecking order!

Bad chicken puns aside, Cluck began at parkrun after the starting horn that had previously been used ceased working. Joint ED’s, and husband and wife super couple, Maria Lodola-Price and Andrew Price needed something to fill the void. Maria explains Cluck’s first appearance, “We used to have a little air horn for when we started parkrun but it ran out of juice and wasn’t working anymore. We had a rubber chicken at home and brought that along because it made a honking sound. Andrew is a high school teacher and one of his students had named the chicken, Cluck Norris, so that’s how Cluck got his name and began at parkrun!” 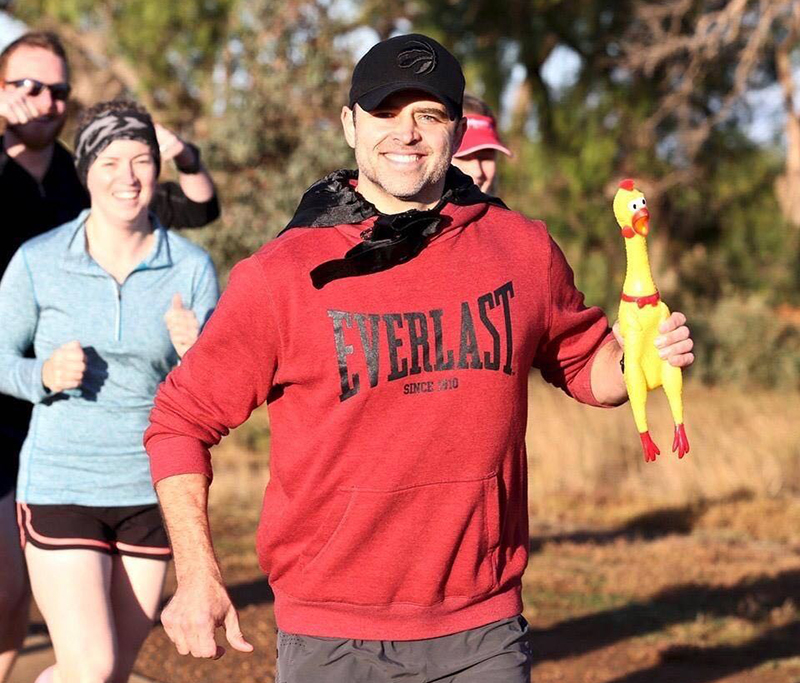 Cluck no longer starts each event and has now moved into his favourite volunteering role of chief marshal. He situates himself with another volunteer along the undulating out and back course that follows the Werribee River. Cluck will honk his encouragement to all the runners and walkers as they go past.

Kids in particular love Cluck Norris. He adds lots of humour and fun and the kids love getting an encouraging honk from Cluck. Recently, one girl was struggling to reach the finish line, so Cluck jumped alongside her and encouraged her the whole way back – she even got a PB! Another girl volunteered as a marshal and had fallen in love with Cluck so much that she wanted to take him home. 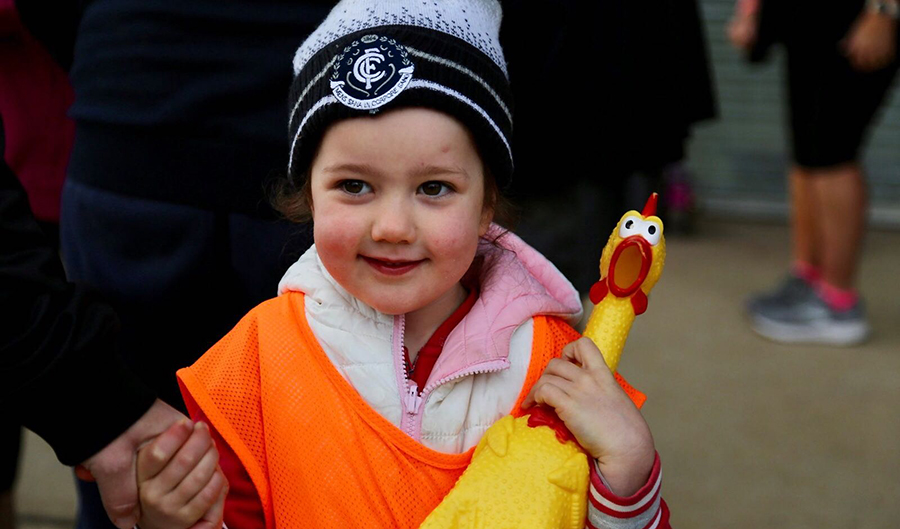 Cluck Norris has very much become part of the parkrun fabric at Wyndham Vale. He is bringing a light-hearted and fun side to volunteering which everyone loves. Maria believes Cluck has helped encourage people to volunteer to some extent saying, “the volunteer roster fills up two months in advance and sometimes people can find it tough to get a volunteer spot. This is partly because it’s a well-established event, but I think Wyndham Vale parkrun is very friendly and welcoming. People want to hang around and have a chat after they finish.” Maria and Andrew have done a great job of creating a fun atmosphere at parkrun and ensuring that everyone feels welcome.

Maria continues with her thoughts on the importance of volunteering in saying, “I think volunteering gives you the opportunity to connect with the event and the people, whether you are marshalling and encouraging people on course, or barcode scanning, it allows you to connect with everyone who is at the event. It makes you feel like you’re a part of something when you volunteer.” 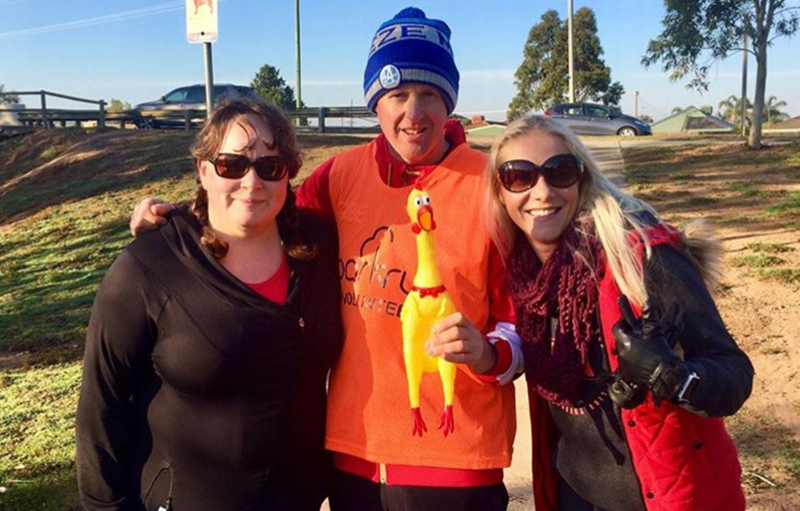 Cluck has strengthened the Wyndham Vale community by giving participants an opportunity to connect through humour and a light-hearted vibe. He’s also added a lot of fun to volunteering all thanks to an amusing honk!

Hi, I am Dr Michelle Redford and I am one of parkrun Australia’s Health and Wellbeing Ambassadors. This is a voluntary role that is a fabulous opportunity to work with clinicians to help more people to find parkrun. By working with parkrun, GPs and practice teams around the country can help people take more control…