Rites of Passage of parkrun

The 622 strong peloton at Newy parkrun last Saturday experienced two rites of passage before they had even run a step.

As parkrunnners arrived on a perfect spring morning a wedding was taking place just across Throsby Creek from the start on Mt Carrington. Louise Adderley and Wil Gardner met through running and could think of nothing better than to have their nuptials leading directly into parkrun and replacing the traditional first dance with their first parkrun as a married couple. 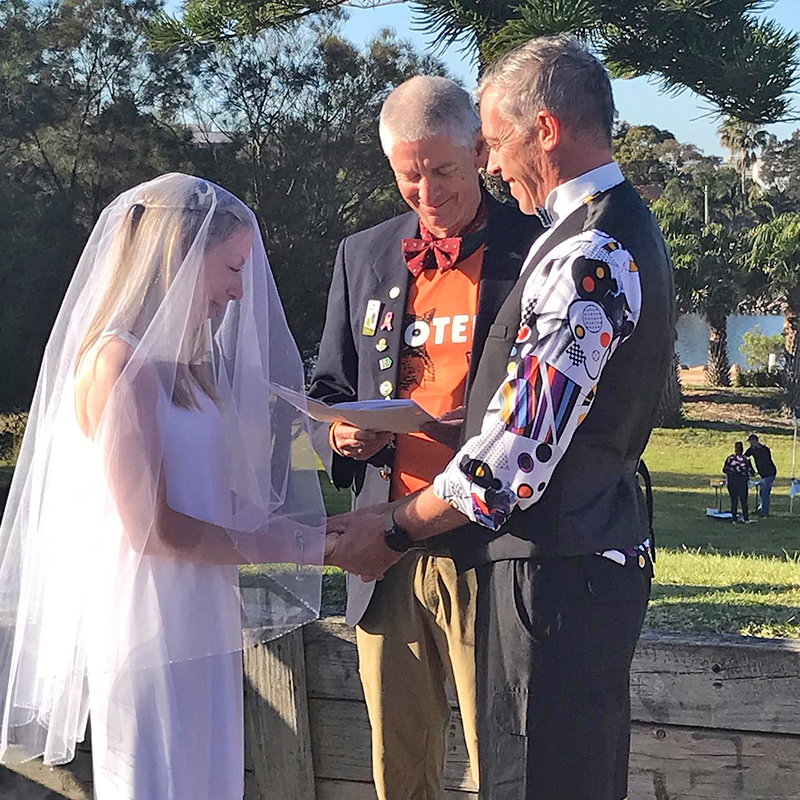 The dress code, of course, was ‘activewear’ and so the bulk of the sixty or so guests then seamlessly moved into parkrun mode.

The briefing included the Newy tradition of the ‘raising of the barcode’ following the recent death of one of their favourite Carrington locals – Maureen Grealy – who totally imbibed the parkrun spirit. She was a smiling and encouraging figure at both Newy and The Beaches.

Maureen completed 119 parkruns and volunteered 40 times and had the honour of being the 100,00th finisher at a single event (indeed the first ever in Australia) – a feat achieved in February 2017 – and one which she wore as a badge of honour. Three weeks ago Maureen walked the Newy course for the last time and died unexpectedly of a stroke a few days later. She was 71 and will be greatly missed.

Newy parkrunners were able to mark this occasion with respect and then shortly after give a joyous guard of honour to the Newy-weds Wil and Lousie.

Such are the mysteries of life and the community spirit of parkrun.