An Aussie in Finland

Feeling at home in another country can be really tricky, but for Kerryn Saarinen, parkrun has helped her to settle into a foreign country.

Finland is known as the land of the thousand lakes and is made up of 70% forest. Sounds quite serene but its also a country that has more saunas than cars, more heavy metal bands per capita, consume more milk than any other country and have a very odd sounding language. The quirks of Finland have not been lost on Australian, Kerryn Saarinen, who now calls Finland home. Thankfully, parkrun has been a way to bridge the gap between lörtsy and a meat pie.

Kerryn married a Finnish man and lived together in Australia for several years before moving to Finland. They have lived there for 15 years just outside of Helsinki. Initially, Kerryn found the language to be incredibly difficult and as the hardest thing she had to adjust to. The Finnish language is very difficult for English speakers to pick up and was the biggest struggle she was faced with in her new home. After becoming semi-fluent, Kerryn was able to settle in a bit more and find a job as a nurse.

I wasn’t until 2018 that Kerryn came across parkrun through an online chat group of local English speakers. She mentioned how she would like to become fitter and healthier and asked for suggestions on exercise groups. parkrun was mentioned but at the time there was only one parkrun event in Finland which was over two hours away from where she lived. However, Kerryn kept an eye on the parkrun website as the idea of parkrun intrigued her and sure enough another parkrun began in Helsinki, Tokoinranta parkrun, in September 2018. Kerryn says, ”I grabbed a friend and went along. The idea for it was to be some extra motivation to get off the sofa once a week and to see my friend regularly. And to perhaps meet some new people as well.” 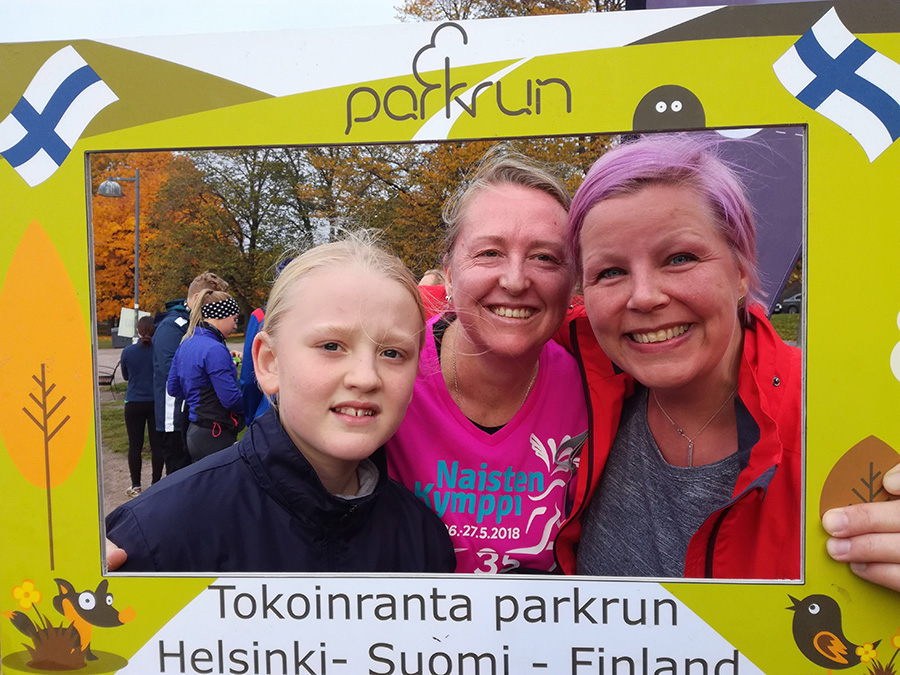 “Due to working three shifts, and about an hour away from Tokoinranta parkrun, I haven’t been able to participate as often as I would like. If I can make it once a month I am happy. My fitness is not so great which is another reason for participating, so I have been trying to build my way up to jogging the whole distance.”

Kerryn has got a real buzz out of volunteering and has enjoyed volunteering more than participating as a runner or walker. “I really enjoy volunteering, my friend and I have been timekeeping together. My daughter Mathilda can also come along and I enjoy the social aspect of the parkrun. Volunteers are really friendly, and the organisers are great.”

“There is a definite feel good factor to volunteering at parkrun and meeting new people. And of course when I do get to jog that is positive. It’s being active and starting Saturday off with some activity that is wonderful. I really enjoy all aspects of the parkrun. I hear there are a few more starting in Finland in the coming year, I hope it really takes off because it’s lots of fun.”

We wish Kerryn all the best for her parkrun journey in Finland! 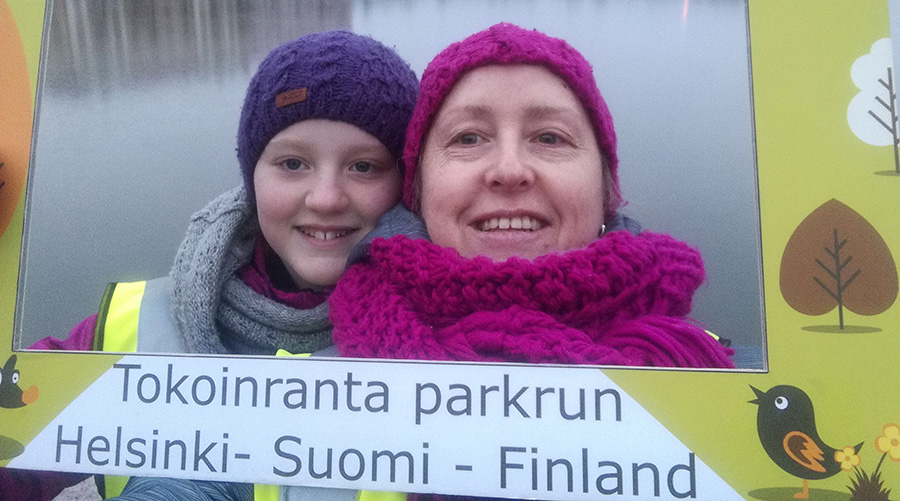