When Brit Steve Darby started parkrunning, he could have run all the parkruns in the world in a single month.

Then 42, now 53 – Steve will notch up 500 parkruns this Saturday and will be the first person outside the UK to do so. To date, only 70 people in the world have reached the 500 milestone and all are from the United Kingdom.

Steve, who is from Yorkshire but now lives in Auckland, ran his first parkrun at Leeds parkrun in 2008. While that event is now known as Woodhouse Moor parkrun, it is one of 219 different events Steve has run. Woodhouse Moor has been his most frequented event, with 53 appearances, but he’s also run six parkruns in Ireland, nine in Australia, 22 out of the 29 in New Zealand since moving there in 2017 and three in Poland.

“When I started Leeds was the first parkrun outside of London and there were only four parkruns in the world. I could have run every parkrun in the world in a single month – no one can say that now,” he said. 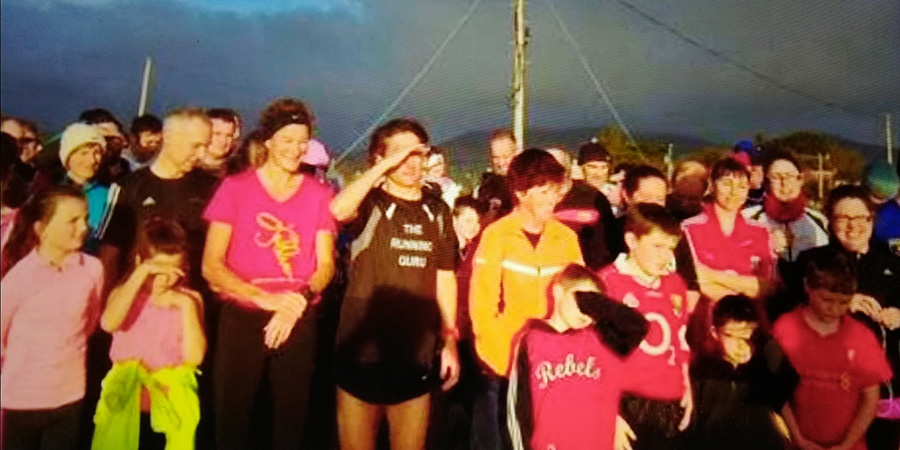 Steve was previously a runner when he found parkrun, but said parkrun gave him an avenue to get back into it and he noted that he was incredibly proud of his steady improvement in the early days and then his consistency with a fastest finishing time starting with a “17” for the past 10 years.

Steve should have hit 500 weeks ago, but that bad luck had thwarted his plans. “A friend had worked out which date it was going to be and he booked plane tickets down to Christchurch as we’d agreed to do it at Pegasus. Then I was driving home from work one day and got my car written off and I badly injured in my lower back – that knocked that on the head. Then I tried getting going again and had another car crash – someone ran into the back of me. I missed seven weeks of parkrun – I couldn’t run at all. That’s the biggest break I’ve had from parkrun – I can’t previously remember missing more than one week,” he said.

Steve’s home event is Hobsonville Point – a newish event in Auckland. His nearest Barry Curtis, but he said due to its hard surface, he’s not going there as often since the accidents. 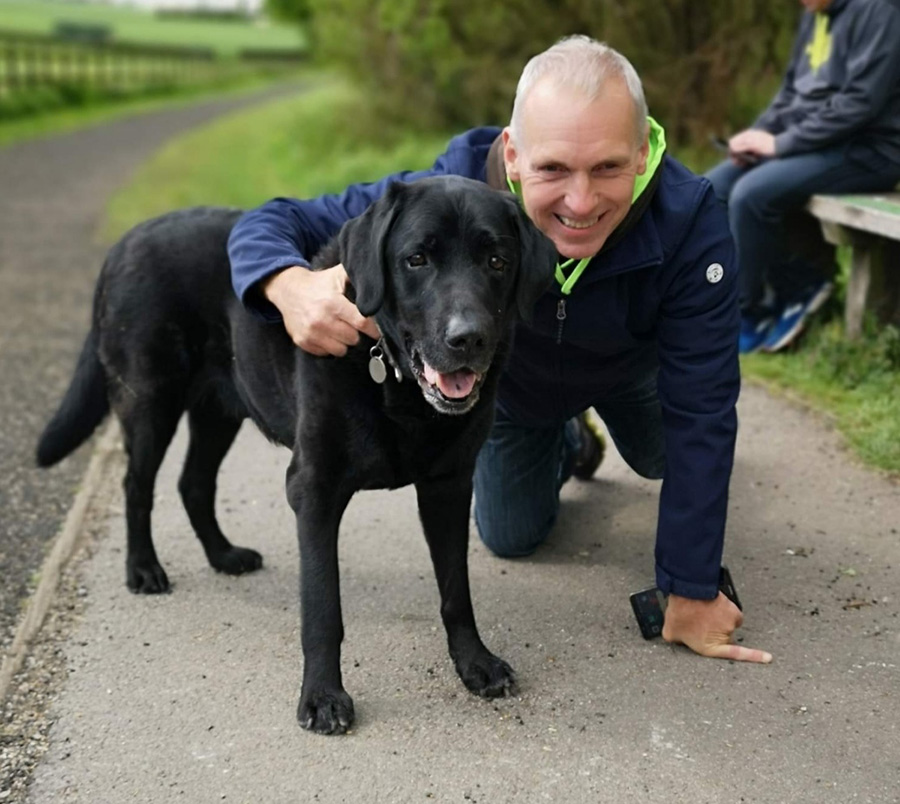 Steve said he loved that parkrun gave him communities of like-minded individuals to tap into, anywhere across the globe. “That’s the best thing about parkrun, wherever you go, you’ve got these ready-made 5km courses. Sometimes I go and do a new parkrun somewhere in the world, even Australia, then I’ll go and do another three or four courses that day as freedom runs. You see a lot of new places, usually nice scenic places, too,” he said.

While it was great to have once visited the original home of parkrun – Bushy parkrun – Steve said he preferred smaller and quieter events. A keen parkrun tourist, he said he differs from other tourists though. “What makes me unusual compared to other tourists? They’ll have one or two events where they’ve done a load then lots of ones – when I like parkruns, I go back,” he said. 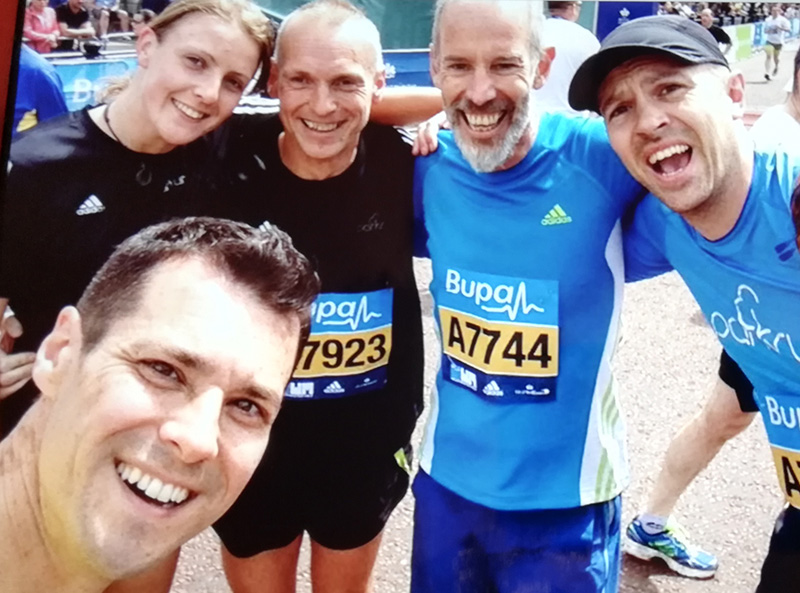 Like many parkrun fanatics, Steve said it was not really about running – but rather the coffee. “Last Saturday we managed four hours in the cafe after parkrun,” he said.

Steve has also been an avid parkrun volunteer over his many years of involvement with most instances not making the record books. “Before the t-shirts came along, we didn’t always record our volunteer appearances. Back in 2012 I was the Event Director Dewsbury in the UK then after that I became the ambassador for the Yorkshire region, so that was almost a full-time job, setting up new courses and training teams and you don’t see any of that on profiles,” he said.

Finding it almost impossible to answer the “what is your favourite parkrun” question, Steve is happy to name his most unique tourist adventure… Bere Island. “It’s just off the south coast of Ireland. It’s the only parkrun in the world run entirely on open roads. The island is lawless with no police – they just make their own rules. Only about 150 people live there. We had the most unique reason for starting late – we had to wait for a dinghy to come ashore – with the boys from the Irish navy,” he said.

Steve said he really didn’t think doing 500 parkruns was much different to doing one. “Doing 500 is no different to doing your first one – once you get into the routine, you just do it. But you do have to look after that t-shirt!” he said. 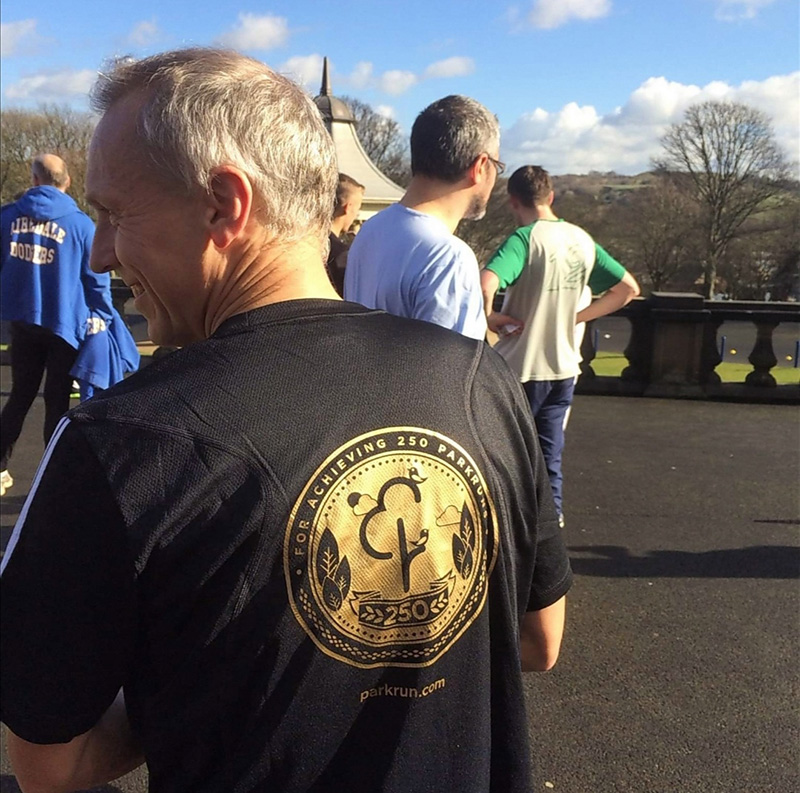 And he’s encouraged plenty of people who had never heard of parkrun to become as passionate about it as he is. “Sometimes you don’t even have to try that hard,” he said.

Does he have plans beyond 500? He said he can’t ever imagine stopping. “I can be a bit evangelical at times, but it’s true, I just can’t imagine giving it up. But it’s still all about the coffee and always has been.” 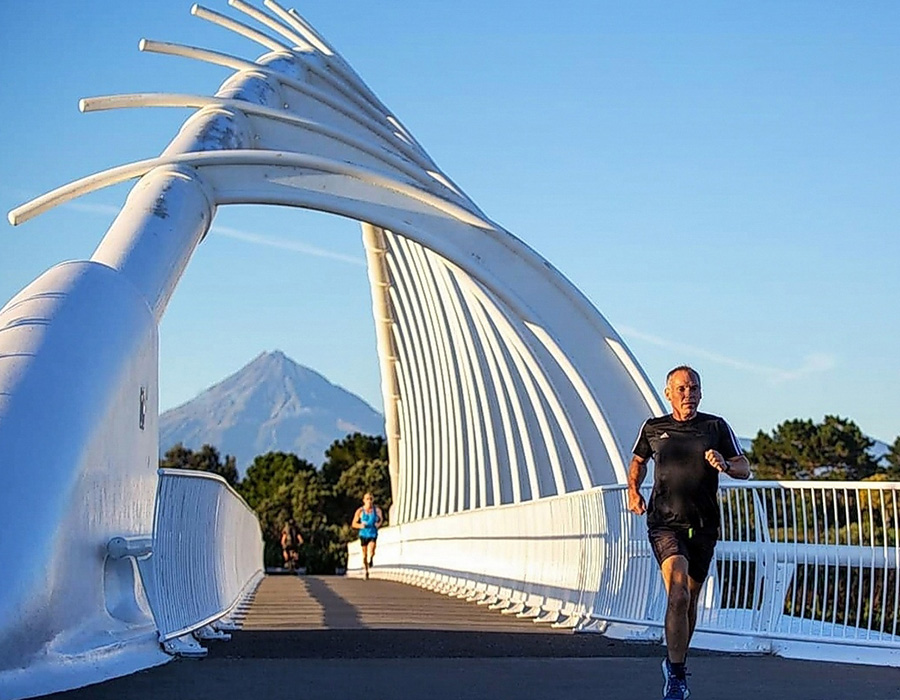