What leads you to parkrun

Ros Heit might never have found parkrun or started running if she hadn’t got diagnosed with breast cancer.

It was August 2015. Ros had just become a local councillor through a by-election in the South Burnett Regional Area (just inland of the Sunshine Coast, QLD) and suddenly her world was turned upside down.

Breast cancer. The diagnosis came out of nowhere and took her by surprise, as she knows it would for anyone receiving this kind of news.

Being the determined woman she is, Ros turned to Google and learned as much as she could about her diagnosis as she waited for treatment. She found the Australia Cancer Research websites had a lot of good information and she diligently armed herself with as much scientific knowledge as she could take in.

Ros felt very grateful that she was able to go in for surgery just one week later. And yet, this was to be the beginning of nine intensive months of medical treatments including a mastectomy (breast removal) and an axillary clearance (clearing the cancer out of the lymph nodes in the armpits), followed by six lots of chemotherapy, plus radiation, and then finally onto an IV drip for a persistent seroma infection.

Nine months gave Ros a lot of thinking time. She knew that to stay hopeful she would need something to focus on, so she continued her research from pre-treatment with a new focus; how to stop the cancer coming back.

There were two big things Ros found in her research that she decided to implement. One of these was the food and drink she was consuming. She made dramatic changes to her diet by cutting out sugar and alcohol, starting this new diet whilst she was still on treatment. Ros says, “I know that this isn’t the path for everyone but this was what I decided to do, to support my body and help it cope with the treatment and help reduce the chance of the cancer coming back”.

The other major change to her lifestyle, encouraged by so much of the scientific literature she was reading, was exercise. 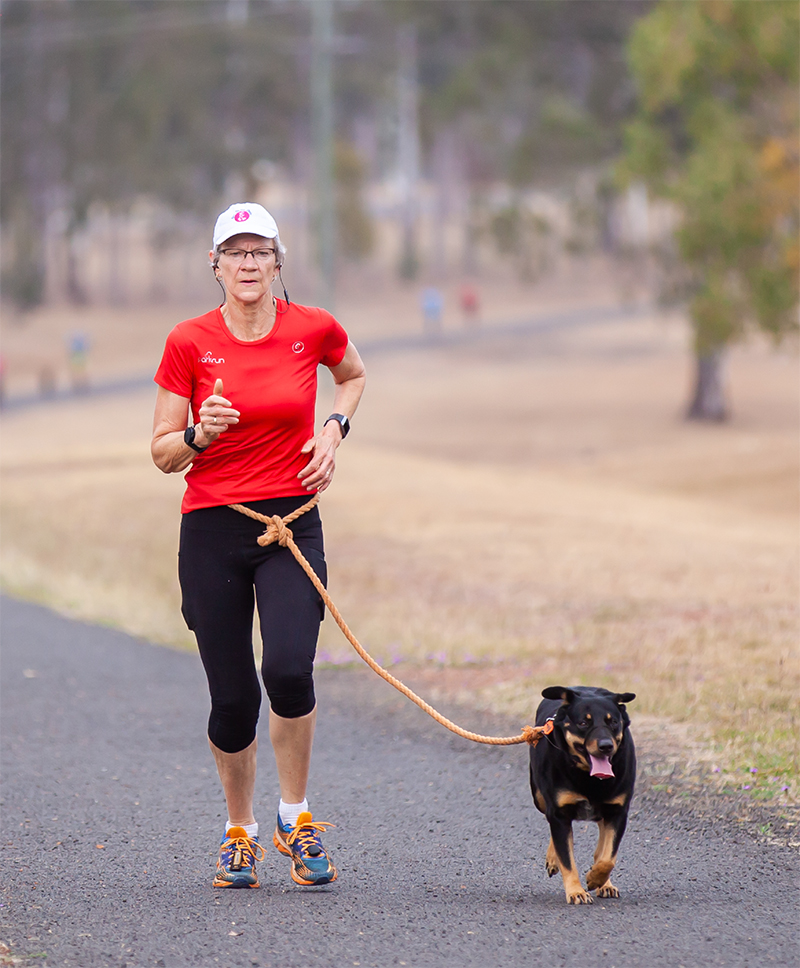 With enduring determination after one of the hardest nine months of her life, Ros got off the IV drip on 31st May (2016) and on 1st June she started the “Couch to 5k” program. It wasn’t easy, she tells us. “The program is designed to be done over nine weeks but I had to repeat weeks as my progress was slow. But I just kept at it and got it done,” Ros states. She was now starting to integrate real exercise into her life.

Before long, her friends and parkrun tragics, Bruce and ML Trusler in Brisbane told her about this wonderful thing called parkrun and encouraged her to check it out. As she heard her friends speak so enthusiastically, she found herself wondering why more doctors aren’t prescribing parkrun or even exercise in general.

Back to Google she went yet again and after learning more about parkrun Ros loved what she saw, but she quickly discovered there was no parkrun up in her area. So with that same determination that saw her tackle her cancer diagnosis head-on and make proactive lifestyle changes to reduce the chances of it coming back, Ros decided she was going to bring parkrun to her community.

She got together with some local friends and looked for a good spot. Of the small local towns in her local area, Ros realised that Wondai would be a great location and so started planning with this in mind.

Throughout her cancer treatment, Ros had decided to stay on as local councillor and through her work connections, she found out that there was a “Drought Community Fund” that might be suitable for her goal. She made a case stating the benefits of parkrun for helping with social isolation in this local regional area, and was able to secure the funds.

With the funding sorted, Ros and her willing friends started trials of the soon-to-be parkrun in December of that same year. And on 14th January 2017 Wondai parkrun launched under the excited and grateful eye of parkrun’s then brand new ED, Ros Heit.

In under 18 months, Ros had gone from not being a runner or thinking about running much at all, to undergoing major breast cancer treatment, re-shaping her entire lifestyle and starting a new parkrun in an area that had none.

Fast forward to today, another two and a half years later, and Ros well and truly thinks of herself as a runner. She’s healthier than she’s been in years and has consistently been able to complete her home run in under 30 minutes on many occasions.

Still the ED at Wondai, if she’s not running with her dog or dressing up with friends, Ros is filling one of the volunteer roles to support her local community that she now loves more than ever before.

She sees how much her little parkrun, that averages 49 runners a week, is helping especially the older people in her community, as well as doing just what she had hoped; it is improving the mental and physical well being of so many of those who live in South Burnett Regional Area.

Being diagnosed with breast cancer was hard. It was hard on Ros who says, “The hardest thing was to manage everyone else’s emotions in the process. We have three children who were obviously shocked and upset. I had to make lists to ensure I kept friends and family in the picture and to help me to manage their emotions and responses to my diagnosis”.

But she got through it, together with the support of her friends and family. She made decisions and changes in her life and was proactive about her health. She knows the way she tackled this challenge is different to how other people might do it, but the biggest thing she wants to convey is that there is hope.

She encourages people who are facing similar situations to do something. “It doesn’t have to be as dramatic as the changes I made,” she says, but she is insistent, “do something! If it’s to start walking around the block or take one unhealthy thing out of your diet or start going to parkrun, it’s all steps in the right direction”.

Ros also encourages people to get as much information as they can. “Talk to your health professional. Learn as much as you can, and do the best you can to help your body deal with the treatments you choose,” she implores each person she speaks with on this topic.

What Ros has come to realise is that a major diagnosis doesn’t necessarily mean it’s the end. It might, in fact, lead to some wonderful new beginnings. 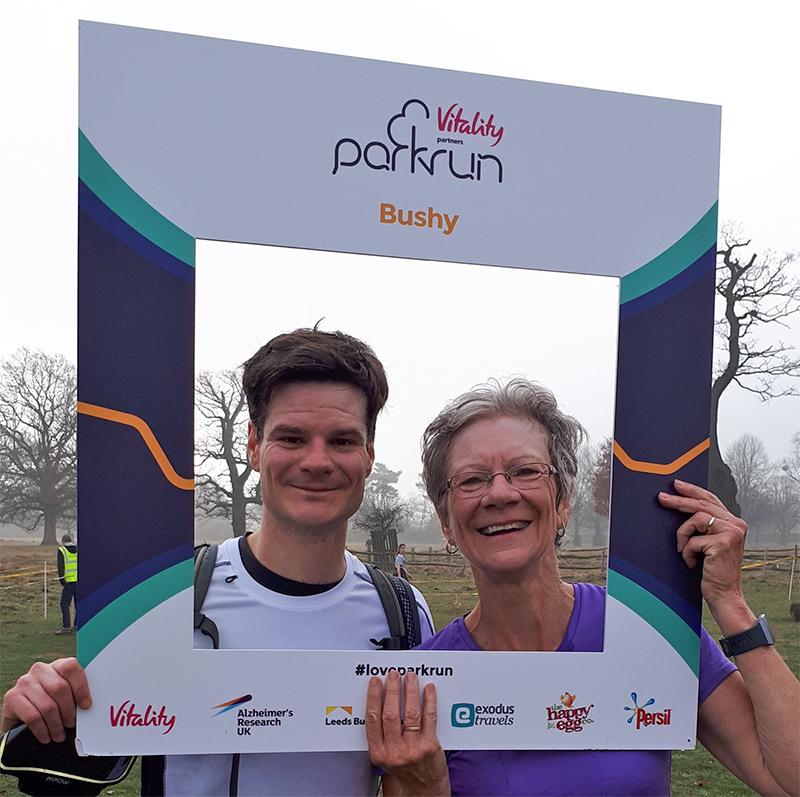 Ros and her adult son Peter will be running in the 2020 London Marathon and are raising funds for Worldwide Cancer Research. To learn more about their fundraising efforts or donate click here