Bundaberg might be well known for Bundaberg Rum, sugar and ginger beer but the regional centre 400km from Brisbane also has a great parkrun.

A southern gateway town to the Great Barrier Reef and a popular nesting ground for Loggerhead turtles, Bundaberg is situated on the Burnett River. The three laps of Bundaberg parkrun travel alongside the river.

The mostly bitumen course is dog and pram friendly and has plenty of shade. There’s also a challenging hill on the backend of each lap.

Regulars say the way the sun reflects off the river, especially in winter, is spectacular, with glimpses through to rowing teams and fishermen checking and resetting their crab pots.

Since launching in early 2017, the event has grown steadily but rather than numbers, the team prefer to focus on the types of people they attract, which is friendly families and locals. 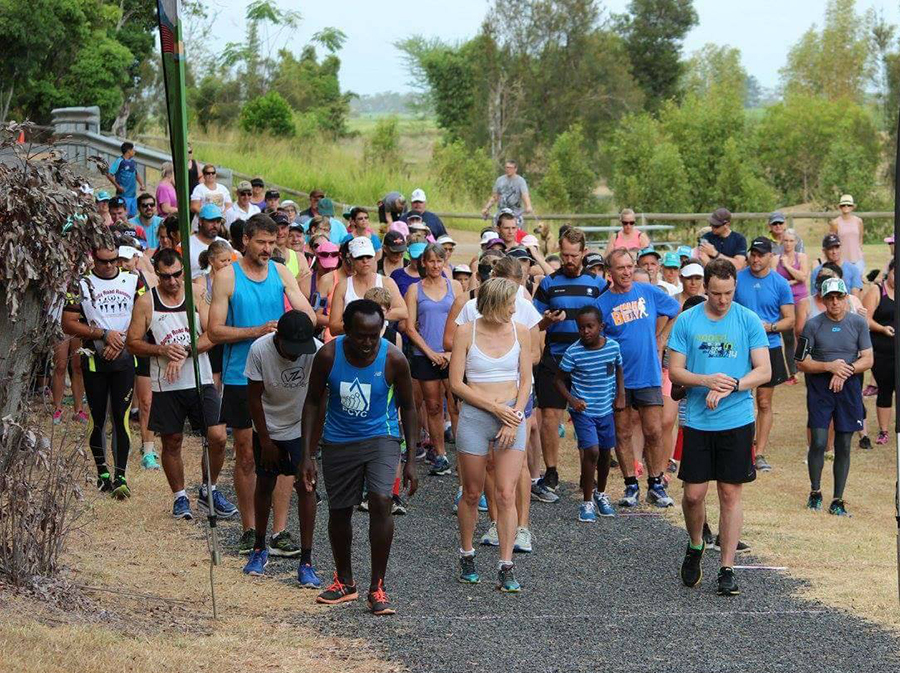 The course is also behind two hospitals and an ambulance station, meaning every so often, Lifeflight helicopters come in to land just over their heads.

Run Director Matt Gees first found parkrun in Brisbane in 2014 when he was looking for a fitness activity that didn’t involve a gym membership. “I discovered Berrinba parkrun and loved it. When my family and I returned to my home town of Bundaberg in 2016, I was sad to leave. But then I got wind of someone trying to get an event up and running here and reached out. “The ED loved that I had previous parkrun volunteer experience and I was quick to sign up as one of the first RDs.

“I love this event. I love the fitness aspect, the outdoors, the fact that I don’t have to beat anyone else and the only challenger to me is me. But I also love that as I push myself to be better, I have a whole bunch of people around me that cheer and encourage me,” Matt said.

Matt said there was a great camaraderie at Bundaberg parkrun. “We get to know each other and look forward to catching up weekly. Everyone who visits notices the friendliness of our parkrun family, and you’ll often see people arriving early for their run for no other reason than to have a chat and maybe even help set up. Even at the end as the stragglers move off, we’re never short of helpers to pack all the gear away and load up so the RD can get going,” Matt said.

While there is no where overly close to go for coffee after the event, the participants and event team always hang around for a chat.

On 1st Feb 2020, I did my 150th parkrun. Even though it was a really hot morning we still managed to have a lot of fun and laughter. The biggest surprise for me was that 2 of my friends travelled 3hours (one way) just to come celebrate with me.   I never thought I’d see…