When Koonwarra parkrun launched in November 2017, event director Ebony Knox was looking for a word to describe the community of Koonwarra and their acceptance of parkrun. “I came across the concept of HYGGE, which has become a bit of a buzzword,” Ebony said.

“However you pronounce it, “hue-guh” or “hoo-gah” it’s a Danish word used when acknowledging a feeling or moment, whether alone or with friends, at home or out, ordinary or extraordinary, cosy, charming or special. “This sums up Koonwarra parkrun! All of us love making a hoo haa! We celebrate every Saturday by just being happy to be surrounded by special people; young, old, regulars, visitors and first-timers,” she said. 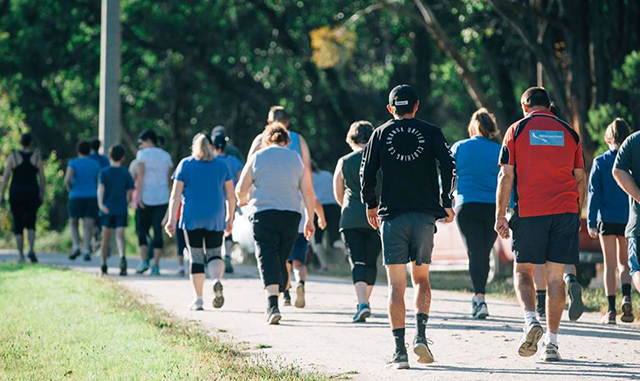 Koonwarra is in South Gippsland, Victoria, about 128kms south-east of Melbourne. The town used to have a railway station on the line to Barry Beach servicing the Bass Strait oil fields, which operated from the 1890s until 1992. The line was dismantled and turned into the Great Southern Rail Trail, which now runs 74km from Leongatha to Port Welshpool. One of Victoria’s most interesting fossil beds was accidentally discovered while road workers were straightening and widening the South Gippsland Highway in 1961. This fossil bed has been dated at 115-118 million years old. 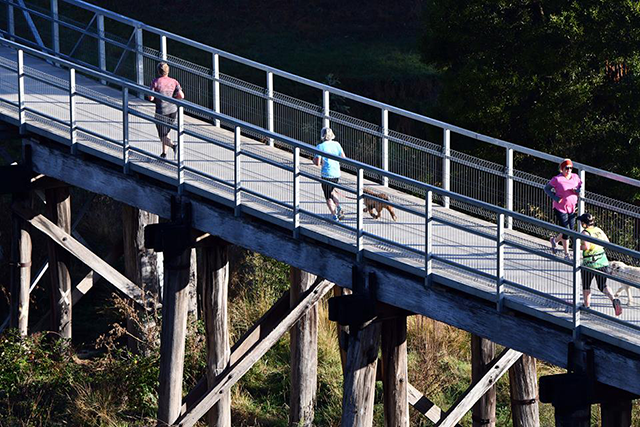 Koonwarra is an out and back parkrun on the sturdy but gravel, Great Southern Rail Trail, and is wide enough for dogs and prams. The course passes under the South Gippsland Highway, past the Koonwarra Recreation Reserve, though some bush with towering gum trees, past lush Gippsland farming country with green rolling hills and over three impressive trestle bridges. It’s undulating and there’s a “bit of a climb” on the return leg. 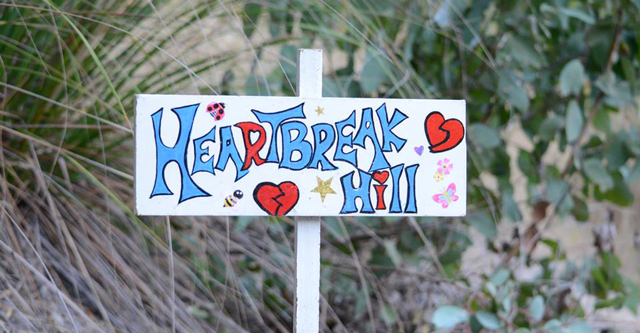 Some mornings, you might be lucky enough to spot a koala.

The Koonwarra Farmers Market is held on the first Saturday of every month, which gives an extra reason to visit. Wilson’s Promontory is another hour down the highway if you really want to make a weekend of it.

The event has experienced consistent growth in their two years, despite numbers dropping slightly during the colder months and when many stop football and netball commitments.

Ebony said she heard about parkrun through the nearby Inverloch parkrun. “One morning in the car on my way to work, I heard Inverloch run director Lynden Costin talk on the radio about a new run starting up in Inverloch. I started going to Inverloch parkrun and soon enough I had my friends and family coming too. My sister Amy thought the rail trail in Koonwarra would make the perfect parkrun course. So it began. We talked with others who were keen to form part of the core team as well,” Ebony said.

Ebony said one of their original run directors, Lisa Riley, liked to mark the Koonwarra course on a Friday night with kilometre markings and motivational signs she painted herself using a ride-on mower, which she also used to trim the edges of the course. “It’s a cliché but Koonwarra parkrun has bought a community together, not just Koonwarra but neighbouring towns as well. We have people who travel an hour to come to parkrun. It has encouraged more users of the rail trail on weekends and during the week, more people to become healthy and active and more people connecting with each other,” Ebony said.

Koonwarra parkrun participants don’t have to travel far for their post-parkun coffee. The Koonwarra Store is just 50m from the finish line.

Nikki Foster and Colin Ward had been unlucky in love, with a string of bad online dates behind them. While Nikki joined parkrun in January 2016 and Colin a few months later in June, they had never met there and wouldn’t meet in person until the following year.    Ready to give up online dating,…