Cleve, on the Eastern Eyre Peninsula in South Australia, is not the sort of place you might expect to find a parkrun. Yet in April this year, Cleve’s Yeldulknie Weir Trail parkrun was launched and has been changing the lives of locals ever since. 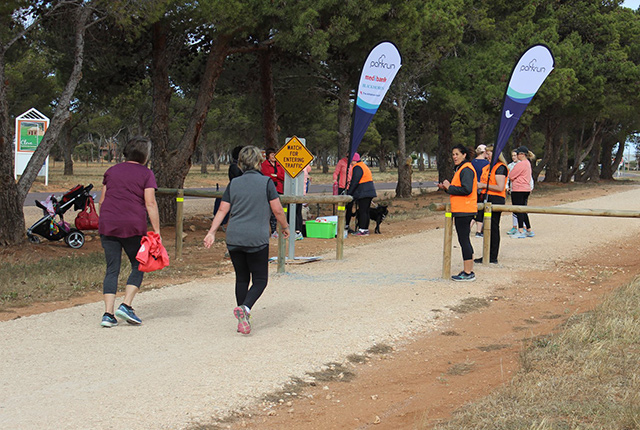 Co-event director Tina Traeger said the farming town of Cleve was off the beaten track, away from major highways, but a picturesque spot for a parkrun.

She said small turnouts allowed people to nab a low finishing number while soaking in the country air, amazing views and the ability to collect a Y for the alphabet along the way. 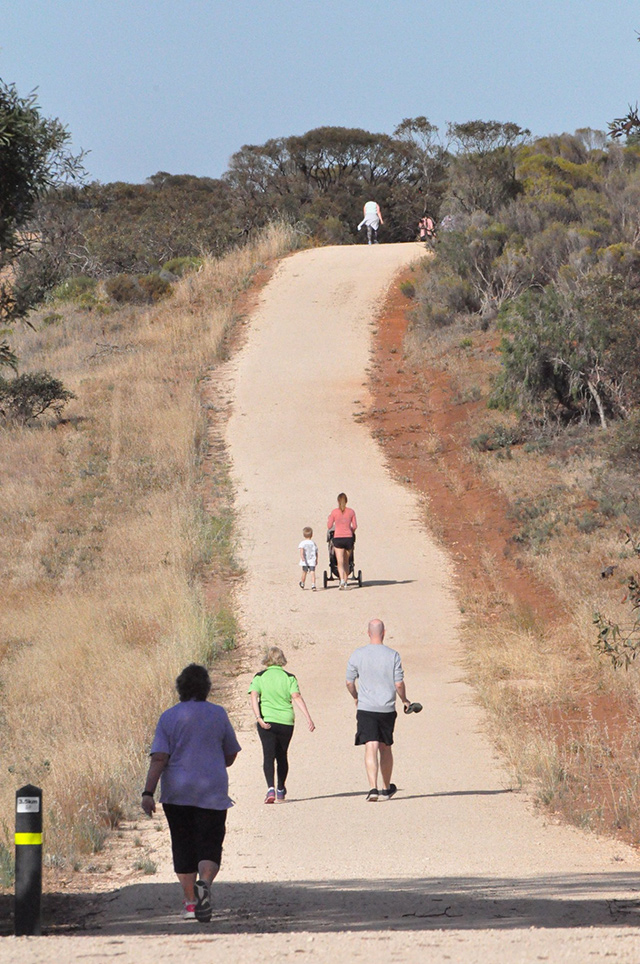 The out and back track on compacted gravel follows the Yeldulknie Weir Trail between Cleve and the Yeldulknie Weir located six kilometres away. It boasts has rolling hills and sweeping views of the Cleve district and features three little hills, nicknamed “the triplets”.

It’s pram and dog friendly, with a regular dachshund enjoying the event most weeks.

The launch coincided with the start of the local football and netball seasons, so Tina said the event was still finding its feet. “The event has still seen growth in participants with first timers showing up every week, even on the weeks we have terrible weather, they then coming back again the following week and are hooked on parkrun,” she said. 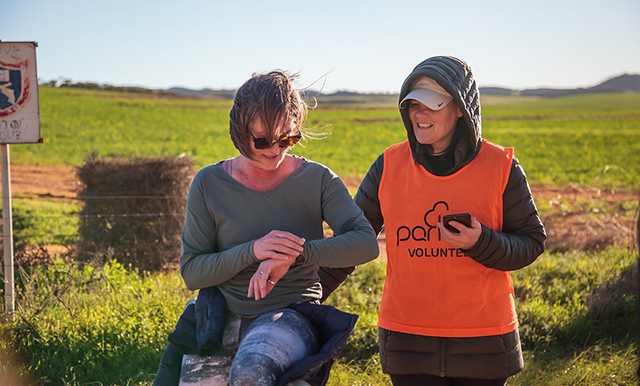 Tina said she knew parkrun would be great for Cleve. “I could see the benefit it would bring. parkrun provides an opportunity for everyone to be involved in something which has benefitted the whole district through tourism. Yeldulknie Weir Trail parkrun has reconnected a lot of community members and built new friendships while delivering a super positive and inclusive activity,” she said.

An interesting feature of Yeldulknie Weir Trail parkrun is that it crosses a private driveway, so a marshal it situated at the crossing each week. “There is always a deck chair sitting there waiting. The chair is dropped off and picked up one of the owners of the property,” Tina said. 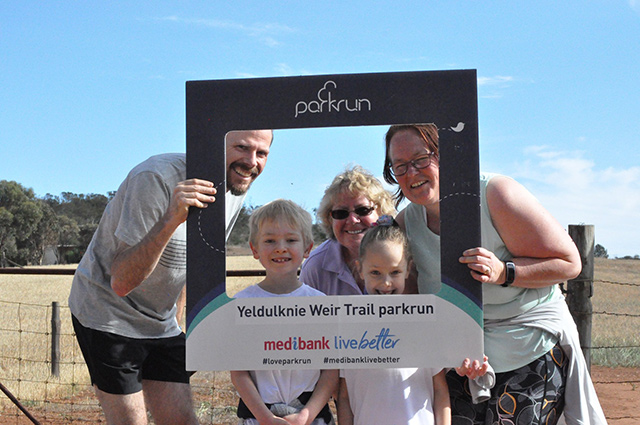 Tina said parkrun was providing a social outing for many residents in the town that wasn’t organised sport. “It is inclusive for the whole family, no matter the age. It is a conversation starter and encourages people to get fit through trying to improve their time. To do this, many have increased their exercise during the week. The main street has a buzz about it on parkrun morning,” she said.

Pink Door Co, located on the Main Street, is where the crew go for their post-parkrun coffee and breakfast. “They have a selection of homemade food as well as hot drinks. We quite often fill the two large communal tables between our volunteers and parkrun participants,” Tina said. 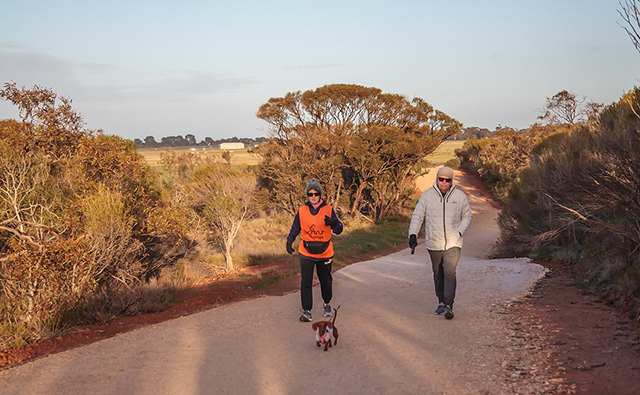 250 parkruns done & dusted. An epic achievement that has taken us 7 years to accomplish. What an incredible journey with my amazing Michael Parry.   We have endured runs in the rain, cloud bursts, hail, howling winds, heat waves, freezing winter mornings and still looking forward to one in the snow.   3 Countries,…

Westerfolds junior parkrun, launched in May 2018 as part of a trial of junior parkrun in Australia, is held at Westerfolds Park in Melbourne, the same location as the 5k event.   While the “big kids” version of parkrun on a Saturday takes in a full, five kilometre loop of the picturesque park, junior parkrun…