Two important figures at Pakenham parkrun are Bernie and Jack. Finding an easy and accessible way to stay connected with their community, while staying active into their seventies.

Bernie Ollerenshaw used to walk on his own near where he lived, around and about Garfield, Tynong and Bunyip in Victoria. Having been motivated to take on running at the age of 76, he decided during one of his walks, to run between two lamp posts. He found it very diﬃcult! But Bernie persisted and extended these runs to include an extra lamp post.

Eventually, Bernie decided to get up the courage and attend one of these ‘parkruns’ he had heard about. His first parkrun was at Warragul in January 2016. Extremely nervous that he would be last, Bernie was surprised to see that he was better than he expected, passing people at the back with his run/walk method and completed the course in around 34 minutes.

A week later, Bernie visited Pakenham parkrun and improved his time to 31:29. Since then, he has been a consistent parkrunner in the Pakenham community, joining the local running group the Pakenham Road Runners and enjoying the community spirit. Bernie has now completed 141 parkruns since then. 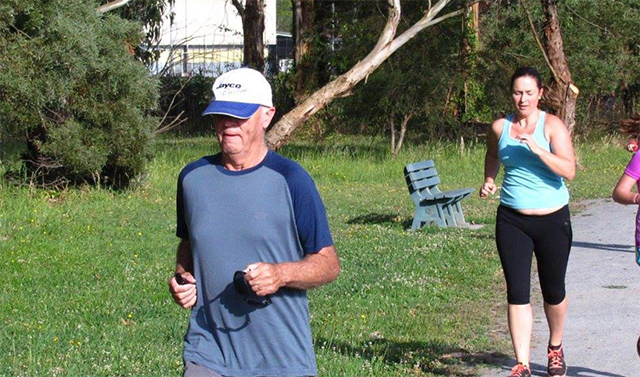 Another well-known member of the Pakenham parkrun community, for always being the guy at the turnaround point, is Jack Mitchell.

Jack was motivated to go to parkrun by his son Scott who encouraged him to aim to complete the 5km, utilising the similar run/walk method as Bernie. With the aim to get fit again at 77 years of age.

Jack had run marathons and played sport in his youth, so the idea of running was not foreign to him.

Volunteering as the marshal was Jack’s way of meeting his objective of walking 5km every Saturday. By walking back with the Tail Walker, he became instantly connected with the group – making friends and enjoying the fellowship and community spirit.

Since that first parkrun in 2014, Jack has attended Pakenham parkrun over 200 times – walking 28 times and volunteering 174 times. In those 174 times, Jack was turnaround marshall 162 times. 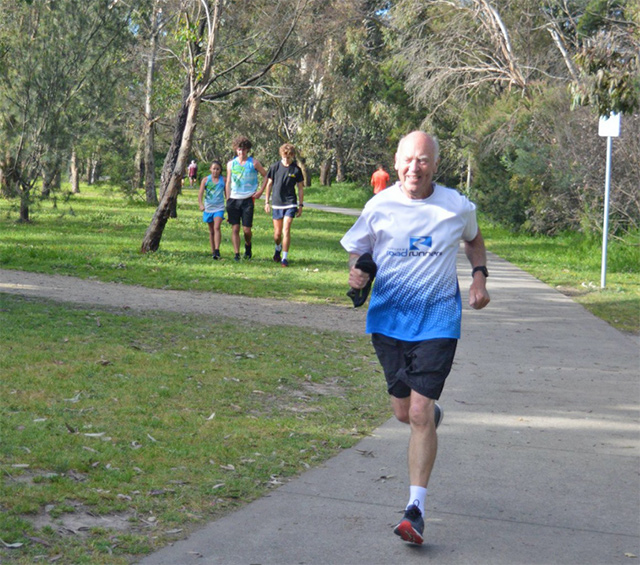 Jack was recognised as the Cardinia Council Senior Citizen of the Year. An acknowledgement of his amazing volunteer work with Apex and Rotary for 15 years each, and as a cancer survivor in 2005, Jack helped raise over $600k for cancer research through his involvement with the Cardinia Casey Big Blokes Lunch/BBQ.

While seasoned parkrunners around the world are missing their Saturday fix, Parkville parkrunner John Stone is bucking the trend as a complete newbie who can’t wait for parkrun to return.   John, 64, has always been a runner, but only took up parkrunning in January. After having emergency surgery in 2017 to remove a brain…