Awarded each year for innovation in the fields of creativity, commerce and social improvement, Paul received the incredible accolade for building a global participation movement.

Presenting the award, RSA Chief Executive Matthew Taylor praised Paul and parkrun for being at the forefront of practical social innovation, describing the medal as an accolade awarded to “inspirational heroes who are driven by a desire to make the world a better place.” 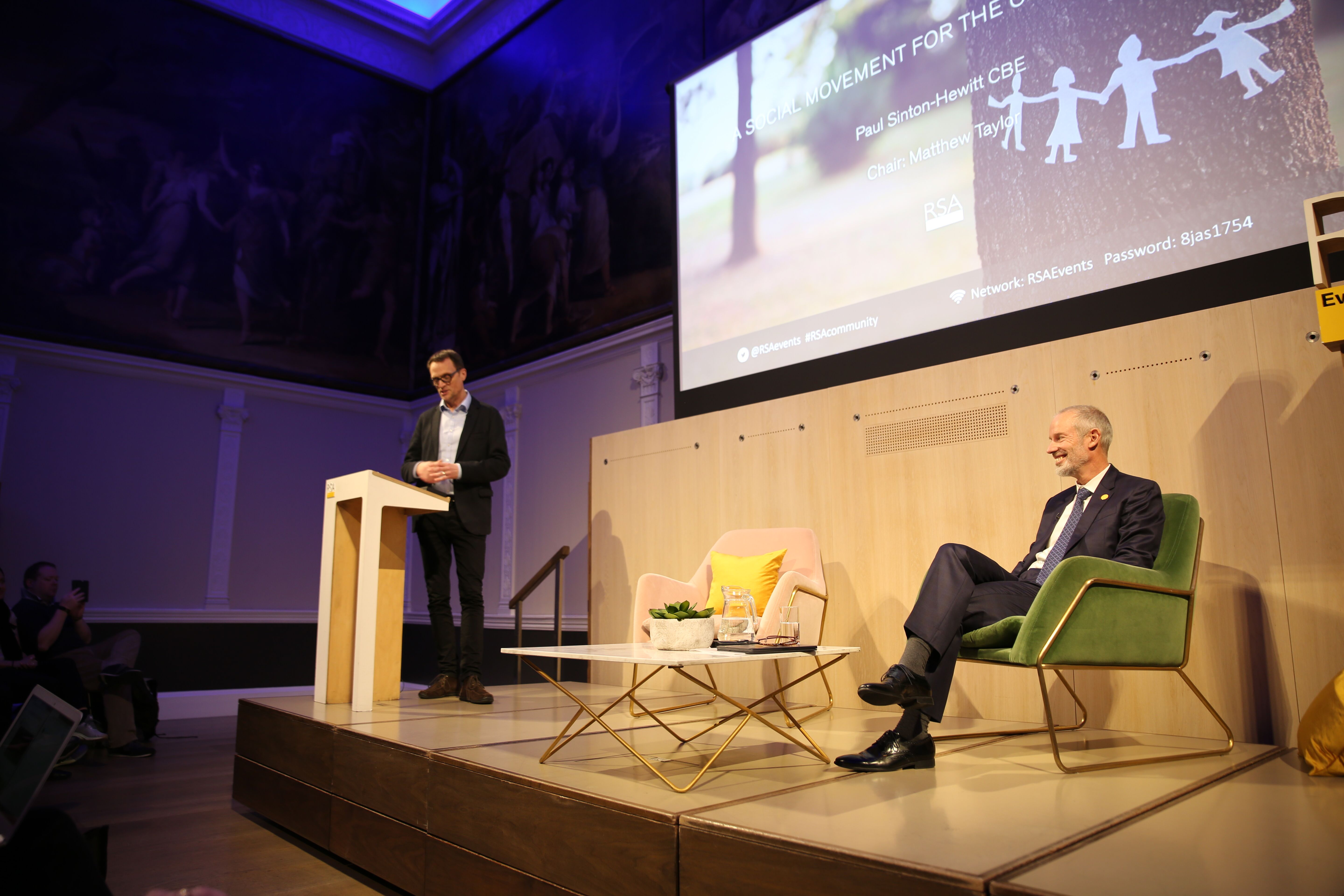 As part of the ceremony Paul gave a speech celebrating parkrun, from the tiny seed he planted fifteen years ago through to the global movement it is today – more than 2,000 events in 21 countries with in excess of 350,000 people participating every week.

You can watch the entire ceremony, including Paul’s address here.

Paul thanked the RSA for the incredible award and went on to praise “our movement of real people and communities, empowering themselves and those around them to do positive things for themselves and one another”.

He discussed the description of parkrun as the most significant public health initiative of the 21st century, arguing that “maybe one of the very reasons for that success is that it is not a public health initiative.” And he spoke of his belief that “as a society, we must consider how we deal with the ever-growing epidemic of medical issues related to modern sedentary lifestyles.”

Having just celebrated parkrun’s fifteenth anniversary, Paul looked forward to parkrun’s 30th birthday, when we can expect to be operating in over 50 countries, across ten thousand locations, with 100 million people having participated one billion times.