Champion Lakes in Perth, Western Australia is a relatively new suburb that was created when a new regatta centre was built in the area.

The regatta centre is the main feature of the town, as well as the parkrun that now runs around it.

Champion Lakes parkrun, which turned three in October 2019, is a single loop around the regatta lake. A relatively fast course, it is a very friendly place for parkdogs and parents with prams to visit.

There is a small hill at the back of the regatta centre and the first part of the course through the edge of a new housing estate.

The event has grown steadily since their launch with some participants drifting across from nearby Pioneer parkrun and others completely new to parkrun joining in the Saturday morning ritual. 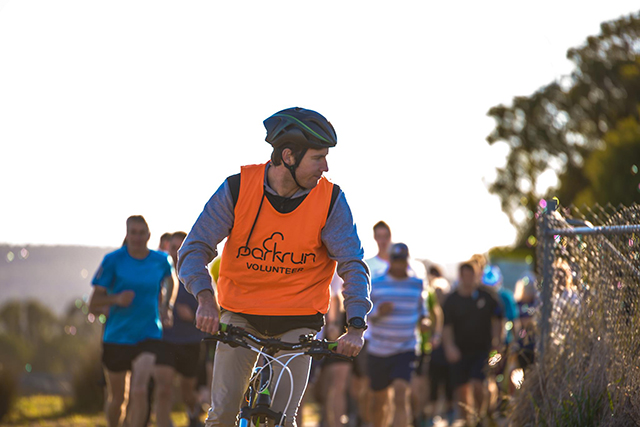 They average about 90 participants each week and the launch of another new parkrun nearby, Shipwreck, didn’t change things too much. In fact, event director Jim Parry said the new parkruns in the area have just introduced more people to parkrun.

Jerry said his family first heard of parkrun in June 2017 at the Perth Kids Marathon. “The same evening our family signed up for parkrun. My first parkrun was June 2017 with my eldest daughter. A few weeks later my younger daughter ran her first parkrun and my wife started to volunteer. Because we just moved into the area after building a new home, parkrun turned out to be an amazing event to make new friends. Most of them we consider family now. Outside parkrun we organise get-togethers with the core parkrun family and support other local events,” Jerry said. 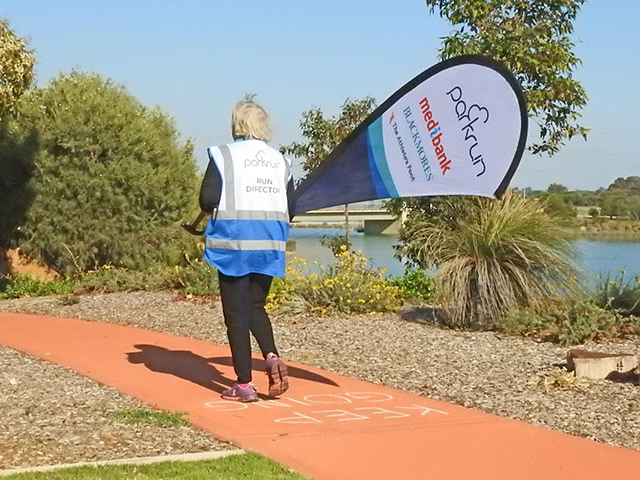 Champion Lakes has two older volunteers – Eve who takes photos and Jim who marshals – who have both volunteered more than 100 times each, despite having never taken part in the run or walk. 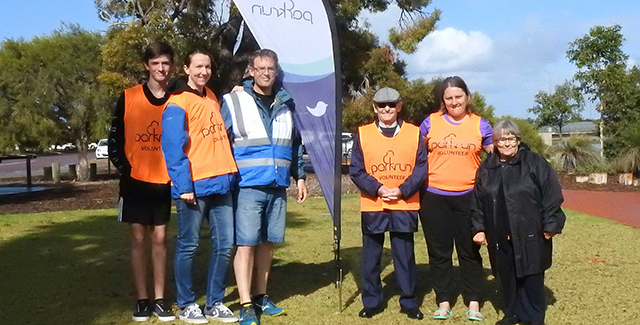 Jerry said Champion Lakes parkrun made locals feel less isolated. “We have participants using a walker and various runners have lost in excess of 20kg since joining parkrun. A group of us regularly do Masters Athletics on Sundays and carpool to the events and often share a picnic after the run,” he said.

The team at Champion Lakes parkrun get their coffee fix at Hidden Cafe in Kelmscott after their event each week.

In mid-July, the Scarborough family hooked up their new caravan for an Australian adventure, with a rough plan to complete a half lap of Australia starting from Canberra. Prepared to accept that COVID-19 could interrupt these plans at any point, they didn’t expect to have the good fortune to enjoy parkrun’s return in the Northern Territory…