Get me to the church… I mean parkrun on time!

Peta Lawrie and Tim Yates met around seven years ago through a mutual friend.  They shared a love of music and art but it wasn’t until they saw some Facebook posts from Peta’s high school friend Mark Cooper that they decided to give parkrun a try.

Peta used to run in high school and after a 30 year hiatus decided to give the ‘couch to 5k‘ a go.  An active road and mountain bike rider and windsurfer, it didn’t take much convincing to get Tim too to return to running after a decade.  As soon as the couple completed their first 5k run, they signed up to parkrun and have been hooked ever since. They do parkruns at home in Tasmania as well as interstate.

Their interest in running hasn’t stopped at parkrun. Peta and Tim went from ‘couch to 5k’ to ‘5k to 10k’ and last year completed their first half marathon in Melbourne.

“We love the friendly, welcoming and communal atmosphere of parkrun. It also keeps us running so we can participate in other events. Volunteering is easy at parkrun and we have met quite a few people through it,” said the newlyweds. 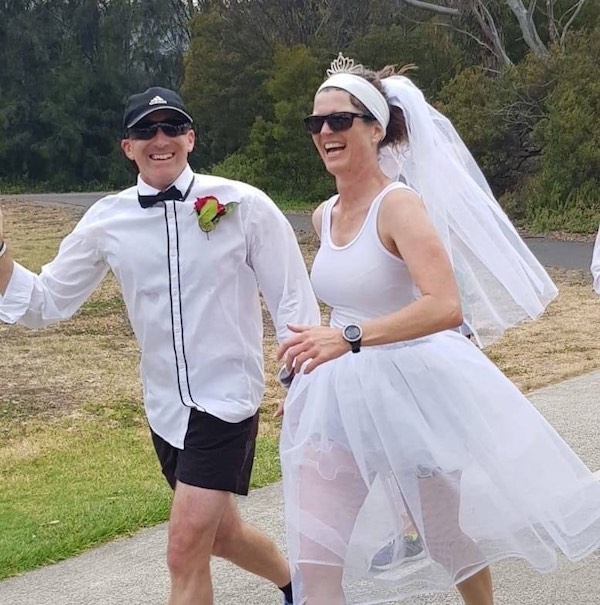 A Saturday morning tradition, Tim and Peta weren’t about to let their wedding day get in the way of their weekly parkrun.

“We always knew we’d be running parkrun on our wedding day, we don’t like to miss parkrun because it gets us moving and feeling great at the start of a weekend,” the couple said.

The best dressed at Christmas and Australia Day parkruns, Peta is no stranger to a dress up and she was chuffed when her friends agreed not only to join them at parkrun for their big day but to dress the part too. The running wedding party even featured their minister, who dressed the part for parkrun even though he wore ‘street clothes’ to marry the couple later in the day. 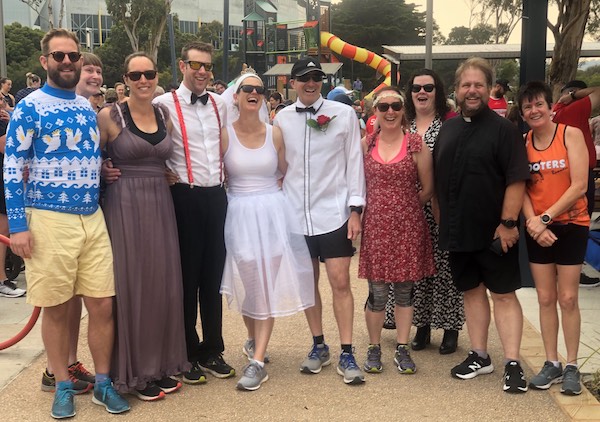 “We even had non-running friends cheer us on and I think the positive parkrun atmosphere surprised them,” said Peta.

While there was close to 300 people on hand at Bellerive parkrun for the early part of their big day, the afternoon saw the couple tie the knot in front of a much smaller gathering of 20 guests. 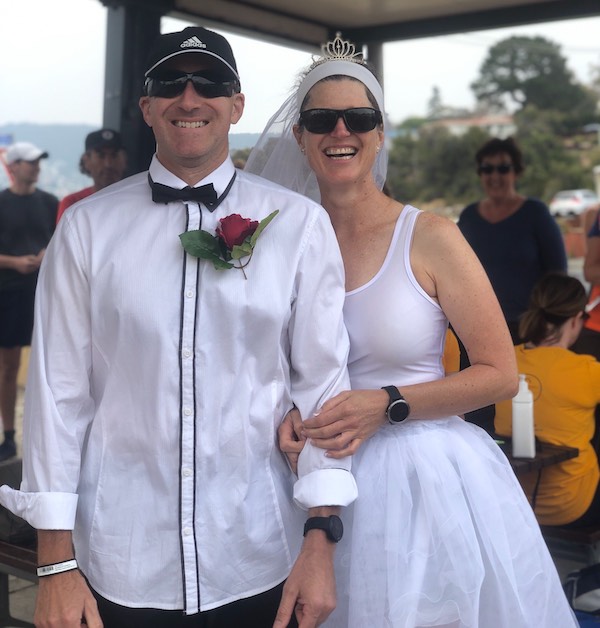 “We’ve both been married before so this time we had a very small wedding. Inviting our friends to parkrun was a way to include them in our day,” they said.  There is no honeymoon this time around and the newlyweds were back to work on Monday and nothing will stop them being back at parkrun for their first event as man and wife this Saturday.