‘parkrun is our church … it’s a place of belonging … it is as welcoming and inclusive as it is diverse’: Teresa and Peter Colhoun

2019 was a big year for Teresa and Peter Colhoun.

In November, Teresa crossed the finish line of the world’s toughest half marathon; Hobart’s 21.1km Point to Pinnacle (P2P), where she was cheered across the line by more than 100 people including the team of six friends who helped get her there. 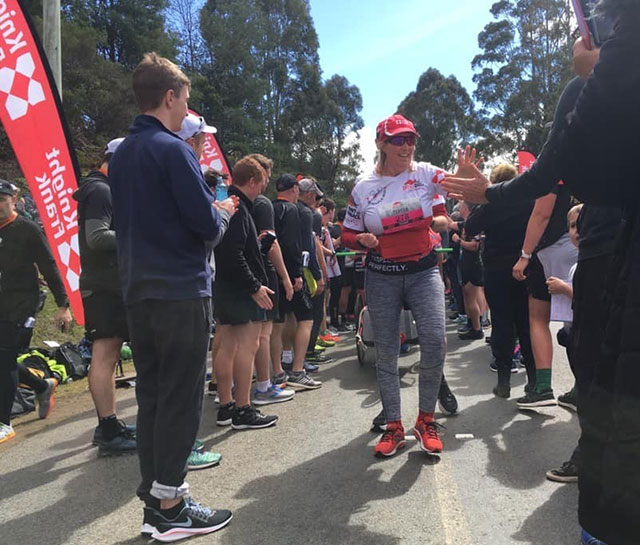 The P2P came just six weeks after Peter and Teresa completed their first full marathon in under four hours and six days before another major milestone in Teresa’s recovery; her 50th parkrun.

An incredible journey from first parkrun to marathon in 13 months.

While many serious runners wouldn’t bat an eyelid at this kind of racing schedule, for Teresa it’s been a remarkable journey, fuelled by her motto “Getting Busy Living”.

In May 2017, Teresa and Peter were on their honeymoon in Italy when their lives changed forever. They were cycling down a mountain at 55 km/h when a wild deer ran from the woods and straight into the path of Teresa’s bike. Her bike forks snapped on impact sending her headfirst into the road.

While Teresa was fighting for her life in a hospital, Peter made her a promise; “I decided that if she made it through, we would not allow a traumatic brain injury to define us either as individuals or as a couple. This was a new journey, one where we would write our own rules as we discovered all the things we could do,” he said.

Four weeks later and while still in a coma, Teresa was brought home to Australia where she was given a grim prognosis. “I was told some people make something of a recovery from where she is at, but many don’t,” said Peter who told the doctors to “expect the unexpected”.

Teresa spent another nine months in hospital where she had to relearn everything, from opening her eyes, to moving them, blinking, sitting up, swallowing, and eventually standing. When she was discharged nine months later Teresa could only walk eight metres, fully supported, before fatigue would return her to her wheelchair.

Seven months after leaving hospital while visiting family in Townsville, Teresa and Peter participated in their first (unofficial) parkrun at Riverway, completing the course in just over 46 minutes in a hospital-style wheelchair. On their return to Hobart, they registered and turned up to run the hilly Hobart parkrun in their basic wheelchair.

parkrun has introduced Peter and Teresa to a whole new community. Their home parkrun is at Montrose Foreshore, but they’ve also visited Bellerive, Wynnum in Brisbane and in July this year they returned to Riverway where it all began to celebrate Teresa’s 50th birthday.

Peter and Teresa refer to parkrun as their church. “We go there knowing we belong to a special group of people that is as welcoming and inclusive as it is diverse. The positivity and optimistic nature of parkrunners is infectious, there are smiles everywhere, everyone encourages everyone, whether they are running four-minute kilometres or walking five kilometres in an hour. We are all out there to blow out the cobwebs of the week, to reset, and to strive to be a better version of ourselves, and to belong,” said Peter. 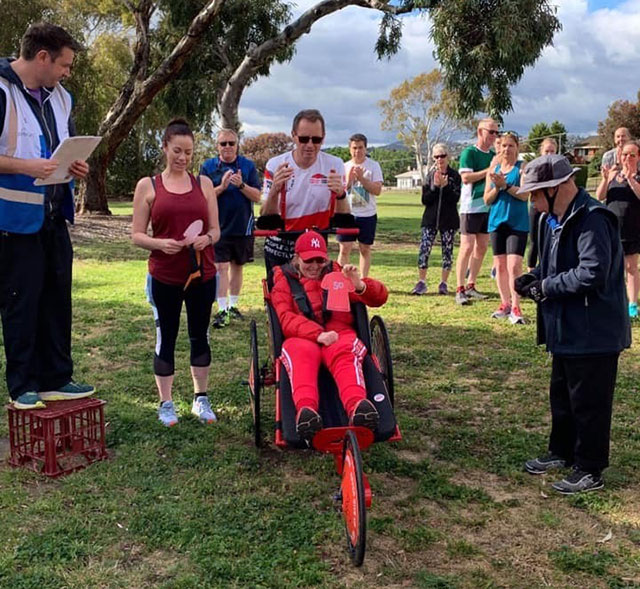 If you’ve done a parkrun with Teresa, you’d know it. Her “GO GO GOs” of encouragement can be heard from miles away. “Teresa inspires many at parkrun, yelling encouragement as we roll around the course, and many a tear has been shed seeing her out of her chair walking cautiously with determination to finish each run on her own terms,” he said.

parkrun has been a “fabulous” part of Peter and Teresa’s new life journey and since signing up they’ve run several 10k fun runs, three half marathons and the big one, in October this year, a full marathon; a highlight in their life together. “We decided that rather than let the Hobart winter get us down, we’d train for a marathon at the end of which Teresa would once again finish under her own steam as she does at parkrun each week,” he said.

The decision to run the Melbourne marathon had only a little do with running 42.2 kilometres and a lot to do with their bigger goal; to get Teresa walking independently again. Hundreds of kilometres, running four times week for six months, including an increasingly long weekend run. “Rain, hail, or shine we did every single one of our long runs always on a Saturday morning so we could take in parkrun on the way around,” said Peter. 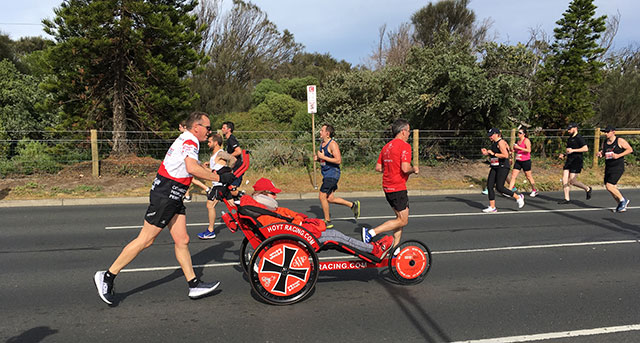 Come race day, Peter and Teresa faced plenty of challenges, from a crowded start, to tram tracks and even going too fast. “Buoyed by the support of other runners, spectators and the not so dulcet tones of Teresa yelling “GO GO GO” and fuelled by adrenaline we passed the 10km mark in 49:08 a full five minutes faster than we had ever run that distance before,” Peter said.

There was an emergency pit stop for the toilet, a late race cramp that lasted three kilometres and even a collision with another runner, but they continued on with their pre-race mantra; “Strong, Smooth, Relentless” and it was all worth it when they turned into the MCG, where Teresa walked the lap to the finish line in front of a crowd of thousands.

While the latter part of this story is about the Melbourne Marathon, like many running journeys, this one started at parkrun and through sharing their story, Peter and Teresa hope it will encourage others to give it a go. Despite vowing never to run a marathon again, the pain is now a distant memory and the duo is headed back to Melbourne with their sights set on finishing in under 3 hours 45 minutes.

In the meantime, Teresa will continue “Getting Busy Living”. 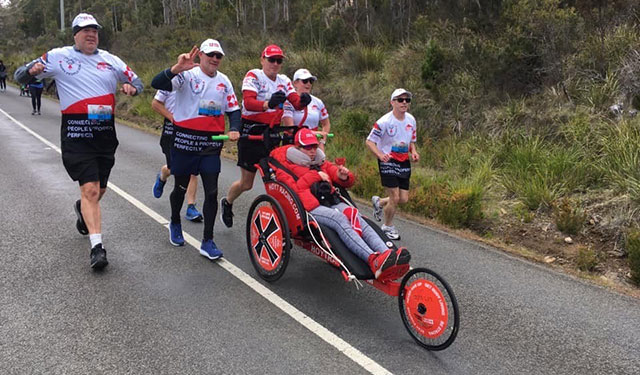