For parkrunners looking for an interesting mix of surfaces with no regular pavement, Port Broughton parkrun at the junction of the top end of the Yorke Peninsula and the lower edge of the mid-north in South Australia might be the perfect event. 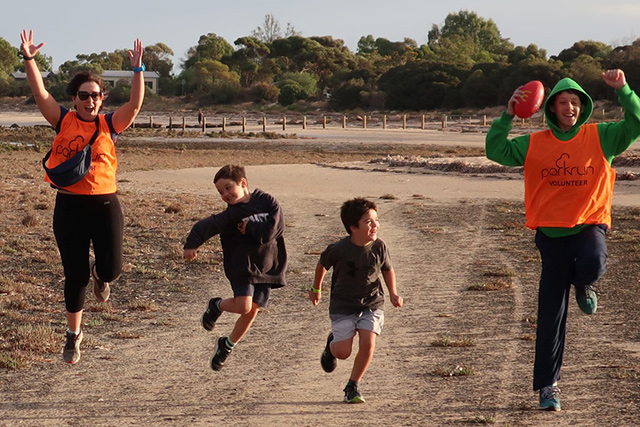 Port Broughton is a small rural community about two hours north of Adelaide. It is on a tidal inlet of Spencer Gulf and the course covers several different surfaces on the foreshore with a view of the jetty from the start and finish line. The parkrun launched in early 2018. 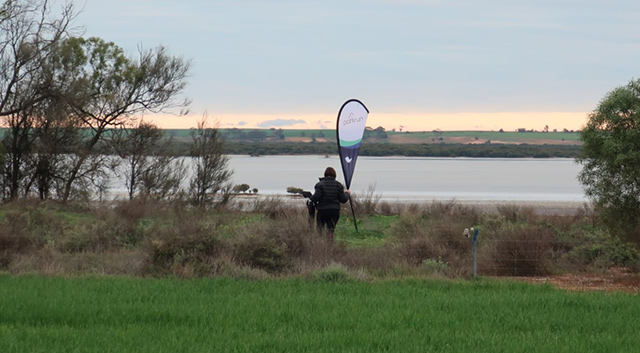 The course is described as being “not fast” and different every week, depending on the tide.

The out and back course starts with about 400m of grass then moves on to the beach for a couple of hundred metres. There are patches of seaweed, soft sand, packed sand and rocks which takes participants around a couple of headlands and then out across some mudflats. The jetty is visible for most of the return leg, giving participants something to aim for. 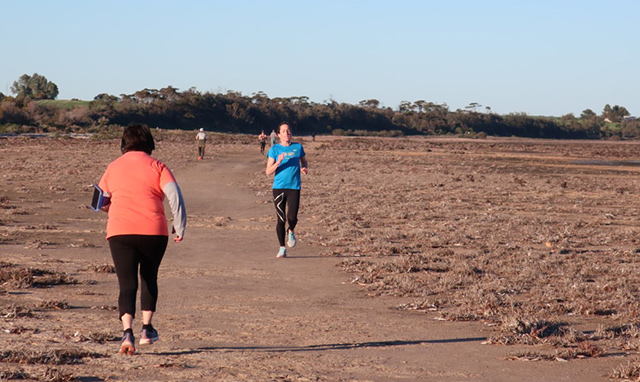 The course is dog-friendly and most weeks they have one or two in attendance. While the course is not suited to prams, an off-road pram can navigate the course and it has been done on many occasions, even with twins.

Numbers at Port Broughton vary across the seasons. Football and netball draw much of the town away in winter, but most weeks the event welcomes newcomers and tourists. The population of the town grows during the summer and the turnout at the event reflects this. 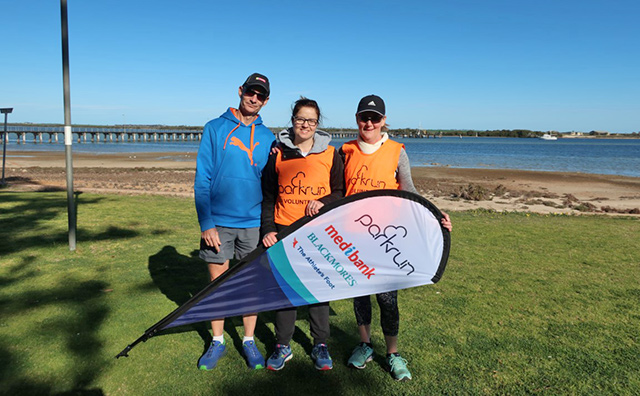 Port Broughton event director Alison Edwards said she first heard about parkrun listening to marathon podcasts while training for the London Marathon in 2014. “I finally had the opportunity to do my first parkrun at Torrens in September 2014 when it was the only one in Adelaide. Opportunities to do parkrun were then limited to trips away and included Albert Park, Southbank and Vancouver until our founding ED appeared in town and rallied a small group around here to get it up and running,” Alison said. “Unfortunately she moved on in 2019 so the rest of us have stepped up to keep it ticking along with a great group of willing volunteers amongst our regulars.”

Alison said regular volunteer Craig, who has autism spectrum disorder, comes along whenever he’s free and loves to get to know fellow parkrunners. “Craig is always very keen to know everyone’s name, making a point of introducing himself to all newcomers. He is great on token duty and will sometimes complete the course if he has put on the right shoes, usually keeping the tailwalker company. He has been known to manage a sprint to the finish line for the last 50m! His family reports how much he has enjoyed becoming part of our parkrun community,”.

Port Broughton parkrun has provided a great outlet for social interactions and physical activity, particularly for those who don’t find team sports an easy option, Alison said. “It has drawn quite a few visitors to the town who would not otherwise have chosen to call in. Having a clear 2.5km measured path has encouraged a few to complete the course at other times to improve their fitness.” 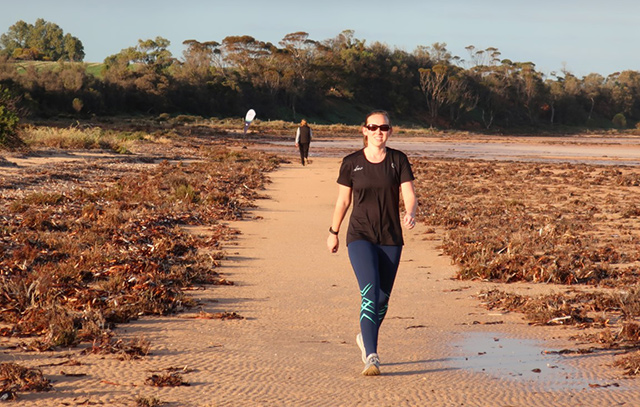 Port Broughton parkrun was recently recognised in the Australia Day Awards as Event of the Year, to acknowledge the positive impact it has had in the town.

The Port Broughton team often grabs a coffee at one of the local cafes, bakeries or delis in the town at the conclusion of the event each week. 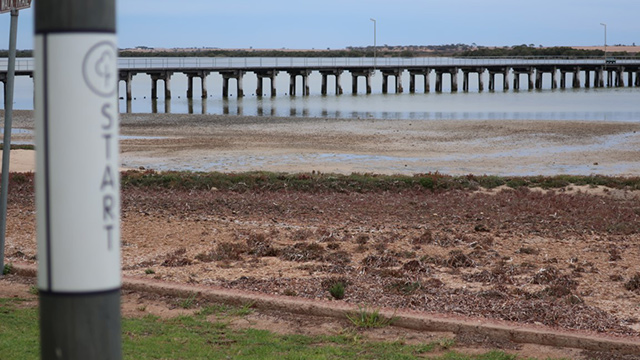