From simple monkey business to social commentary, Kylie Sweeting’s imagination knows no bounds, much to the amusement of others at her local Minnippi parkrun in Brisbane, Queensland.

Every week without fail, school teacher Kylie expresses her creativity by wearing themed costumes and props while completing her regular 5km parkrun, challenging those around her to capture a crazy action photo for her Instagram account.

While starting out as a way to stimulate her own imagination and make embarking on a new exercise regime a little more fun, Kylie has since found pleasure in the laughter of others.

Kylie said: “Initially dressing up was extra motivation for me to get up and do it [parkrun], but I found I enjoyed making other people laugh. I’m a very creative person, I love having fancy dress parties and coming up with themes is a stimulating exercise.”

From unicorns to Forrest Gump, monkey suits to Harry Potter – even a toilet paper themed run in early March – Kylie’s inspired ensembles continue to shine via her Instagram account, during the temporary suspension of regular parkrun activities due to COVID-19. 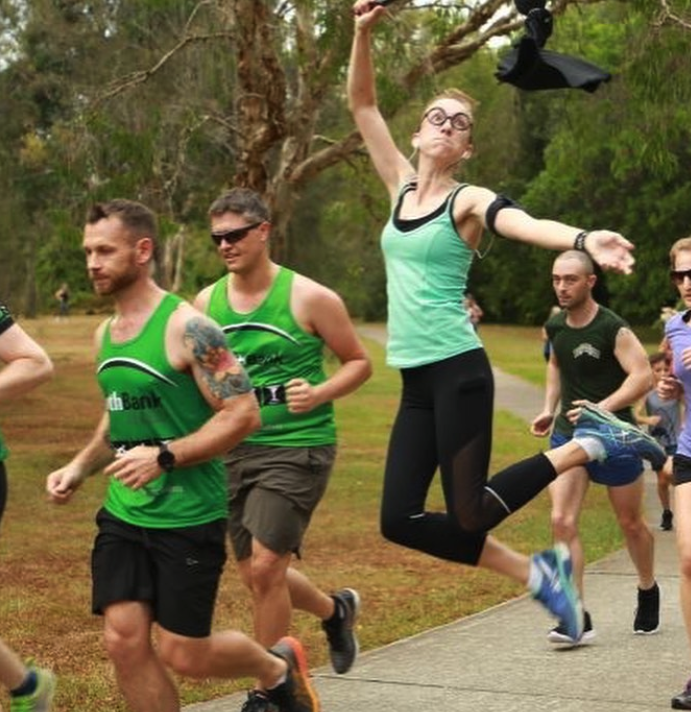 Having started parkrun on a whim in January 2019, Kylie has completed 48 parkrun events to date, 46 of those done wearing something wacky. “Prior to parkrun, I had always been someone who exercised although was never a runner as such,” she said. “I had a health issue in 2018 which resulted in me not being able to exercise for 12 months, but then one day I realised I felt great, and knew it was time to find something which would help me get active again.”

Kylie knew friends who were heavily involved in parkrun, and a colleague was also doing it, so she found her nearest event and went along.

A mother of two children aged nine and seven, Kylie said she was initially working hard to get her times down, but now just has fun. “My family has participated in parkrun with me at various times, but it’s become something special which I enjoy alone. It’s my self-care time away from the day-to-day,” she said.

“I’ve met some great people in my local community through parkrun, and often bump into ex-students or colleagues there too. One of the things I like most about parkrun is that it provides me with a safe place to exercise. I wouldn’t feel confident to go jogging alone, and the track around the lake at Minnippi is just beautiful,” Kylie said.