A regal faux parkrun for lockdown

Toolern Creek parkrunner and passionate tourist Melissa Ellis was well prepared for the pain of missing parkrun after her work called her to help with bushfire relief earlier this year.

The Australian Defence Force employee was called to the line of duty in January and missed six Saturdays doing what she loved best – going to parkrun. Little did she know how much worse things were about to get.

“When the virus struck, I was determined to continue my Saturday morning routine. I had a 3km and 2km loop from my front door, so on the first Saturday without parkrun, I combined the two, to create Ellis Palace parkrun,” Mel said.

Mel said creating a routine and sticking to it, despite not having any real parkruns to attend, was crucial, after missing parkrun during the bushfire crisis.

“For the first few weeks, due to restrictions, it was either just me or I was joined by my husband, Paul. Once restrictions eased, we welcomed our first tourists, friends Irene and Parth, and I had that first experience of the post parkrun high.”

Mel has had a different theme for Ellis Palace parkrun each week. 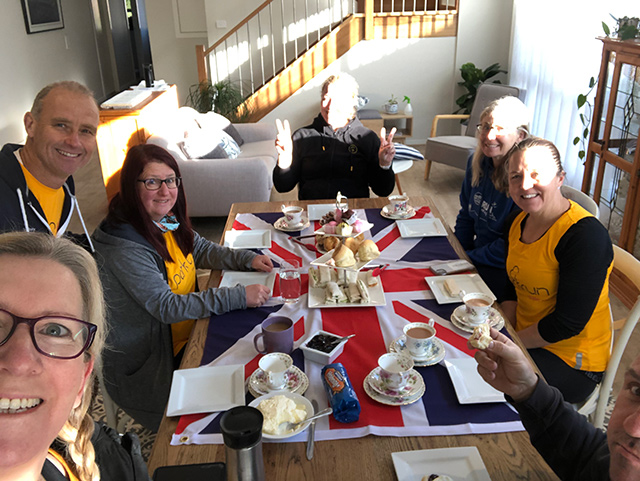 The course, which runs around her housing estate in Melbourne’s west might never get approval to be an official event due to various hazards, but according to those who have visited, it has the same, unmistakable parkrun vibe.

The homemade selfie frame has been a big part of the fun, which Mel’s friends sign each week. 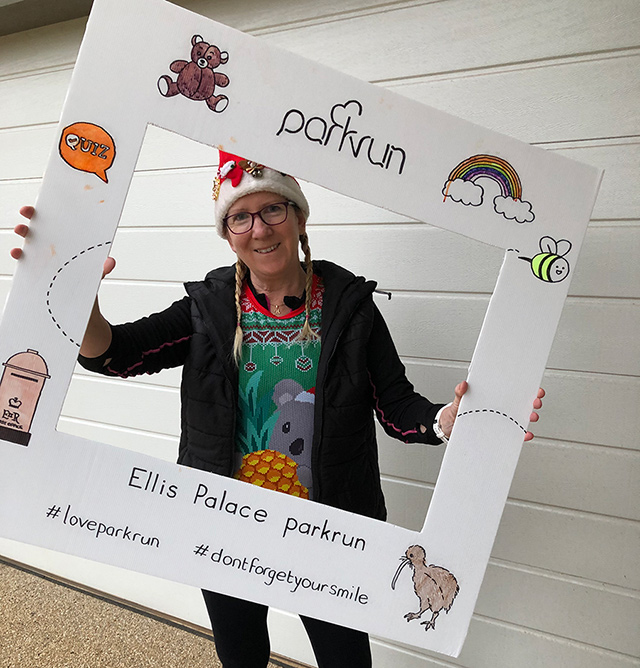 A British theme was put on while friends who were due to visit Bushy parkrun that week, visited Mel’s Ellis Palace parkrun instead. “We had high tea complete with Union Jack tablecloth, cucumber sandwiches and a Zoom call from a parkrun friend in the UK.”

The following weeks saw Mel adopted New Zealand and French themes followed by a 1970s morning, where brunch was styled like a 1970s Pizza Hut. “Ellis” in Wonderland soon followed.

“While this has maintained our parkrun routine, it has also given me something to focus on in planning the costumes and props. Our weekly faux parkrun antics are creating positive memories for our daughter, Zoe. I am determined to give her weekly, fun experiences to ensure she can look back and say: lockdown, we dressed up every Saturday and mum made a special brunch.”

With restrictions again tightened in Melbourne, Mel has spent the last few weeks of Melbourne’s Stage 4 lockdown celebrating a purple theme for 25 weeks without parkrun, Where’s Wally and the circus. This Saturday is Hawaiian week and she’s stocked up on pineapples already.

While Mel is as keen as anyone for real parkrun to return, she might have a bigger reason than many.

“My submission was accepted and I decided on a wonderful location in Eynesbury, near Melton. I got approvals, gathered a group of run directors, secured funding from the local developer and worked hard to cover off all the requirements, much of this while away with the bushfire relief. We were about to run our first trial when COVID-19 put a halt to things,” Mel said. 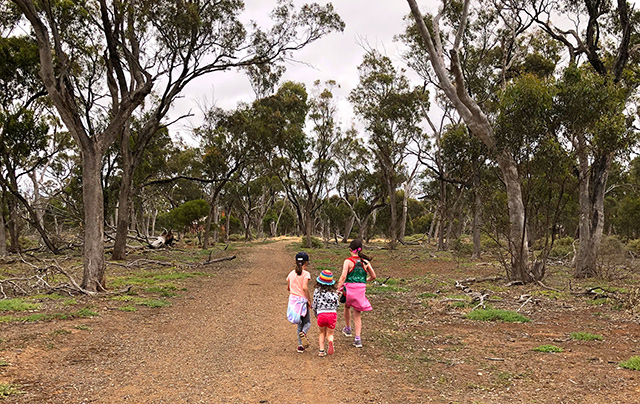 While Mel might be sad to bid farewell to Ellis Palace parkrun when parkrun returns, it will always hold a special place in her heart. And when parkrun is back, she will be ready to pick up where she left off with her new junior event.

On 4 September we published an update on our move to sub-national reopening of parkrun events. Our three events in the Northern Territory are therefore set to reopen this weekend, which is incredibly positive news.   As outlined in our previous update, in Western Australia we are not in a position to reopen events under…