Get more from parkrun than you think

I was taken along to my first parkrun by my brother. I was 42 years young! The thought of running 5km was the most crazy thing I’d ever heard of (not to mention getting up early on a Saturday), but he assured me ‘it will be fun’. It was Minnippi parkrun in Brisbane in December 2013 but I live in Hervey Bay, which didn’t have a parkrun then, so it would be 10 months until my next parkrun.

I was not physically fit enough to run 5kms and had to walk A LOT of it. My biggest preconception was that I would have to ‘run’ parkrun and I was very pleased to find that I didn’t actually have to run it and the reassurance that nobody comes last at parkrun was a huge bonus! There is nothing more intimidating than coming last, even if people are cheering you on!

In August 2014 I had a knee replacement, so my first Hervey Bay parkrun was October 2014 when I walked parkrun as my rehab, post surgery. I’ve been walking, jogging, running and volunteering ever since. 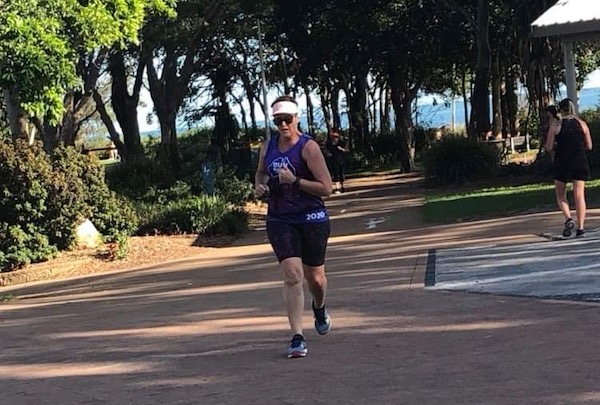 parkrun is a wonderful way of meeting people, I love the sense of community parkrun creates and I have met some amazing people, who in normal life I’m sure I would never have met. Many of those people I now call my closest friends. parkrun is a special place and I hold it very close to my heart. You can go to a parkrun anywhere and know you will be accepted, whether you walk or run and there is truly nothing else like it in the world.

I have volunteered for just about every volunteer position. I’m normally a shy person, I don’t like talking to people I don’t know so when I was asked to become a Run Director I initially said no. The Event Director (ED) at the time didn’t give up and continued to ask me about becoming a Run Director and eventually I gave in and gave it a go. I was terrified at the thought of talking in front of people for the first time. But that feeling when it was done and I had processed the results, I thought ‘yes, I can definitely do this’, and as they say, the rest is history.

I am now ED for Hervey Bay parkrun and am supporting the next group of new volunteers. I feel confident talking to people and it has helped my communication skills immensely.

My advice for anyone wanting to go to parkrun is to just go! If you never go, you will never know how amazing it is. The volunteers at every parkrun are approachable and very friendly. We are all there for the same reasons – fun, friendship, fitness and it’s FREE! There’s not many things you can get for nothing these days and I promise you, you will get more from parkrun than you think.

I love parkrun and I can’t imagine my Saturdays without it. If my brother had never taken me to my first parkrun, I may never have found what I have today!