The Puckapunyal Military Area in Victoria has become the first restricted access military base in Australia to introduce a weekly parkrun event, with 41 walkers, runners and volunteers participating in the inaugural event.

Around 300 Defence families live in Puckapunyal where local facilities include a primary school, kindergarten, child care centre, shops, post office, banks and a cinema on base.

Puckapunyal parkrun will provide an opportunity for posted staff and their families to participate in a social and fun activity where regular participation is encouraged.

SADFO-P, Colonel David McCammon said “Puckapunyal parkrun is open to all Defence pass holders, and is a great initiative for the benefit of the soldiers and their families currently posted to Puckapunyal.

“As professional soldiers we are usually focused on the hard work that leads to being combat fit. But by being involved with parkrun on the weekend, staff can enjoy an event that has an important community aspect and is great for everyone’s health, fitness and mental wellbeing.” 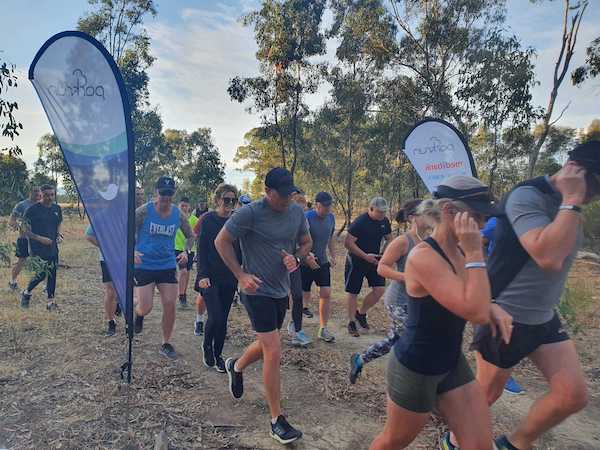 Puckapunyal parkrun was the brainchild of the Puckapunyal and District Neighbourhood Centre, located on the base, which connects Defence families with one another and the wider community through numerous programs and activities.

Narelle Patterson, the co-Event Director of Puckapunyal parkrun, said “parkrun is great for the community and it’s great for families. Being in a military environment can sometimes be quite isolating so it can be good to get out and meet some people and have some fun at the same time.”

Bob Parsons is a tank commander with the Australian Defence Force and has been posted at Puckapunyal for the past eight years.

“Puckapunyal is quite unique with families living on the base. parkrun is something the entire community can get involved in and enjoy. There are quite a few units in Puckapunyal and I’ve met people from other units through parkrun who I otherwise wouldn’t have, and we create good friendships.”

parkrun Australia’s Health and Wellbeing Lead Glen Turner said “Communities take many forms, and the introduction of parkrun into a restricted military base represents another giant step in ensuring that our events are as accessible as possible to as many people as possible.

“We hope that Puckapunyal will blaze the trail for other military facilities in Australia and around the world to embrace the parkrun concept, and lead to military personnel and their families participating in parkrun events in the wider community.”