Mary and Roxy heal through volunteering

When Mary comes to parkrun, she’s always got her assistance dog Roxy by her side.

The Australian Army veteran and self-confessed “adrenaline junkie” started parkrun in February 2018 with Roxy, after she was medically discharged from the military due to a broken neck and PTSD.

Mary left her home state of Tasmania at 19 but upon returning from the army, moved back to Hobart – a part of Tasmania she’d never lived in before.

“I had to start from scratch to build a support network of friends in the area. During this time, I was also building a house, so let’s just say that it was a stressful time moving interstate with no friends, no job, and trying to put a roof over my head,” Mary said.

Before her medical issues, Mary loved diving, mountain biking, squash and hockey. “Sadly, after breaking my neck I was no longer able to partake in these hobbies and I struggled to find things that excited me.

“During the years I’ve learned if I don’t get an adrenaline hit, my mental health suffers. For about a year and a half after being discharged I struggled with my mental health as I hadn’t found a new hobby that could give me that adrenaline hit. I felt lost in this new place with no support network. Then one day, Jo, a new friend I had made at a community centre cooking class told me about parkrun.”

Soon after, Mary attended Queen’s Domain parkrun in Hobart and she has not looked back. 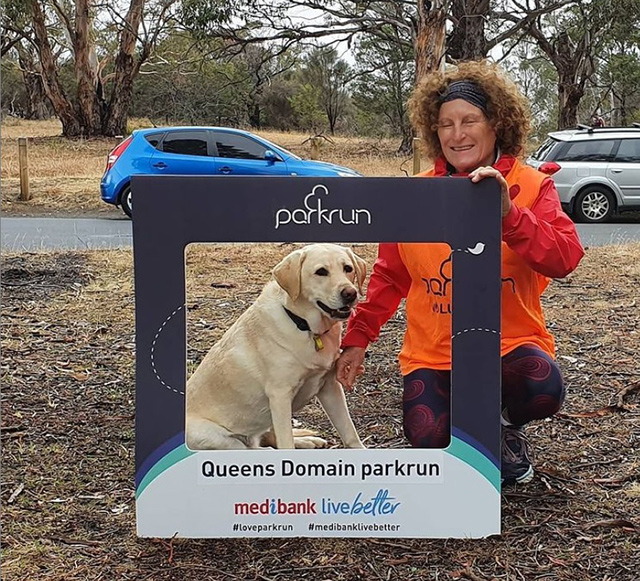 Not only did parkrun give Mary a boost of endorphins, it also got her out of bed and made her confront her PTSD issues head on, such as dealing with crowds, noise and socialising.

Then Mary discovered the joy of volunteering. “After a while, volunteering became very addictive. For me, going to parkrun was no longer about improving my running time but was more about getting out into nature and meeting people. I finally felt like I was part of a group again, which was something I had lost when I was discharged.”

“It gives me a reason to get out of bed as I know people are relying on me to show up. I’ve also met some amazing people along the way and have completed the world’s hardest half marathon, Point to Pinnacle in November 2018. That’s the magic of parkrun,” Mary said. 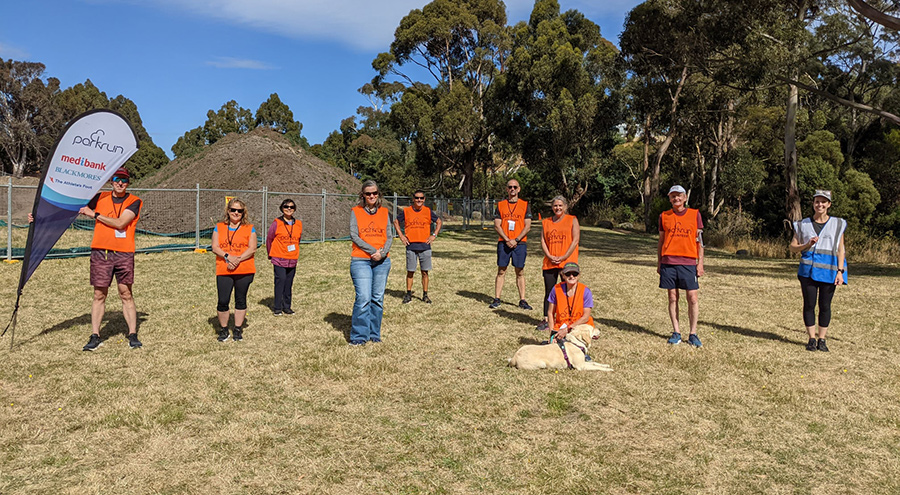 Mary has now completed 77 parkruns and volunteered 48 times – and Roxy is always there with her. 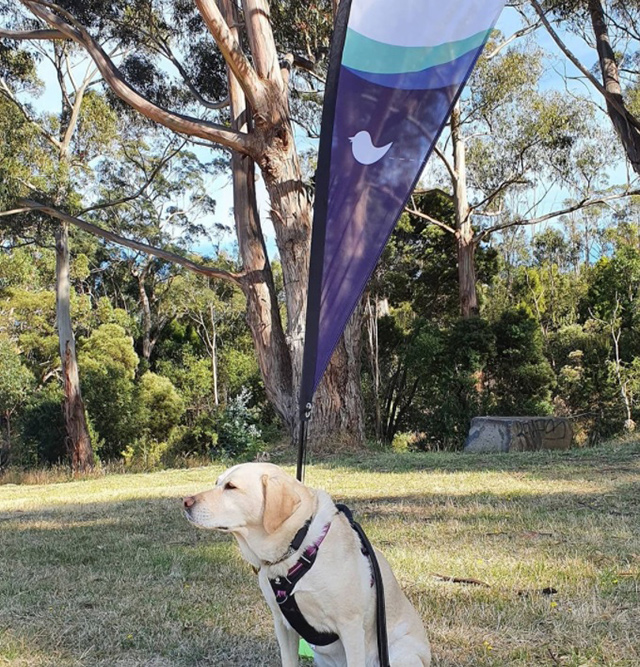 Mark Parrott always thought he was the black sheep of the family. With siblings who were always active, he never thought he’d feel at home at parkrun.   But Mark quickly discovered how inclusive parkrun is.   Rewinding a bit, my sister was suggesting that I should do parkrun for quite a while as I…

Margie Davis has the enviable record of a volunteer ratio of 1050% and growing!   Margie started with the fledgling Charleys Creek parkrun in September 2019 after she heard about the event. Her love of people and volunteering has taken over and is now an expert on nearly all the roles.   She has embraced…