Trolls are well known for isolating themselves away from humans, usually hiding in caves or under bridges. They are typically grumpy characters who make lives hard for us humans.

When parkrun was starting at Wagi Bridge the Event Director, Ian Shaw discovered under the bridge there was such a troll.

During the trial runs there was much yelling from this Troll “who is that trip trapping on my bridge?!”. Ian took it on himself to negotiate access to the bridge for the new parkrun event which started in October 2019.

Ian outlined the benefits of parkrun to the participants highlighting not only the physical benefits but also the mental health benefits of regular exercise and volunteering.

Little did Ian know at the time that this conversation would have sparked an interest in Troll in parkrun. Knowing that the bridge was in safe hands and under the careful watch of the Wagi Bridge parkrun event team the Troll decided to fulfil a lifelong ambition to visit other bridges in Australia by visiting other parkrun courses.

That spark has seen Troll participate in 50 parkrun courses and nearly 20 different freedom runs right across Australia. Troll has been as far north as Nightcliff parkrun in Darwin and as far south as Geevston parkrun in Tasmania. The only state Troll has not yet visited is Western Australia but is hoping to be able to visit soon and is eyeing off Marina parkrun being Australia’s westernmost parkrun despite having no bridges. Even Troll loves a parkrun challenge! 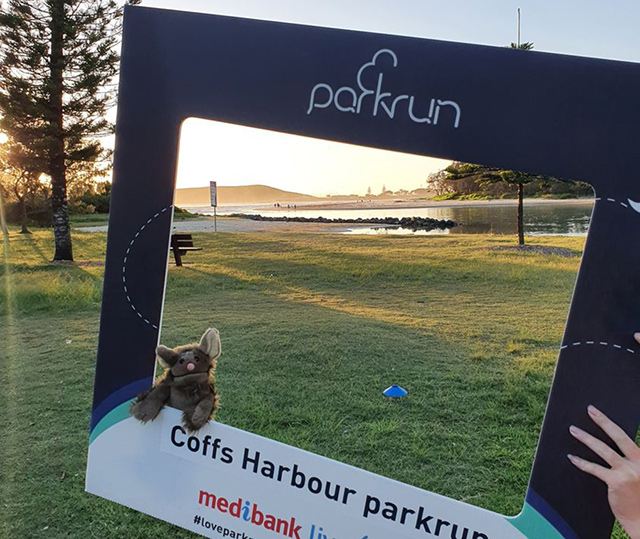 Some other fun facts about the Wagi Bridge Troll’s adventures… he only needs A, I, J, U and Z for Alphabet challenge and has completed the northernmost, southernmost and westernmost parkruns with plans to complete westernmost very soon.