Moving from Canada to Australia made for a daunting new start for Becci Johnstone, husband Craig and baby MJ. Becci had already given the ‘couch to 5km’ program a go so when she saw an article on Facebook about parkrun, she knew it would be a good way to meet new people and get back into running.

Ten years on, Becci says parkrun was so important in those early days in getting her out and about, providing the opportunity to meet up with like-minded people.

“Eventually, it wasn’t just a Saturday morning parkrun but I’d meet up with friends for a little run a couple of times a week, we even called ourselves the Sandgate Snails,” Becci said.

“I always feel so great after I’ve finished parkrun even though I’m a back of the pack girl, but then I think that’s where most of the fun is. I used to get a bit disheartened but gradually realised that 5km is 5km and no one cares how long it takes you.”

Becci says she loves the family atmosphere, and her daughter Michaela has progressed from being pushed along in the buggy to run/walking her own parkrun. “I love the way I’ve been able to watch the kids grow up over the last ten years at parkrun.” 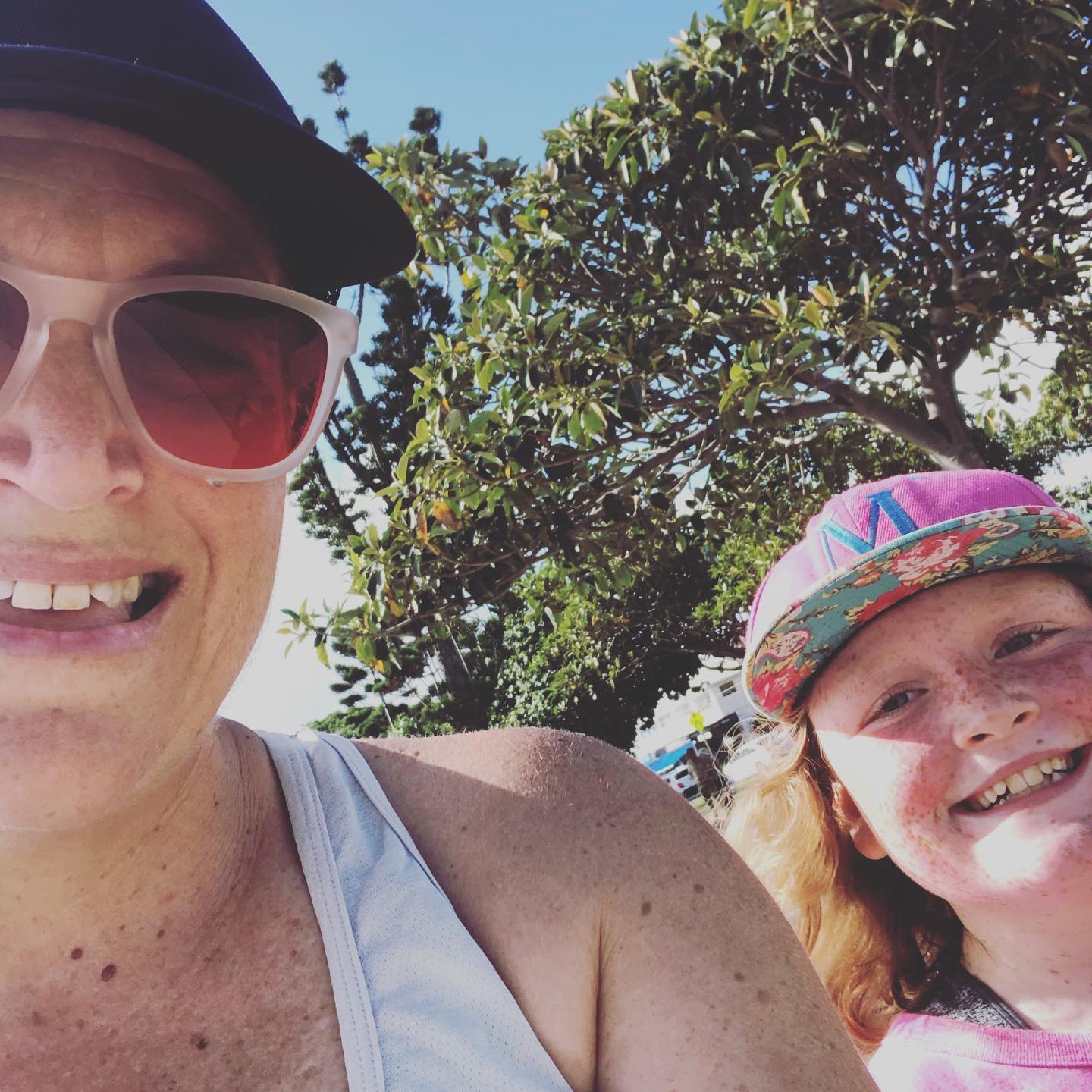 After having her son James, Becci suffered from postnatal depression. Her doctor knew how important her fitness was to her, forged through the friends she made at parkrun, so instead of prescribing medication he suggested an alternative – to get a running stroller.

“I’ve been a bit lax of late at parkrun, but I have a good excuse. I’ve been training hard for the Sunshine Coast half marathon; I’ve even joined a run group.” However, Becci admits parkrun and the social side of meeting up with friends every week is great for keeping you accountable. There’s no turning off the alarm when you’ve promised to run with someone.

She says, “I’ve finally got a wee bit faster over 5km, going from a 40 minute PB to 31.36, and I run four times a week which I’m very proud of. But I’ll be happy to get back to Sandgate parkrun to volunteer, have a bit of fun and get that special 100 parkrun t-shirt.”