Every Saturday morning, hundreds of people who live and work in prisons, young offender institutions, and remand centres are walking, jogging, running and volunteering as part of the global parkrun family.

Four years on from the launch of the very first parkrun in a correctional setting — Black Combe parkrun at Haverigg Prison in the north of England — we take a look at the phenomenal success of parkruns on the custodial estate and how the initiative continues to change the lives of prisoners, officers, staff and visitors alike.

Since the groundbreaking first parkrun took place in November 2017, 36 more parkruns have now been established on custodial estates in the UK, Australia and Ireland, with around 7,000 different people completing the 5km and almost 2,000 different people volunteering. 10 of those events take place across Victoria, South Australia, Tasmania, Western Australia and Queensland, with three more confirmed to launch over the coming months.

Her Majesty’s Prison and Probation Service (HMPPS) is the section of the Ministry of Justice responsible for the correctional services in England and Wales. Wendy Limb, Head of Physical Education (PE) at HMPPS, said “The parkrun partnership is a valuable addition to the physical activity we offer in the custodial environment and brings with it the links to the community which we know are so important in the reduction of re-offending. As with community events, ours were paused due to the pandemic. 15 are now back to delivering every Saturday and we are all working closely to support the return and growth of all events when it is safe to do so.” 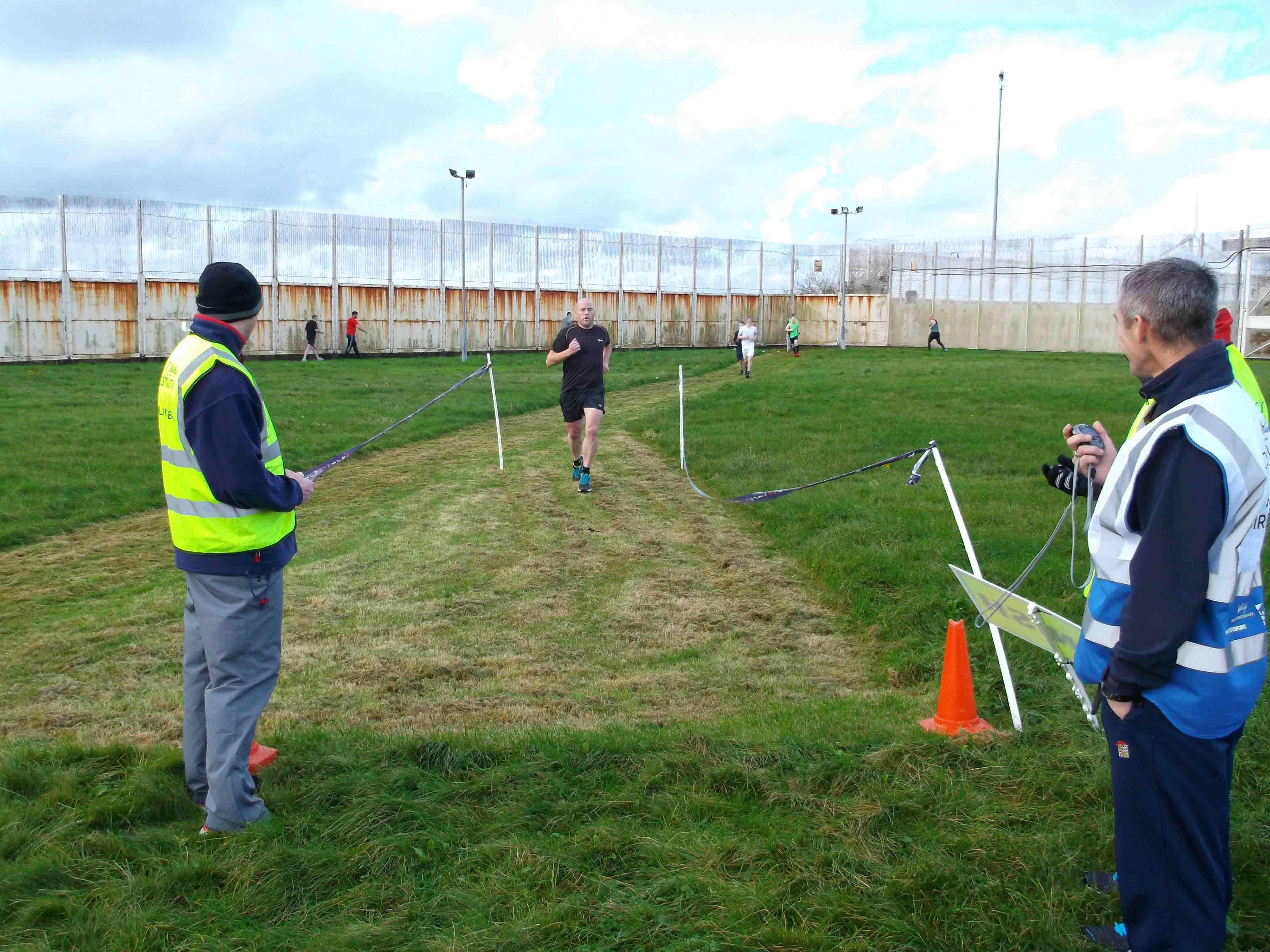 But it is the stories behind these numbers where the real impact is to be found.

In a handwritten letter to parkrun, a resident at HMP Buckley Hall in the north-west of England, wrote “parkrun events are a place where anyone from any background, race, ability, or age can connect and feel part of a collective spirit. parkrun energises me every Saturday morning, walking and running with a good group of people gives me a sense of attachment to this nationwide event, for the rest of the day I feel like I’m part of something bigger.”

That sense of being on a level playing field with everyone else, and feeling supported and encouraged by their peers, was also something that another prisoner mentioned.

“Before I took my first strides, I thought people might laugh or ridicule me. But there was just a bunch of guys who recognised I was trying to better myself. I found encouragement, positivity and support. A fellow prisoner even told me he was proud of me for getting out there and having a go. That meant a lot.”

Of course, it’s not just about the walking, jogging and running. Like all parkruns, those on the custodial estate are delivered by volunteers, with support from physical education instructors and other prison staff. Volunteering is a really important way of improving people’s lives. As one custodial estate parkrunner said; “Volunteering at parkrun has been the most rewarding aspect for me – it’s humanising. And it’s infectious.” 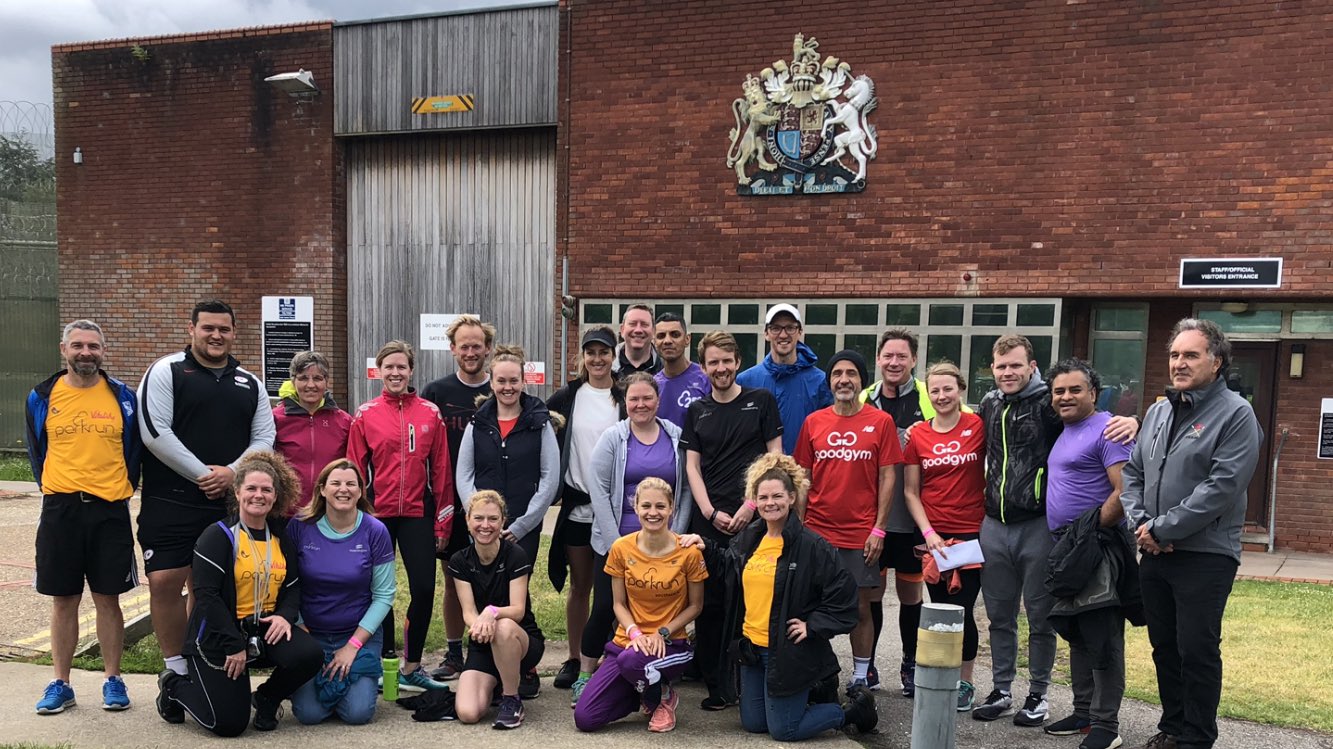 Joanne Gray, Event Director of Keppel parkrun at Wetherby Young Offenders Institution in West Yorkshire, explains how parkrun has had an incredible impact on one young person’s transition back into the community “One of our young people had volunteered regularly at Keppel parkrun and was really proud to have earned his V25 t-shirt. At a recent college interview he was asked about his volunteer role at parkrun and spoke confidently for 20 minutes about the skills he had learnt – he explained how he helped to ensure that all volunteers completed their roles effectively and was able to teach each role to new volunteers.”

parkrun is also bringing loved ones closer together too, thanks to the results pages on the parkrun website. The fact that family, friends and partners can check parkrunners’ times is incredibly powerful because it represents a chance to share an experience with the people they love. It also helps to encourage those family members to become parkunners too.

Wandoo Rehabilitation Prison in Western Australia, the first women’s prison in the world to introduce parkrun, developed a pioneering initiative to encourage the women in their care and their friends and family to participate in parkrun.

In a 12-week period, if a Wandoo resident participated in eight parkruns as a walker, runner or volunteer, and a friend or family member participated in at least one parkrun in the community, they were allowed to participate at parkrun together at Wandoo on a specific date.

“The prospect of a ‘parkrun visitor day’ was an extra incentive to take part in parkrun,” said Kylie, a regular participant at Wandoo. “A mate of mine does parkrun in his community, so we were able to do parkrun together when we had the ‘parkrun visitor day’. We volunteered to be the Tail Walkers and it was an awesome experience.

“It was so nice to be able to walk around outside and talk, rather than sitting at a table during the visit. It was great for my mate to see where I live and to know that I’m in a safe place and being looked after. I felt a real sense of peace afterwards.”

The success of parkrun at Wandoo paved the way for three more parkruns in Australian women’s prisons, including two remand centres.

Steph, a resident at Tarrengower Prison in Victoria, said “I have been in prison for many years now. I had never heard of parkrun until our Recreation Officer showed us a TV clip about the first women’s prison in the world to host a parkrun, in Western Australia. I saw women happily walking and talking on an oval. They looked normal and almost free.

“We (Tarrengower women) were asked to raise our hands if we would like to take part in parkrun. It looked like a bit of fun, something different perhaps, so we raised our hands confidently. It was unanimous.

“I honestly feel stronger and happier than I have felt in years thanks to parkrun. I may literally just be walking and running around in circles but it is actually getting me somewhere as I am miles ahead of where I was four months ago in many ways. I have more focus and determination than ever before. I know I can achieve again and for me that is massive.”

Michelle Glassup, parkrun Event Director at Feltham Young Offenders Institution in London told us “parkrun allows me to be involved in a choice that is given to our young people rather than something that is a necessity of the regime. As a volunteer the participants recognise I am there because I care and have an interest in them achieving their potential.

“This shows the really positive impact that the event can have, not only on those in custody but also on their relationships with staff and on the staff’s wellbeing too.” 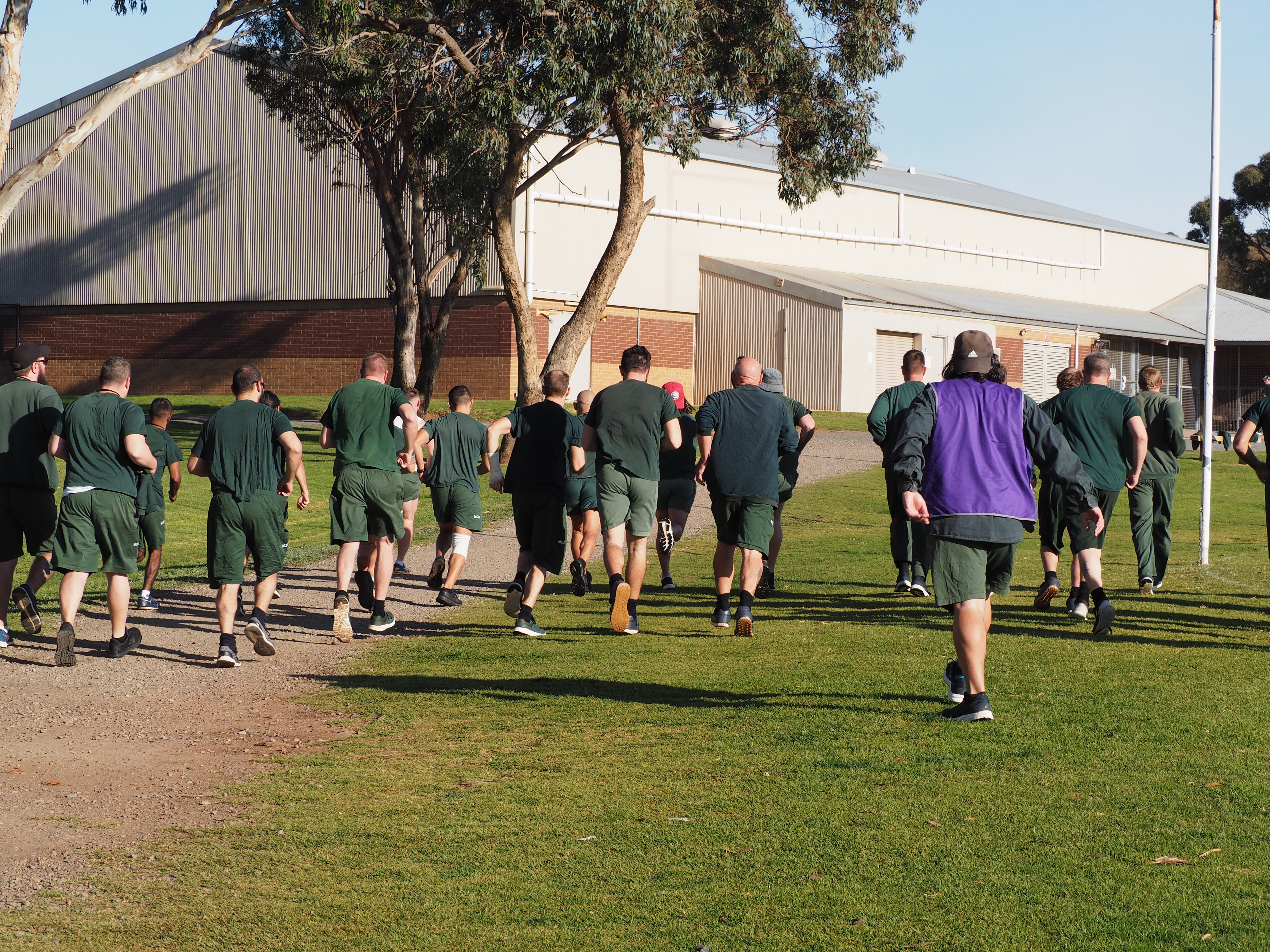 parkrunner Paul, who was on the start line of that first ever event at Black Combe parkrun at HMP Haverigg, credits parkrun for helping him carve out a new life outside of prison, “When you come out of prison, getting back on your feet is hard, especially financially. So, having something free, and regular, was amazing for me. I now have a full-time job, and have been reunited with my son. I have a simple life which I am truly grateful for.”

As we celebrate four years of this amazing, life changing initiative we are excited about what the future holds. More custodial estate parkrun events, more people taking part and yet more evidence that parkrun is truly open to all.

Click here to read more about parkruns in Australian correctional settings, including articles written by prisoners.

If you work in a correctional setting in Australia and would like to find out more about bringing parkrun to your facility, please email support@parkrun.com.