Together for two years after meeting as neighbours and now building a house, Rowan Ralph (32) surprised the love of his life, Ione Swanepoel (25), by asking for her hand in marriage at the 1.8k mark at Aveley parkrun.

At the 1.8k mark, there is a picnic gazebo off to the side of the path where the couple shared their first kiss many moons ago.

Rowan said he’d been planning to ask Ione to marry him for some time now, and came up with a clever plan to surprise her.

“Usually at parkrun I run ahead and we do our runs solo, but last week I made sure we did it together so she wouldn’t suspect anything this week,” he said.

“When we got to the gazebo, I pretended to have a bit of a stitch and pulled her to the side to stand underneath it, and that’s when I asked her if she would marry me.”

Some of Rowan and Ione’s family also did parkrun, but as they were in on the secret they made sure to keep their distance behind the couple to give them their privacy. They then all caught up with Rowan and Ione for congratulatory hugs and photos at the gazebo before heading off to complete their 5k.

Because what’s a parkrun engagement without finishing parkrun?!

Some family members were spotted along the course waiting for Rowan and Ione to come past, and the newly engaged pair were seen walking hand-in-hand admiring her diamond ring before picking up the pace and finishing parkrun to a crowd of family waiting at the finish.

It was a certainly a beautiful way to start the weekend as well as a lifetime of happiness, but those parkrunners who remained at the finish and heard the whispers of an engagement, all huddled together to form an arch for Rowan and Ione to walk under as they made their way to the barcode scanner – cheers and claps loud enough for all to hear!

There was no way you could wipe the smiles off Rowan and Ione’s faces.

“I had absolutely no idea he was going to propose!” Ione laughed.

“Last week he ran with me, so it wasn’t weird for me that he chose to run with me again… it was just really weird to see that my sister came (running the course in thongs!) that’s for sure!” 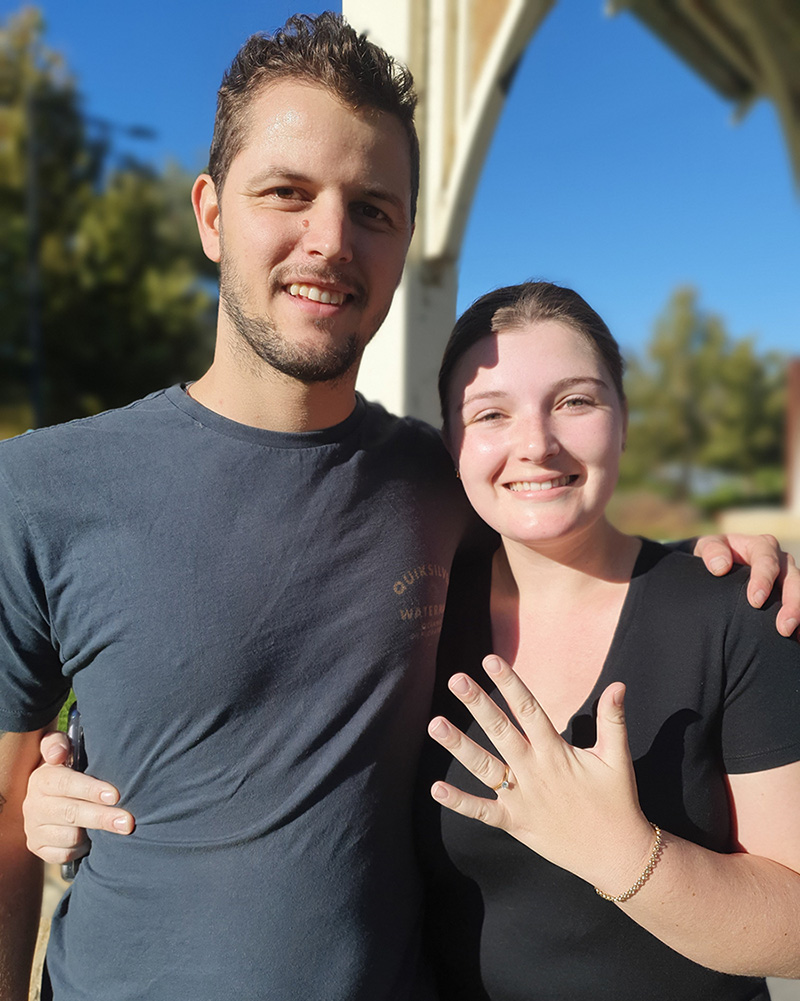 Everyone at Aveley parkrun and the wider parkrun community would like to wish you both, Rowan and Ione, a big congratulations on your engagement!

We are excited to announce a landmark partnership with health company Medibank, who have become the first presenting partner for parkrun Australia.   Medibank has been parkrun Australia’s official health and wellbeing sponsor for the past six years playing a key role in the growth of parkrun across Australia and helping parkrun become what it…

Kirsty Robben recently volunteered at parkrun for the first time. She explains how volunteering helped her find her way back into parkrun following a bout of COVID-19, and how it provided her with a very different perspective of parkrun.   I’ve been doing parkrun since 2019. We had just moved and I was looking to meet…