Thousands of people came along on the day, with many having the chance to say hello to their local ABC Radio presenters and explain to listeners why their local parkrun is the best place to be on a Saturday morning! Many also shared their stories about how parkrun has changed their life, perhaps inspiring a positive change in somebody else’s life too.

The live broadcasts were part of a national conversation the ABC is hosting during October and November focusing on Australia’s health and wellbeing. 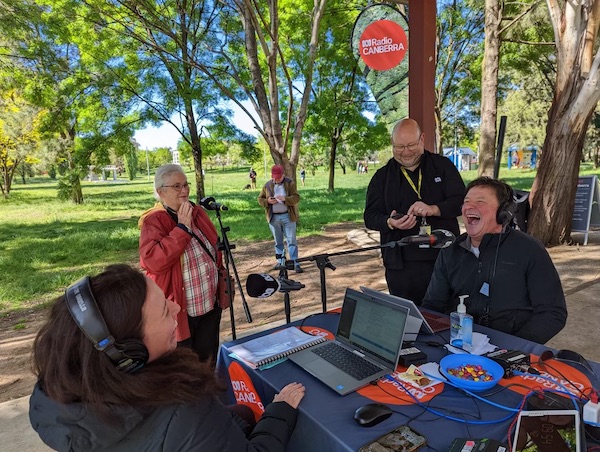 ABC Radio Canberra at Tuggeranong parkrun in the ACT

Here’s a wrap up from some of the parkruns around the country that kindly hosted their local ABC Radio station: 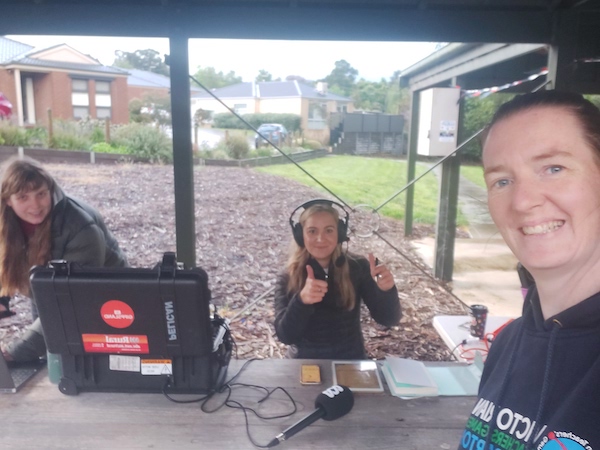 Cheryl has walked 335 parkruns, even through chemo treatments for cancer

Paul, an amputee, who was doing his 25th parkrun 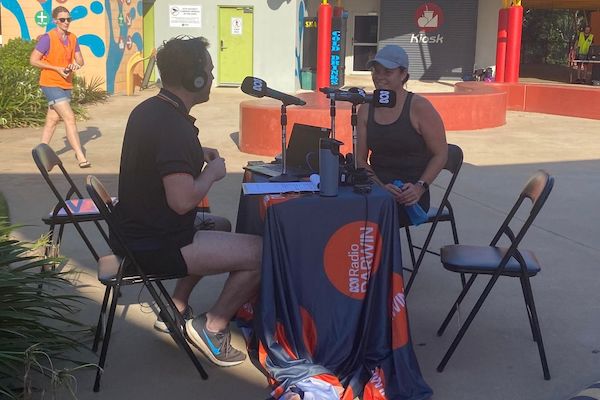 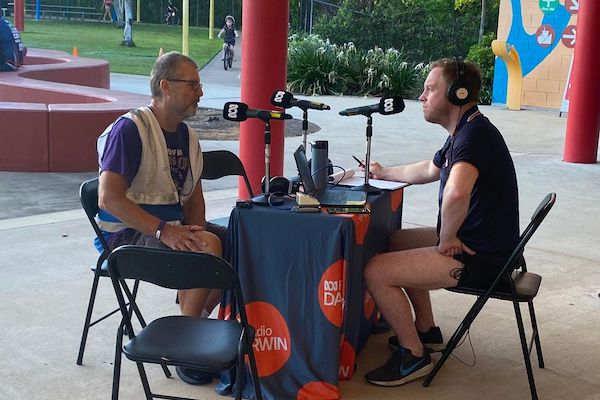 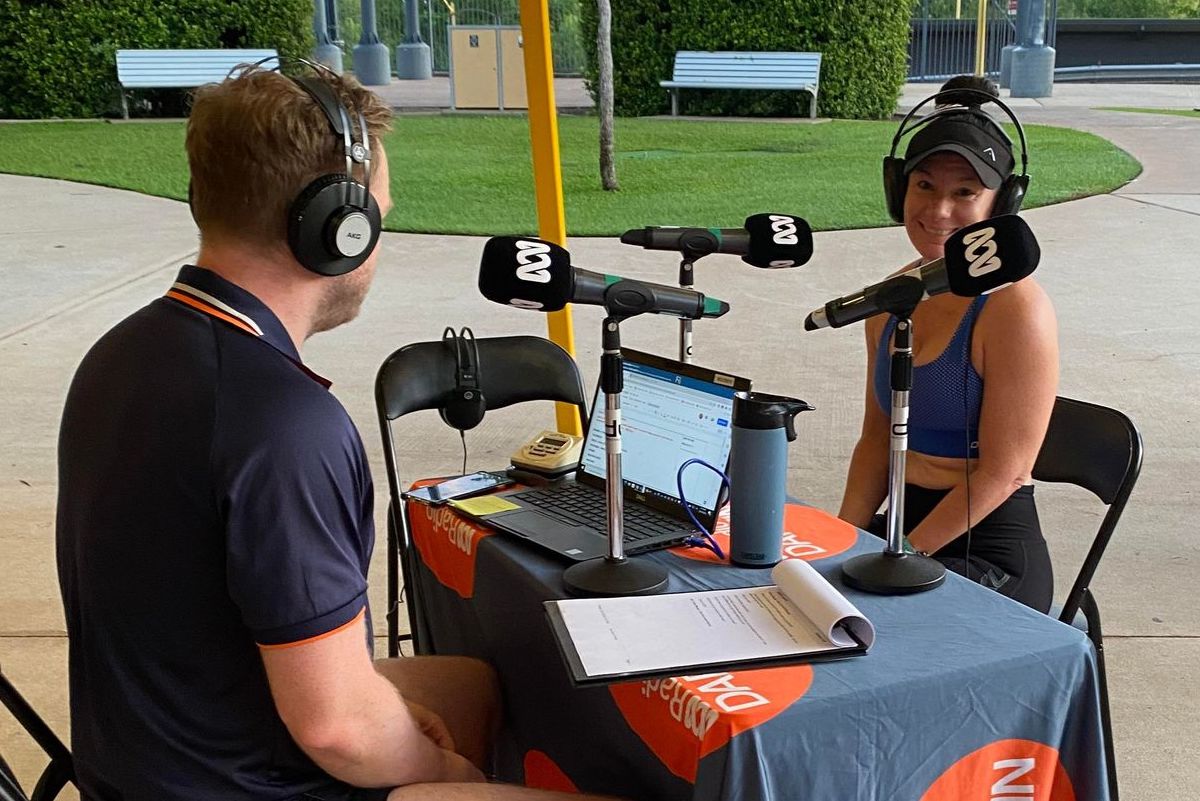 It was a fabulous, Brisbane style (humid!) morning with a great turnout of 264 volunteers, walkers and runners. The ABC team had the opportunity to chat to an amazing cross-section of the parkrun community including 11-year-old barcode scanner Chloe, VI volunteer Noel, tail walker Marion, the president of the Australian Rheumatology Association (Claire), 250 milestoner Jeannette, 90-years-young Beryl, and co-Event Directors Linda and Brad. The conversations provided insights into how they found parkrun and what keeps them coming back: volunteer, walk, run and coffee afterwards, of course! 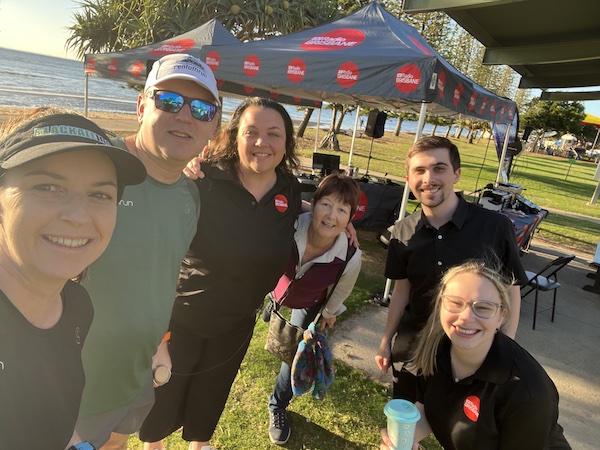 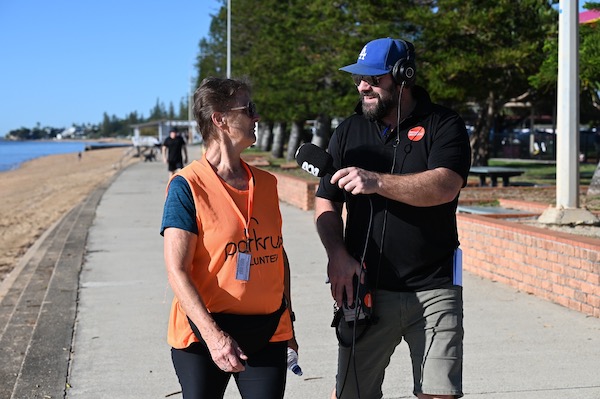 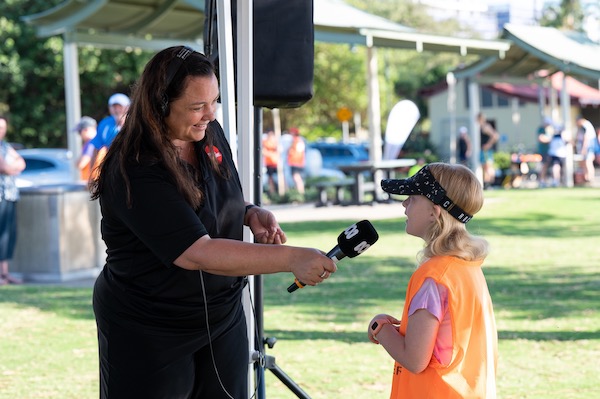 Gary and Denise (co-event directors) met with the ABC Canberra team just before 7am and spoke with Emma Bickley on-air soon after. Canberrans across the region learned about parkwalk, the communities and friendships that have been built at parkruns across the region, and an interesting statistic that revealed 7% of Canberrans are registered for parkrun!

A range of parkrunners and parkwalkers chatted with Emma. Amongst the ‘on-air talent’, a regular volunteer spoke of a feeling of belonging, three generations of participants chatted about their family’s love of parkrun, and other participants confirmed for the listeners that parkrun is fun, free, for everyone, forever. The regular feelings of excitement and accomplishment felt at the event every week were bolstered by the knowledge that a new group of Canberra residents got hear about parkrun, it’s inclusiveness, and benefit for all. 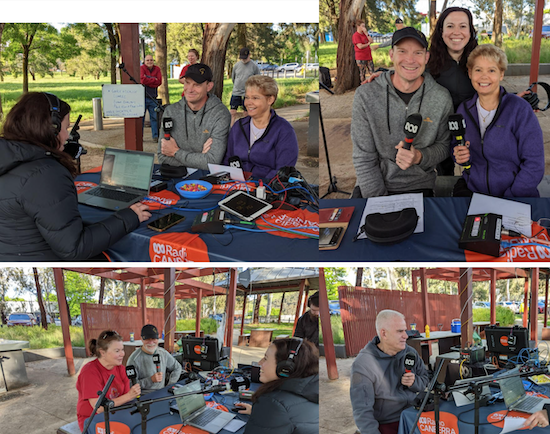 The sun was shining and excitement filled the air as the ‘parkrun Pondies’ proudly took part in their Saturday morning ritual. More than 450 walkers, runners and volunteered were joined by ABC presenter, Simon Marnie, who interviewed a cross-section of the parkrun community.

Simon spoke with a young first time volunteer, a participant in Halloween dressup, milestone achievers, families and walkers. As the event was winding down, parkrunners were part of the regular gardening segment of the show, and asked questions of expert, Judy Horton. It was an extra special parkrun day and The Ponds parkrun was delighted to showcase parkrun on behalf of Sydney for the fantastic Your Move campaign. Maybe next time Simon Marnie will complete the 5km course – by all accounts he would make an engaging parkwalker! 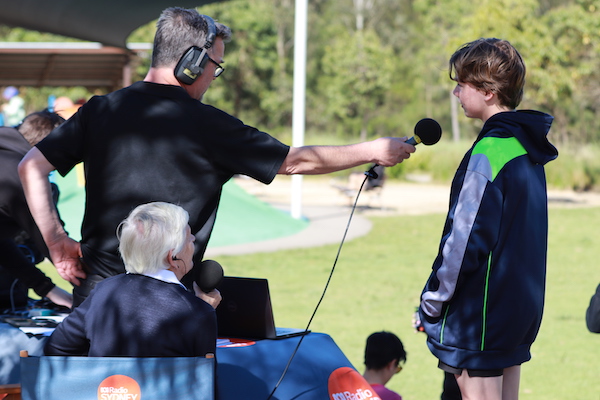 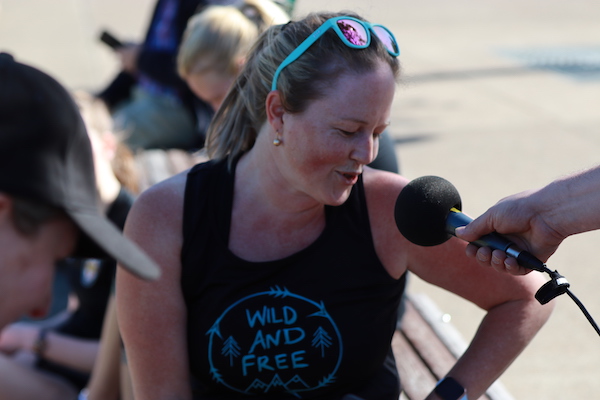 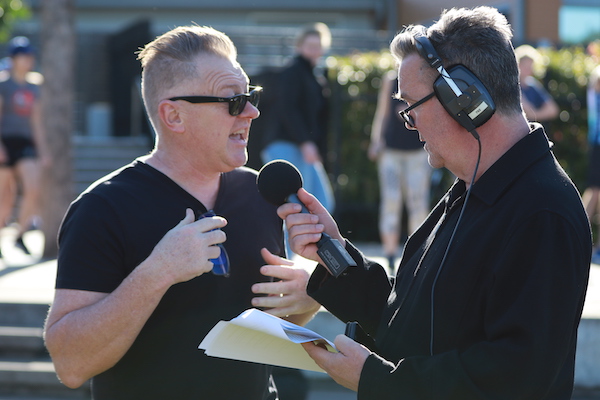 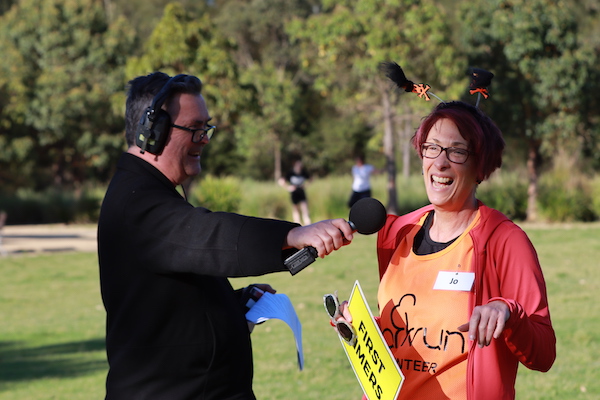 The ABC’s visit to Mackay parkrun coincided with its 300th event, with Colin Hardy volunteering for the 100th time and a fancy dress theme of cowboy hat, loud Hawaiian shirt and crocs.

ABC Your Move hopes to inspire one small change for better health in people, such as joining in parkrun. More information is here and check out the ABC’s health quiz here.