I had attended my local parkrun four times between 2017 and 2020. Three of those were in January. Failed New Year resolutions.

In January 2021 I needed a definitive lifestyle change due to a number of heath issues that were mostly related to fitness and weight. Being put on blood pressure medication for high blood pressure was a real wake up call. After some reflection I came to the conclusion that running didn’t require membership fees or financial instalments, so I decided to run. 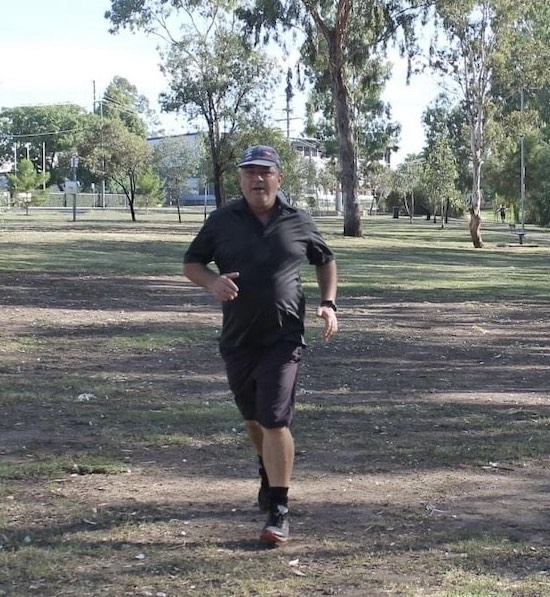 I come from a decade of military service but that ended back in 1999. But what I did remember was that running was exercise you could just go out and do. It was relatively straightforward. Although I was running through the week, parkrun quickly became like a weekly celebration of my new running journey with family when I attended.

I remember only being able to run about seven minutes without needing to walk when I started. Within a few months I was off the blood pressure meds and by the end of the year I’d shed 20kg and hit eight parkrun PBs! parkrun was an integral part of my lifestyle change, improved physical and mental health, and has been central to my journey as a runner.

parkrun, especially the parkrun community, has been a pillar of support and encouragement in more than just my running.

In 2022 you could say I became parkrun obsessive. I attended 44 parkruns, a slight increase from the 17 in 2021! That included some volunteering, 17 different tourist parkruns including in New Zealand. I’d also hit another five PBs. In 2022 I also did a number of road and trail races ranging between 10km-30km in different locations and whenever possible I would slot in the local parkrun. My running journey, running life and running community are rooted in parkrun. I’m looking forward to another year of obsession in 2023 that includes a number of parkrun challenges and goals.