Now I know I’m a runner!

Greg joined Trout Pond parkrun’s second event back in November, and has been a regular attendee ever since. Even though he only began to run as an over-50, he’s now proud to be able to refer to himself as a runner!

My desire to run began about a year before I heard about parkrun. I had been powerwalking for about 3 years logging on average of 12 to 15 km per day during that time period, and I was quite content with power walking being my form of exercise.

My mindset was “you’re over 50, you can walk, but because of multiple bouts of severe debilitating back spasms there is no way you can run.” That was until, in late 2017, my oldest son asked me if I was interested in participating in a charity 5km run.I hesitated but said yes – I struggled to finish but I did! For the next year I entered a few races to see if I would continue to improve.

Then in the summer of 2018 a friend from Australia told me about parkrun. I looked it up and saw the nearest parkrun was held in Calgary called Nose Hill, but it was too far away from where I lived. Then in November 2018, I saw a parkrun was coming to Taber called Trout Pond. I thought to myself “yes! a free timed run every Saturday!” So I committed myself to travel 45 minutes out to Trout Pond to try it, despite our winter climate 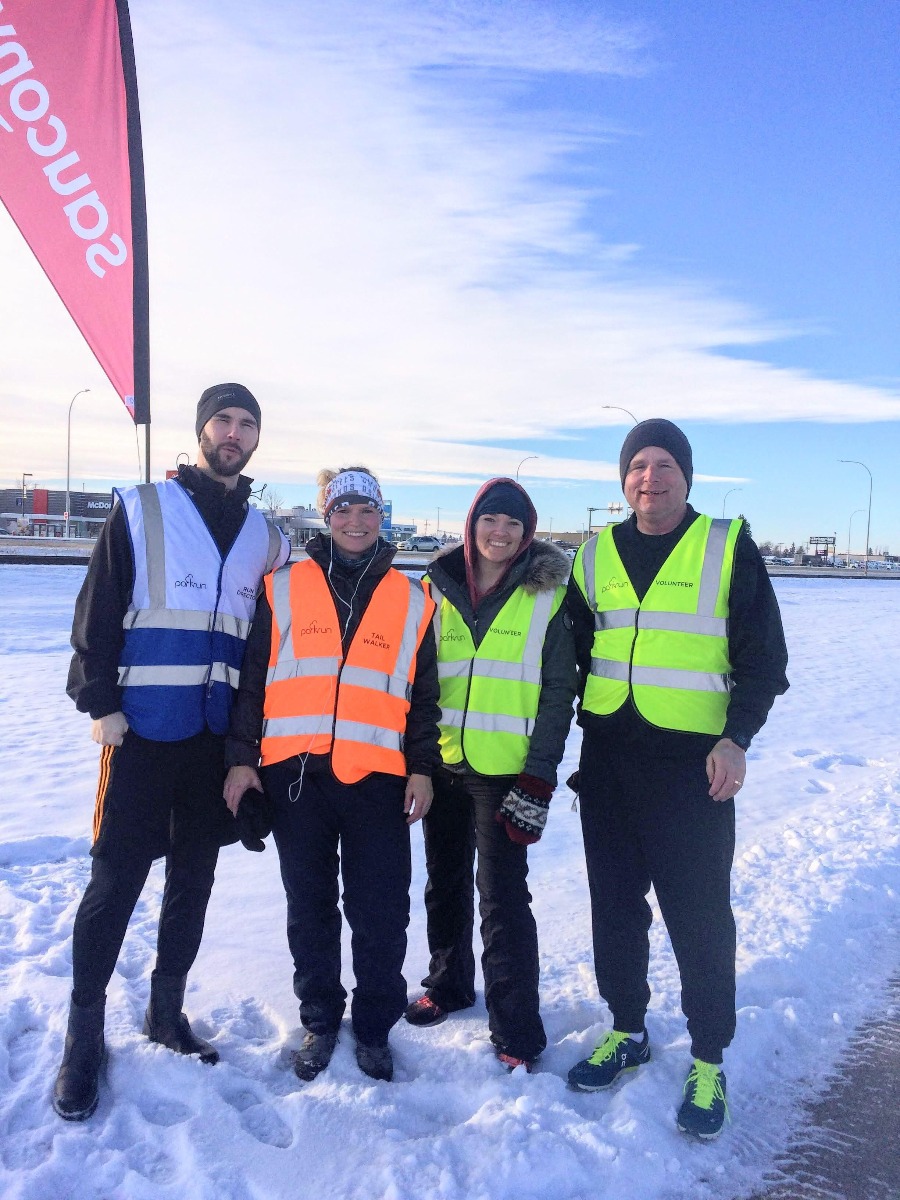 Since I started attending parkrun every Saturday, I have seen steady improvement in my 5km times and my overall health both body and mind. I have set a personal goal to beat last year’s times in races that I enter, and I know with parkrun it will happen.My long term goal is to run sub 24 minute for 5km. My current pb for parkrun is 28 minutes 4 seconds.

parkrun has and is a blessing in my life as I have received unbelievable support from my new found friends who have similar goals. I now alternate between Lethbridge’s Henderson Lake parkrun and Taber’s Trout Pond parkrun. Thanks to parkrun I now know I am a runner!.