What do barefoot running and the soon-to-launch Nautical parkrun in Bronte have in common? Both are the result of Event Director Roderick Mark Schuller keeping an open mind and seeking new challenges! He tells us how both came about.

I have been a runner for many years, but I am now a ‘barefoot runner’. Although I have completed 26 marathons in conventional running shoes, I often refer to running barefoot as “My 27th marathon.” This challenge lasted almost 2 years, and was inspired after watching an episode of “The Nature of Things” about how we were all (likely) meant to run barefoot.

I do this sort of thing in order alleviate boredom and to maintain my life-long mantra that running should be a lifestyle, not all about pursuing one-off goals in isolation, which can sometimes lead to injury.

An introduction to parkrun

Once when I was out, fellow barefoot runner Prasheel Gopal came across me running in ‘barefoot sandals’ and stopped to talk to me. For months he tried to talk me into running Beachstrip parkrun. Eventually I did, learning that the first parkrun was Bushy Park and for the first two or three years was called Bushy Park Time Trial, and parkrun founder Paul Sinton-Hewitt is originally from South Africa like me!

So soon after I ran Beach Strip (my first parkrun) I decided to check the parkrun website to see if the old timed-trial I used to run as a teenager now existed now as a parkrun. Right enough, Rondebosch Common timed-trial was now a parkrun too – but amazingly they also had over 800 finishers on the same same Saturday morning that I did my first Beach Strip parkrun. Was I ever thrilled and excited?!

In all of my running years, my wife and fellow Nautical parkrun team member Berenice, has had to put up with my going out for long runs, sometimes twice a day. It is only recently that she let me know that she was wishing I was around more often when she had to raise our two boys rather than take off every Sunday morning. But I was always out running!

Before setting up Nautical parkrun, I initially helped set up Oakville’s other parkrun, River Oaks. And for me, starting a parkrun is not only another way to introduce something new into my running repertoire, but also a brilliant way to for Berenice to get involved in the core team too, along with Prasheel. 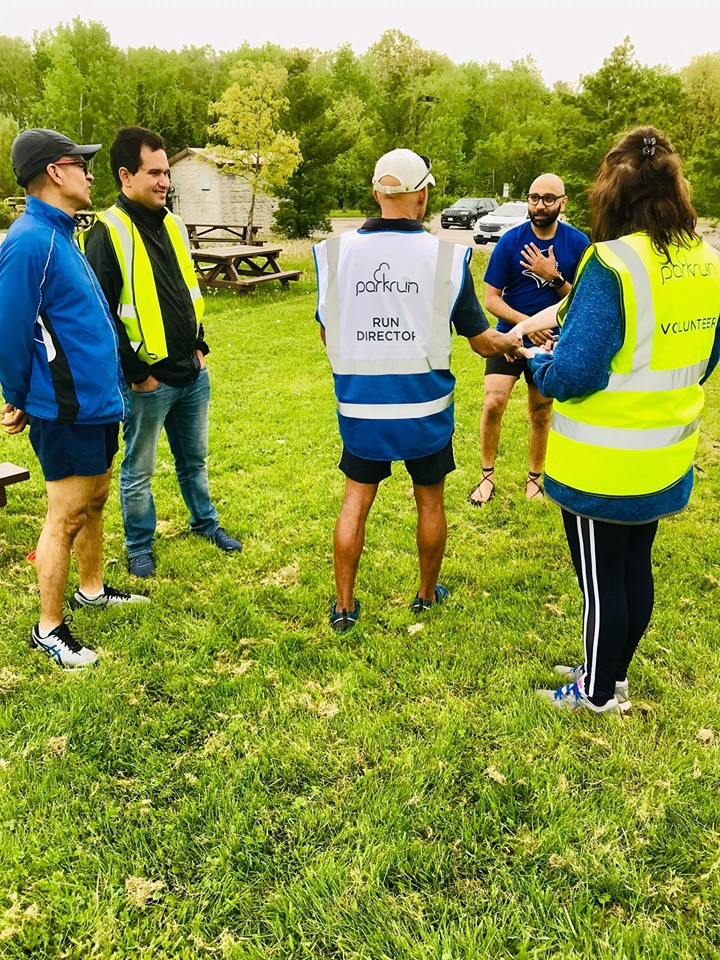 Founding Nautical parkrun, Bronte also allows me to give back to the community. The community of Bronte is an older and more original area of Oakvilla, and tends to be close-knit.

Bronte is also a designated tourist hotspot in Ontario, so it suits the town perfectly to have a tourist drawing parkrun within its boundaries. We’ve received some fantastic support from recently-elected Town Coucillor Beth Robertson

We decided to make our parkun especially appealing to walkers, by mapping out a course in the woods of beautiful Nautical park which is very similar to hiking paths that one could encounter in provincial campgrounds.

Our aim is to encourage walkers to come out for a weekly 5km, and watch the magic happen!