Nautical parkrun, Bronte is still in its early stages, but they take great pride in the number of families who have made parkrun a part of their weekly routine.

One of the most gratifying aspects of our events have been our parent-child level of participation.

The Snyders are a family of dad Kyle, mom Leah-Patricia, children Ella, Bryce and baby sister Maddy.  Leah has taken part on virtually all fronts of our parkrun; as well as running, she has also donned high viz to fulfil the role of Tail Walker, and often performing the role as barcode scanner after her run after either finishing as our first woman runner! Leah and Ella often show up in cute matching mother/daughter outfits, and Ella also helps out with Token Sorting.

The Xamin family of mom Stephanie, daughter Sophie and son Patrick participated from day one when she showed up with her baby-boy Patrick at the first meeting held prior to our first trial run.  Stephanie has since helped with high viz positions of Run Director, Tail Walker, Marshal, Photographer and Finish Tokens.

Stephanie also contributes heavily to our social media presence. She has her own running fitness company named Stephanieruns Fitness and has a Youtube Channel where a number of her videos not only mention our parkrun, but a couple are dedicated entirely to describing Nautical parkrun and why she loves the whole idea of parkrun.  She also initiated our Ugly Christmas Sweater Day!

Lauren Thompson and daughter Mia, and Claudia Ribeiro and daughter Julianna were also regulars to our parkrun events.  These two families were very much involved with volunteer roles as well.   Lauren has twice performed the role of Run Director while Claudia has worn several hats too, including Tail Walker, Timekeeper and post-parkrun shut down.

Even 3-year-old Zoe, the granddaughter of our two event directors Berenice and Roderick, sometimes shows up and ran around kicking a soccer ball and playing in the splash pad with children of the other participants.

Other participating families: Susan Kilburn and her son Damon, the Wei family, regulars Kevin and Denise Japaul, who come out with their son Shaariq. 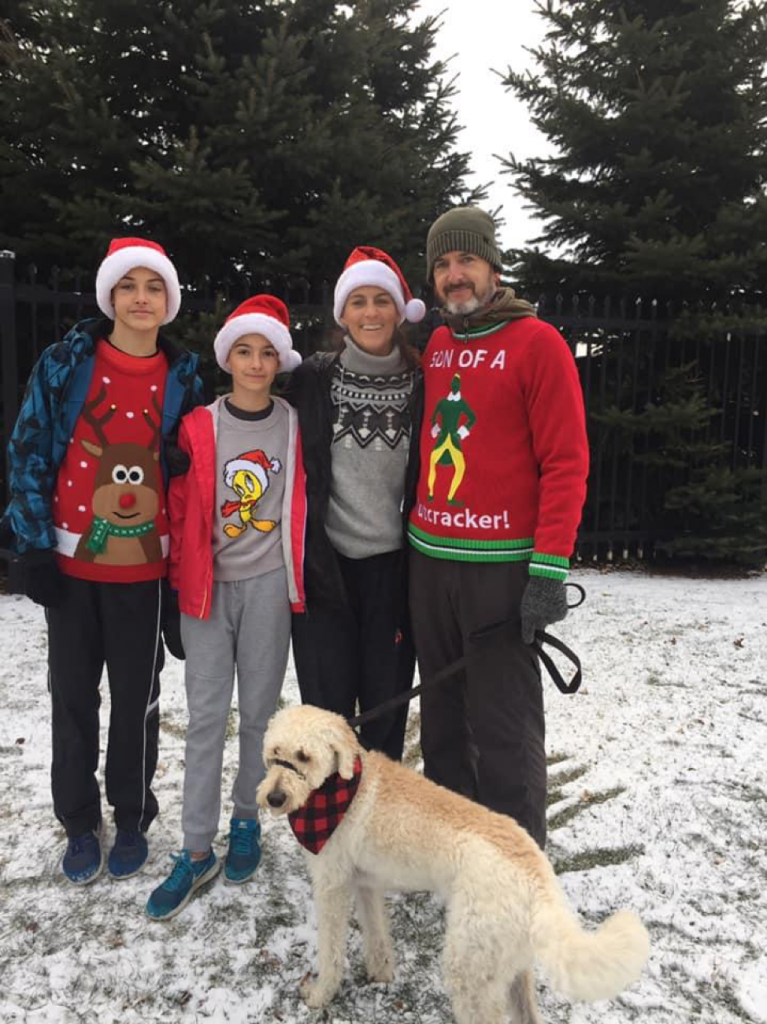 Jacqui and Mathew Dampier  with daughter Emma, son Adam and their barkrunner Nero were at our Ugly Christmas Sweater Run.  They are a lovely family who came out to several of our events in 2019.  Young Adam has had 3 first place finishes overall this year despite still only being in the 11-14 age category.  He has displayed remarkable improvement in his times and is surely a future track star to watch for.

We also had two families with the surname Pretorius who came along in summer and ran with their baby strollers.  At first we assumed that due to the last name being the same, they had to be related – but we later found out that they were not related at all! It was just a coincidence that they met up as fellow South African expats and Pretorius happens to be quite a South African name.

Then there was “Mayor Beth” who has very often been around helping out.  She even recently  introduced her children Lindsay and Jeffrey to our pre-Christmas ‘Ugly Sweater Day’ run. Of course Beth Robertson is not actually the mayor of Oakville, but our event director always jokingly introduces her to everyone as the ‘Mayor of Ward One’, which is where Nautical parkrun is located in Oakville.

Last but definitely not least, we would be remiss if we did not mention our two stalwart volunteers who showed up pretty much every single week:  Frances has been our most frequent Run Director, and her generosity extends to bringing coffee and refreshments for runners and volunteers. Berenice has helped with the very creation of Nautical parkrun. Every week she also sets up and closes down the parkrun as well as bring hot chocolate, coffee boxes and has purchased the box for equipment storage. 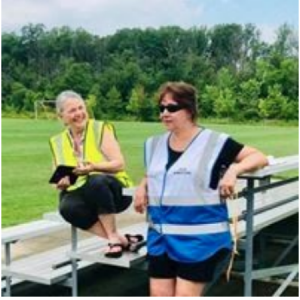 Thank you to all who contribute to our community!