At parkrun we are joined by a community that bring a whole host of stories and journeys.  Some are first timers, and some are regular visitors on Saturday mornings. We love to hear and share the stories, and this week we hear about Trevor from Lethbridge parkrun who has trained long and hard to realize a personal goal.

On 3 Nov 2019, Lethbridge Henderson Lake parkrunner, Trevor McIlroy, participated with 53,519 other runners in the annual New York City Marathon.   He finished the race in a time of 2 hours, 39 minutes and 48 seconds.

This puts him as the second Canadian in the race, and he was the 211th finisher overall!   Even more astonishing is that this race was only Trevor’s second marathon after starting running in 2015.

We are currently all living through the challenges and turmoil of a global pandemic, and it has curtailed just about all global sporting events, including the 2020 New York Marathon which was scheduled to take place on 1 Nov 2020.  It is certainly, therefore, perfect timing to highlight the incredible achievement of Trevor McIlroy at the last New York Marathon to be staged in November 2019.

It is also important to celebrate the individual successes and experiences of our local parkrunners, and Trevor’s running achievements in a short span of about 2 years deserve special attention. Besides running, Trevor spends his daytime hours working as a Chartered Professional Accountant with the City of Lethbridge.  Outside of work hours you can see him routinely running the roads, tracks and pathways throughout the city.

I first met Trevor shortly after arriving in Lethbridge, back in August 2018.  We met during a local running club workout, and after a short chat, it was obvious that Trevor was an extremely enthusiastic runner, who had a strong background in many other athletic activities, including martial arts, hockey and motorcycle racing.  He was keen to learn everything he could about the art and science of running. 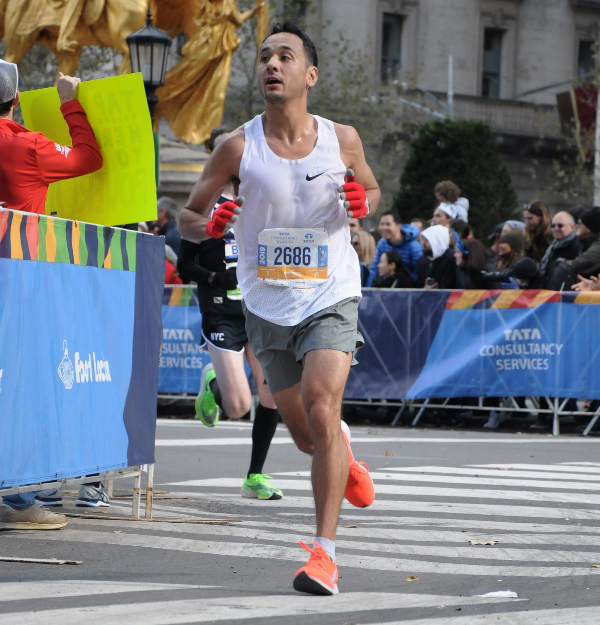 He is the type of person who sets a goal in an activity and does everything in his power to be as successful as possible.  He is totally self-coached and after pouring through a plethora of running training programs and running books, chose a training program that would put him on the path to building incredible speed and endurance.

Trevor went to Berlin in October 2018 to run his first marathon, and his performance in Berlin was outstanding.  His finishing time was 2 hours, 50 minutes.  An amazing time for a person who just started serious distance running about twelve months earlier.

Following Berlin, Trevor needed some extended recovery time to heal an injury, and then in the winter of 2019 he embarked again on a training program that would prepare him for the rigours of the New York Marathon.  The training program included difficult weekly speed sessions and numerous weekly long distance runs, sometimes adding up to well in excess of 100kms per week.

On 30 March 2019, we launched the Henderson Lake parkrun, and Trevor was at the start line with 98 other parkrunners to complete the 5km route.   He finished in a time of 17:05 and it was obvious that he was well on his way to building incredible running speed.  He followed this parkrun with another on 15 June 2019, where he laid down a time of 16:46, an incredible PB! 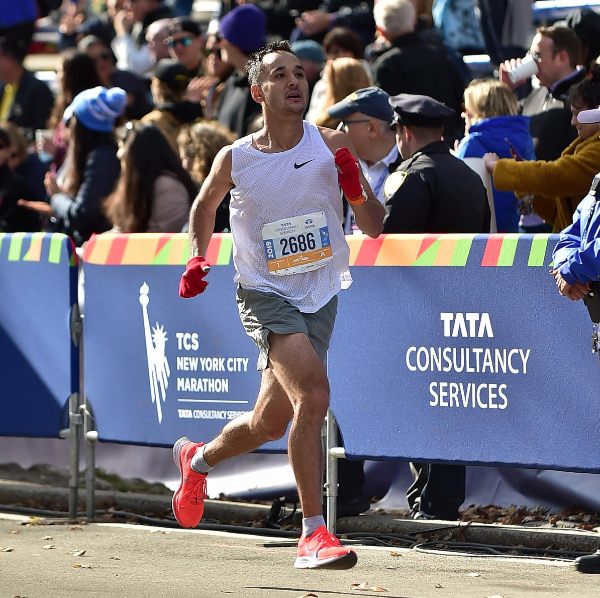 In early November, he headed off with several other enthusiastic local runners to run the New York Marathon. I, along with many other local runners were tracking his progress on race day via the internet.  Kilometer after kilometer, Trevor ran at a steady pace of about 3 minutes, 45 seconds per kilometer.  His consistency was amazing.  At the finish line, Trevor crossed in 2 hours, 39 minutes – an outstanding time for this difficult marathon course.

Although Trevor is an incredibly focused athlete, who trains hard and long but of course this method is not for everybody!  Being part of the parkrun community, Trevor is joined by runners of all types of abilities, many of who sometimes it is their first 5K.  Trevor’s story is fantastic, and we love hearing how parkrunners progress in races! 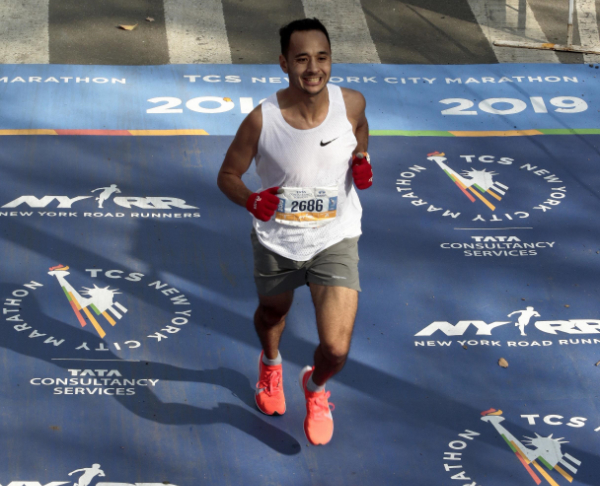 Congratulations again to Trevor McIlroy, a very special local parkrunner, and a fine example of a person who is passionate about the health and social benefits of running in our community.

A team of academics reviewed existing research highlighting that parkrun participants show improvements in, among other things, fitness, total physical activity, and mood.   Here, one of the researchers, Dr Anne Grunseit from the Prevention Research Collaboration at the Sydney School of Public Health, University of Sydney, talks us through the findings.   parkrun is unique…