The community that is parkrun

My first parkrun was at Delta parkrun in Johannesburg back in 2014. I had never been a runner, but when my friend told me about this free 5km run on an otherwise uneventful weekend, I thought, why not. It was definitely memorable, not just because of the number of people that took part, but because in the last kilometer or so, I’d tripped over a root and fell. While my friend laughed with me, a number of other runners stopped to see if I was ok. Little did I realise just how community parkrun would be!

Fast forward a year or so when I discovered volunteering at my home parkrun (shout out to Bryanston parkrun in Johannesburg). The volunteer group always had a few regulars and one of them learnt my name (even though I’d only volunteered once) and every time she saw me (on the route or at the finish line) she’d cheer me on or say hello. For someone that often attended parkrun alone, it was amazing to have someone cheer you on!

My parents discovered parkrun a few years after that and have both surpassed their 100ths runs a while back. Their home run in sunny South Africa (Umhlanga parkrun) is one of the most welcoming I have visited. Whether it’s the volunteers or the regular parkrunners, there is a huge sense of community where people care about one another. When my mom was sick, some of the volunteers even reached out to her to check up on her a wish her a speedy recovery! Perhaps it’s the bountiful sunshine but one can’t help but feel joy!

When I immigrated to Canada a few years ago, I was sad to discover that there was only one parkrun in the Lower Mainland in British Columbia and was determined to start one closer to home and with the help of the City of Burnaby and our awesome Euan Bowman, we started Central parkrun, Burnaby in July 2019. Even though we only managed a few months of events before COVID shut us down in March, we’ve already formed our own community of parkrunnners (near and far). I’ve met some fantastic people so far and seeing familiar faces weekly really warm one’s heart (despite the cold, wet winter) and I’m not just referring to the post-run cuppa!

I know you are all itching to get back together again and so are we! For now, we’re keeping our feet wet (literally) with our (not)parkruns! One of our super-volunteers, Dirk, has combined his love for (not)parkrun with his volunteer time at the SPCA – often doing multiple (not)parkruns while taking the furry ones out for their exercise! We all aspire to be like Dirk! 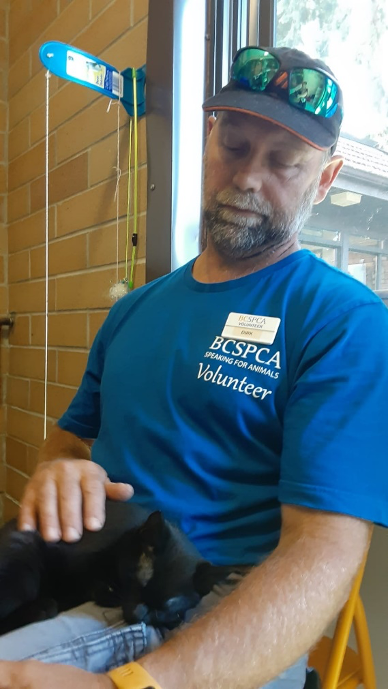 Dirk (in the blue t-shirt) with Kika (SPCA) after two (not)parkruns!

Dirk loves cats too, but probably can’t do (not)parkruns with them

Have you ever heard of ‘Blue Monday’?! It tends to rear its head after about three weeks of trying to change our lifestyle habits, or do something a little bit different. We’ve got some handy advice to keep you on track, and help you celebrate your success so far.   It’s that time when your…

Ready to strive for five? Here’s your eight week guide to successfully completing a 5k walk.   You can walk at the same pace throughout or, if you want, you can alter the pace that you walk as indicated below. Remember that any plan is only a guide, so please do go at your own…