It’s so much more than running

Charlotte Proud has a rare genetic disorder called Osteogenesis Imperfecta. She credits the accessibility of parkrun for enabling her to fall in love with running.

This is her story.

I first heard about parkrun when I was studying for my Sports degree at University. I was regularly coaching and refereeing football, voluntarily, but not actually doing a lot of physical activity myself.

I decided to give running a try as I had always had an interest and wanted to give it a go. I started by running to the end of the street one day and just built up from there, going a bit further each time.

I had read about parkrun and thought I really fancied giving it a try. I’ve always enjoyed helping others, I was a London 2012 Olympic torchbearer for my volunteering in sport, so parkrun seemed like a perfect combination for me.

My first parkrun was in 2012 at Gateshead, England. I remember being a bit nervous about turning up by myself but everyone was so friendly, encouraging and welcoming. I remember I got talking to another lady, who was standing next to me, it was also her first parkrun so we decided to run the route together which was really lovely.

I have a rare genetic disorder called Osteogenesis Imperfecta (also known as brittle bone disease). It is estimated to affect 1 in 15,000 people in the UK. It affects the collagen (quality of bone) and means that I’m prone to fractures. I have the mild type but I’ve still had over 50 fractures. I try not to let it stop me, but I do have to be careful especially if it is icy. It’s a hidden condition so if you saw me at parkrun you wouldn’t know I have it.

I was initially excluded from P.E. lessons in primary school as nobody was sure if I could do it or how to involve me. Instead, I was given jobs to do in the classroom, like sharpening pencils! I managed to prove everyone wrong, especially at break times in the playground and by the end of Year 6 I was captain of the school netball team. My Secondary School teachers were brilliant and so encouraging. Here I played a lot of sport including netball, hockey and football.

parkrun gave me the opportunity to fall in love with running as it is so accessible and for all abilities. 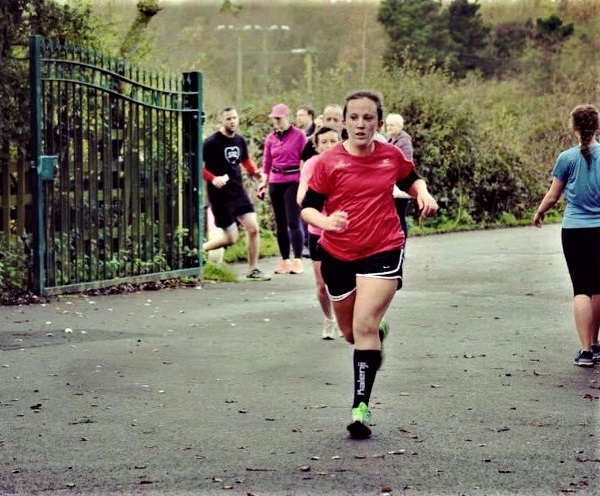 I’m very proud that I can say my parkrun pb is 24:20. With my condition, I do have to be careful to try and avoid falling over. parkrun and running are perfect for me as I can choose to run or walk at my own pace. Last year, I could still volunteer as Tail Walker even though I had my arm in a cast. 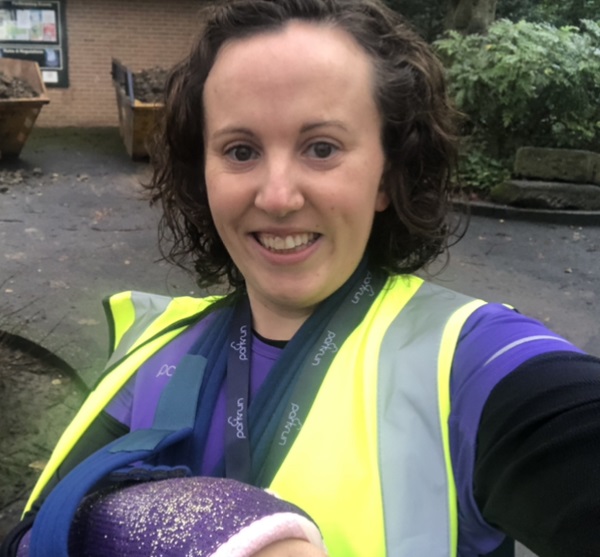 I just love how friendly and inclusive parkrun is. parkrun is so much more than running for me. I’ve met so many amazing people and I’ve found that no matter which parkrun I visit (I have family in Shropshire so have been to the parkrun events nearby) every single one is so welcoming. I’ve met so many people through running including Hazelle, who helped me achieve a great 5k time at Newcastle parkrun in Saltwell park. She ran in front of me the whole time, shouting encouragement even up the hill on the final loop. If anyone has been to Saltwell park, it’s definitely a tough one! 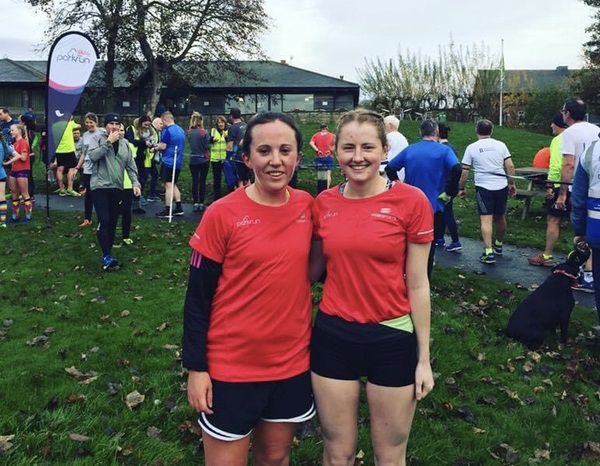 I have completed over 50 parkruns and volunteered over 50 times at parkrun and junior parkrun. 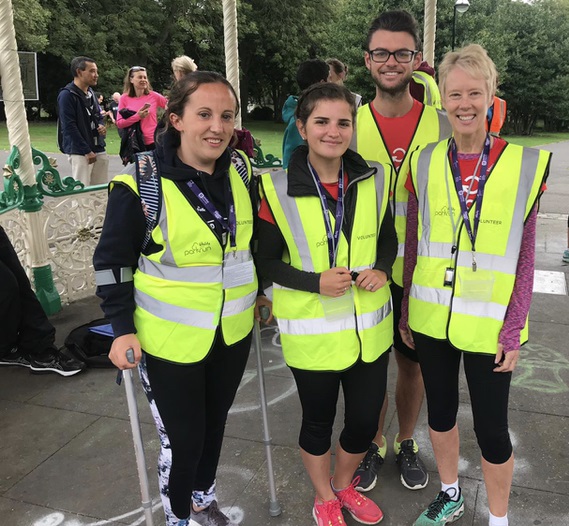 I work on Saturdays making it a bit more difficult to get to parkrun as often as I would like to. I was delighted to discover that I was able to be involved in parkrun more regularly through volunteering at Saltwell junior parkrun on Sundays.

I introduced my sister to junior parkrun which was really good and enjoyable for both of us. She’s now 16 yrs old and a high level gymnast, but will hopefully be able to return to parkrun in the future as something she can enjoy too.

I work in Intensive Care assisting with Physiotherapy and Rehabilitation and with also living by myself I’ve found the past 15 months of the pandemic hard. I’m grateful that I’ve had a brilliant support bubble.

I’m looking forward to the opportunity to help out again on Sunday mornings. I really enjoy volunteering, it definitely gives me a sense of purpose and motivation. It also helps me keep active as I usually run there and back.