Ready to give up online dating, Nikki received one last message from a man named Colin in 2017. Colin recognised from her profile picture, she had run at his local parkrun at Highlands, Craigieburn in Melbourne, Australia. Colin lived nearby and shared similar interests to Nikki, including running. They also realised they knew some of the same people. Nikki immediately accepted Colin’s request. 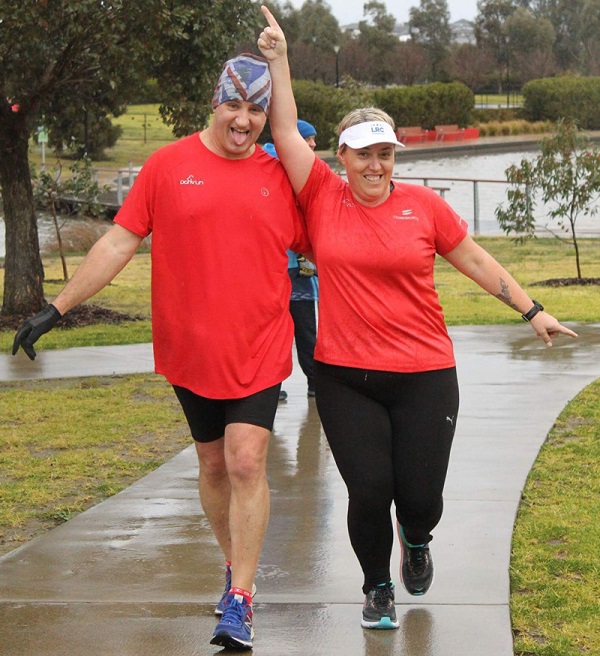 They chatted for a while then arranged to meet for a Sunday lunch, which then progressed to dinner the following Wednesday. Nikki said Colin was running late and thought he was going to stand her up. She texted a friend asking how long she should wait. Nikki was in a celebratory mood, as that day, she’d been promoted to Sergeant in the Police force. Thankfully, Colin arrived soon after and they had a great date. Colin drove her home and they kissed for the first time. It was very chilled and Nikki said “is that all you’ve got?”

Colin’s follow up date was a romantic drive in the country and their love story kicked off from there. A couple of months later, they were living together. Within the first year of their courtship they shared countless parkrun tourist adventures, participated in running events, trained with a running club, and travelled to Thailand where on Nikki’s birthday, Colin popped the question.

Their Highlands parkrun family was delighted to hear their news as they had enjoyed watching their love blossom at parkrun. They were thrilled to learn their wedding was planned for parkrun day. Nikki and Colin wanted to incorporate the place that helped them grow their love and planned their wedding for October 2020 however the COVID-19 pandemic changed that. 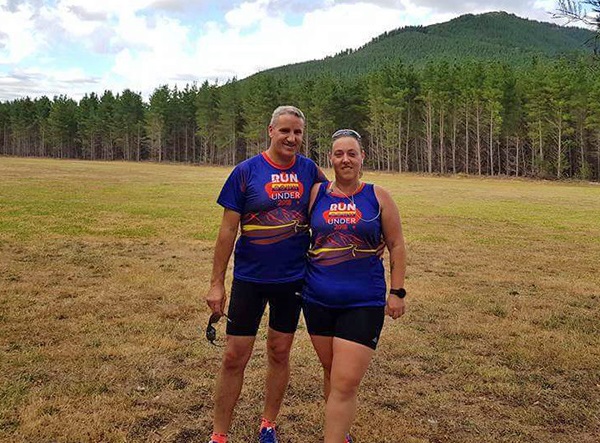 They were finally married in February 2021, albeit a much smaller wedding than they would have liked. On the morning of their wedding they met at Highlands parkrun and ran in wedding gear. Nikki said it was great to be able to share part of their day with their parkrun family. The happy couple then returned to Highlands parkrun for the wedding in the afternoon. The ceremony was held on the lake pier and the reception at the Waterside Cafe. 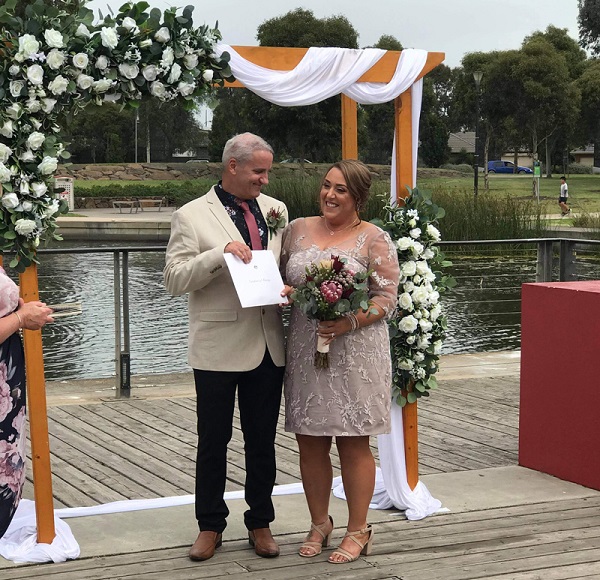 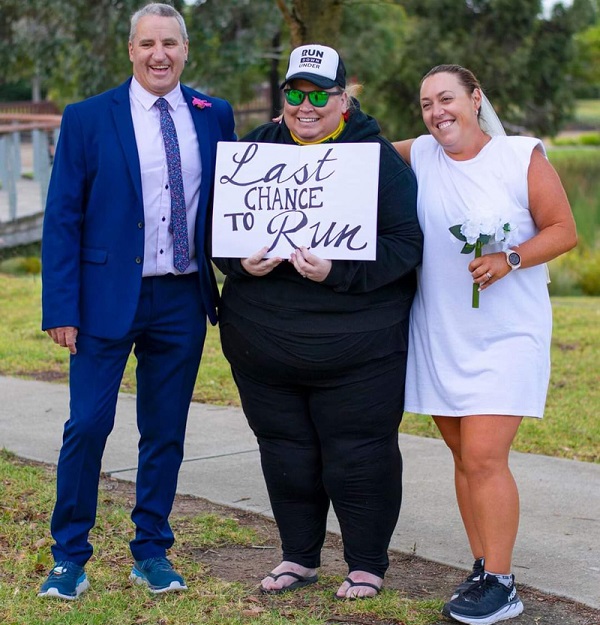