It’s incredible how one chance encounter decades ago can lead to a parkrun event which benefits the local community in so many ways.  Barton Trail parkrun was built from one such meeting and has already led to hundreds of finishers.

Susan Stone was an invited to run in the ‘Run Barbados 10K’ in 1988 where she met fellow runner David Holloway. They became friends and it was 5 years ago (2016) that David reconnected. David told Susan about parkrun and how much she would like it due to the community and grassroots aspect.  David has since become the Event Director for North Bay parkrun and he described to Susan what it can do for communities having seen himself what it can do.  “David was very passionate about parkrun” said Susan, and went on to explain how she was intrigued by the concept.

Susan has been involved in running since the 1980s, having competed internationally and represented her country.  She has enjoyed all that running has given her but she loves to give back too. Susan was due to be the volunteer co-ordinator for the 2020 World Masters Athletics (WMA) championships in Toronto and it’s unfortunate the event didn’t take place, but it goes to show Susan is not shy of a challenge.

When Susan got home to Ontario from Barbados, she made enquiries about how to get involved with parkrun.  She connected with a team that was putting together Downsview parkrun, Toronto, however after moving house it became apparent that the opportunity for an event in Uxbridge would work better. 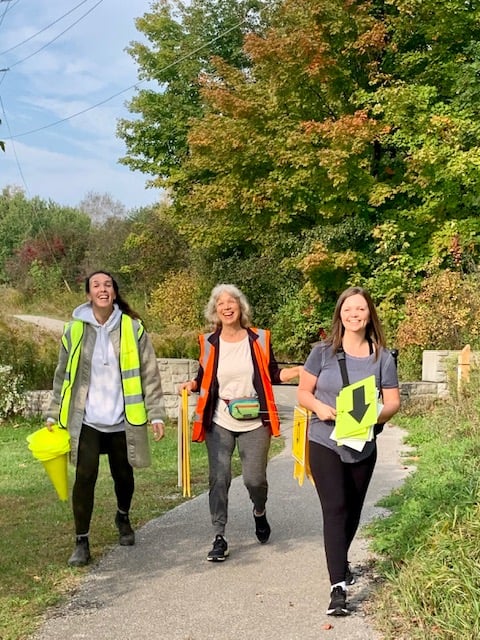 Sandy, the co-Event Director at Barton Trail, heard about parkrun through Susan and was equally inspired.  Sandy runs, in her words, “a bit” and has a history playing basketball, and has recently retired.  Like Susan, Sandy loved the concept of providing an opportunity for the local community to empower themselves to get out and be active.

Susan reached out to parkrun in February 2021 to make enquiries about starting an event in Uxbridge. The road forward was fairly familiar for her from the work that she did with Downsview parkrun.  Three main things are needed to start a parkrun – a team, a course, and the permissions from the landowner to do it.  Susan was confident about getting a team together and already had a course in mind.  The town has many trails and the route takes part on the Trans Canada Trail which is a series of paths and routes spanning the country through every province and territory, connecting the Pacific and Atlantic oceans.

The City of Uxbridge were very supportive of the project, and the community were delighted to learn of the launch date of 14th August.  Initially a date was given of July 24th, but the team needed to wait for COVID-19 restrictions to relax.

The Co-Event Directors mentioned that nailing the launch date wasn’t easy “it was really hard to promote the event because with COVID-19 restrictions it was difficult to know when we would be safe and allowed to hold the first event” explained Susan. 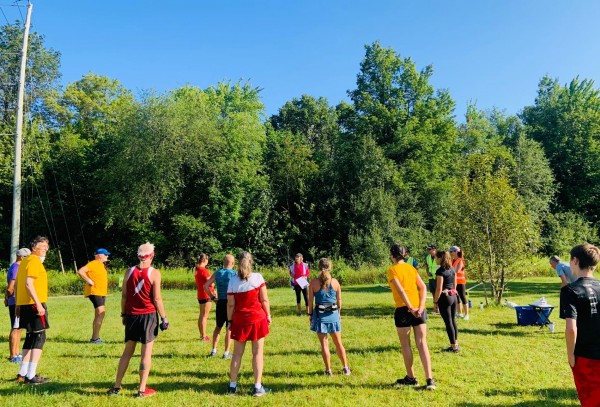 Despite that, the first event was a great success.  The weather was kind, and people from neighbouring towns all around.  “The just kept coming!”  said Sandy. Local Ambassador Aneez brought a group of runners from Whitby parkrun that really helped things along. Aneez’s experience really too helped with the logistics and process of the event and the volunteers were very grateful.

Since the launch the event has passed 10 events and continues to grow and provide opportunity.  In future, the event hopes to attract to more school-aged children by appealing to nearby schools and parents. 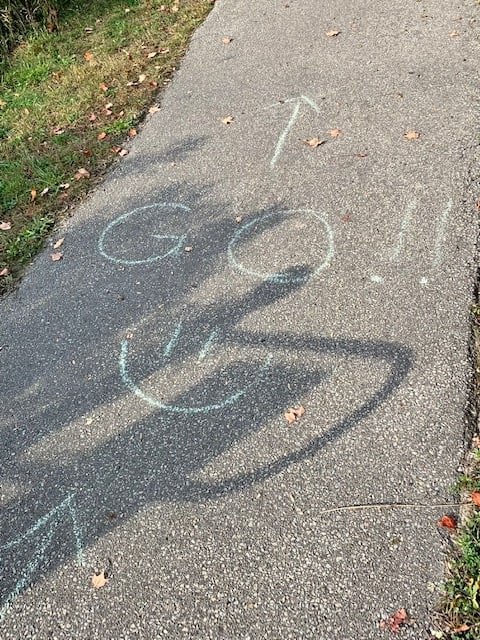 After parkrun, if you have time to explore then Uxbridge has a lot to offer. It’s easy to remain active with it’s amazing outdoor environment that is well suited for walking, cycling and running.  There’s also nearby microbrewery and cideries, and for culture fans you can visit a historic house museum dedicated to Anne of Green Gables.  Lucy Montgomery, the author, wrote 11 of the 22 works in the manse which she resided in.

The town of Uxbridge is known as the ‘Trail Capital of Canada’ and for good reason!  While the parkrun itself is located on the Trans Canada Trail, the town boasts 8 trails in total with 2 more on the way.  The town built many of the paths that based on natural routes with existing paths, so the city saw that as an opportunity to preserve and enhance a historic trail network. 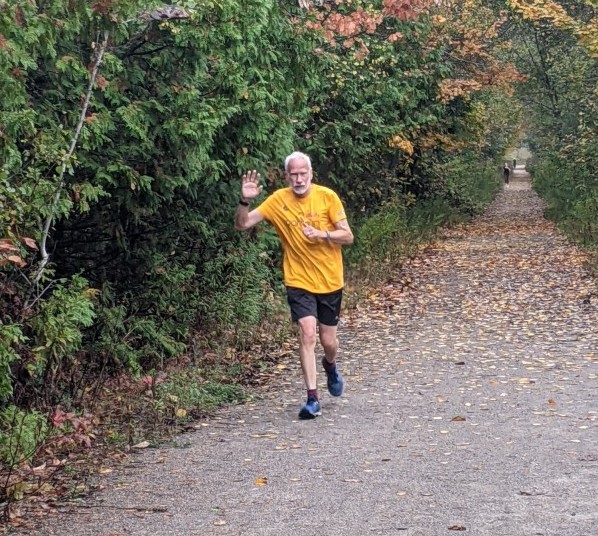 Sandy and Susan are really proud of their town and are thrilled they have been able to establish a parkrun in it.  Sandy mentioned “You hear about people’s lives and there are so many inspiring stories.  Lots of people running 5k for the first time.” 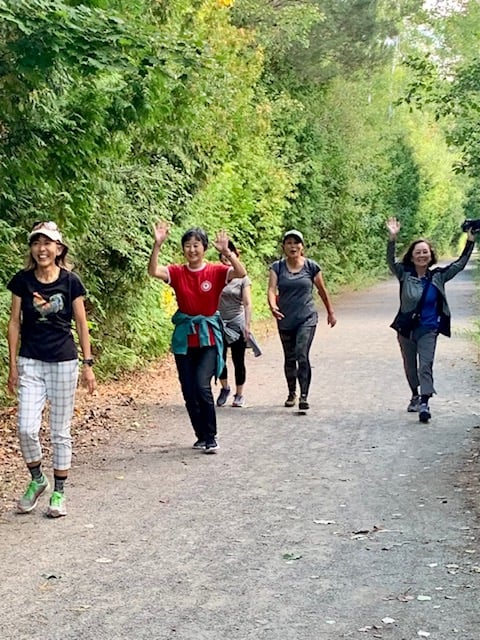 Susan too backed up the importance and also how much it means to her “I can’t believe how much I’m inspired by it, despite having run all my life.”

Thanks Sandy and Susan, we’re happy too that Uxbridge has a parkrun!

Born with a rare genetic eye condition called retinitis pigmentosa, causing slow vision degeneration, Shayne Allen said his life motto was not to look for inspiration but to inspire.   Shayne started taking part in Woy Woy parkrun in Australia in 2019, and this is his story.   Despite having less than five per cent central vision,…