Kirsty Robben recently volunteered at parkrun for the first time. She explains how volunteering helped her find her way back into parkrun following a bout of COVID-19, and how it provided her with a very different perspective of parkrun.

I’ve been doing parkrun since 2019. We had just moved and I was looking to meet people and get back into running after having children. My kids were one and three at the time, so I had a lot of sleepless nights. I’d either make it down to parkrun or not at all.

At the time I felt I couldn’t volunteer because people would be relying on me to be there. I might get to parkrun one week but then miss a couple.

In the past year I’ve been getting there a bit more regularly so I’d started thinking about volunteering but hadn’t made the step.

It wasn’t until I got Covid, and then I didn’t get to parkrun for three weeks.

I was absolutely exhausted, but I still wanted to go. I saw they were calling for volunteers so I put my hand up. I ended up on barcode scanning – I’d asked for a role where I was able to stand still!

I didn’t think it would be difficult, but I was nervous that I might get it wrong and someone would end up with no time against their name.

I thought it might be nerve-wracking but it wasn’t, as I downloaded the app at home and had a play with a barcode or two. I was buddied up with another barcode scanner which was reassuring and I felt supported.

Initially, I started going to parkrun to meet people but my first time volunteering I had more conversations and met more people that day than any other time I’ve been there. Normally I get there 10 minutes before the start, run, and then go home.

Volunteering is really sociable. You’re standing in one spot and people are going past you, so you get to see a lot that you miss when you’re running. 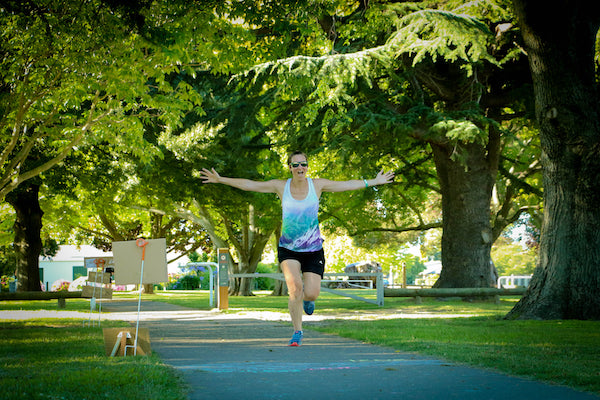 You’ve got the time before the first finishers to have conversations with the other volunteers. It was also really interesting to see parkrun from another perspective – such as watching the faster people come in who I normally never see as I’m in the middle of the pack when I’m running; and seeing the people who I’m normally running with come across the line.

I would like to volunteer more. Now that I’ve done it once I feel I can commit to it a bit more – especially as my children are older.

parkrun is committed to ensuring our events are as accessible as possible to as many people as possible, which includes breaking down barriers to signing up. As a result, and following a lengthy international consultation, we evolved the gender question on our registration form in 2020 to include ‘another gender identity’ and ‘prefer not to…