The same but different

Earlier this week the USA celebrated Independence Day. It’s a day of national pride and celebration, so in our own spin we turn the spotlight on three American parkruns to highlight their unique differences, while at their heart having the same friendly and welcoming core.

We start off in Florida, where we have Depot Park parkrun. Situated in Gainesville, FL, the route wraps around a large pond on the site of a once polluted industrial site. The site is an old rail yard, but despite the pollution it has since transformed into a lush area containing wildflowers and native plantings. Not ignoring its past, the park features decorative tracks that commemorate its history. 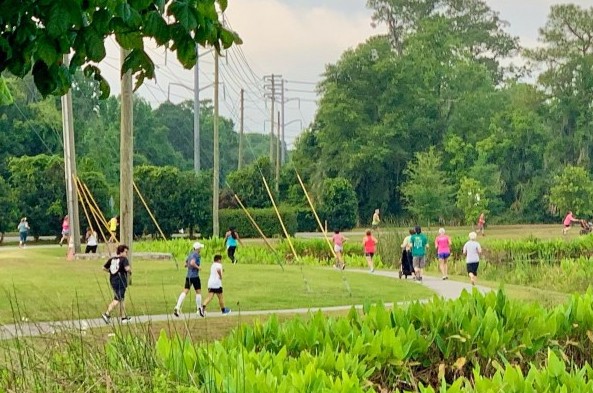 The transformation was designed to attract families and after years of planning and restoration, the city features a children’s water play park and hosts several events throughout the year like festivals, performances, and parkrun.

The climate is somewhat typical of Florida – hot, long and sticky in the summer with the winters being short and cool. June to September sees a lot of humidity, and it can be wet all year round.

One of the participants at Depot Park, John Jopling, runs regularly. He has a visual impairment and heard about parkrun from a friend at a local exercise group. Despite an initial setback, he kept up the parkrun habit. 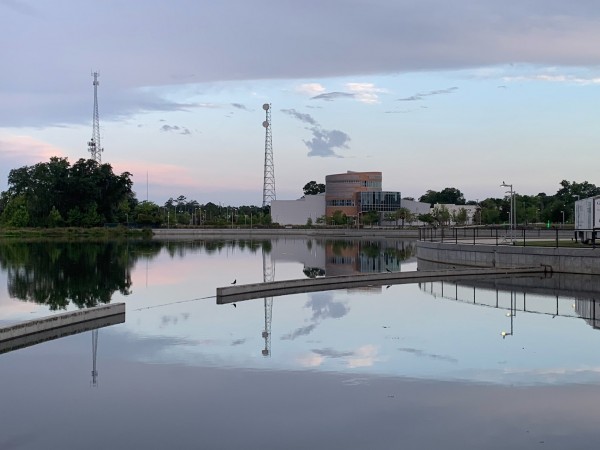 “In summer 2019 I moved to the area and joined a YMCA group. Someone from the community helped me get back into parkrun, so that Saturday I participated but at the end of the event I broke my finger!  I enjoyed it that much though that I kept coming back,”  John explains.

Despite having an unfortunate injury, the appeal of parkrun really stood out to John! 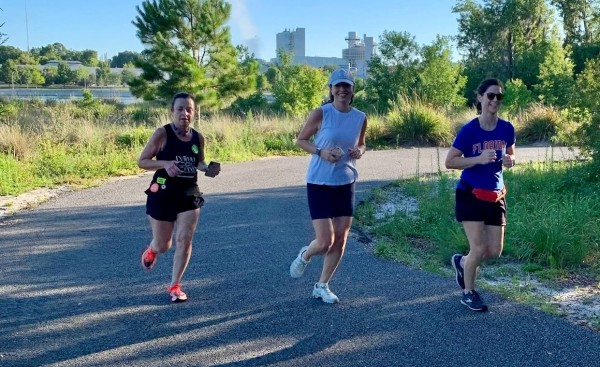 “parkrun is my favorite activity, it is the highpoint of my week.” He explained how being blind doesn’t stop him from taking part. “I memorized the parkrun course so I can tell the direction I am going by the trees and the smell of the pond.’’

Having spent much time outside, including at parkrun, it has heightened his enjoyment of parks. “I find peace when I do parkrun, I love nature.”

John has difficulties accessing transportation, so he is grateful that the event is a short distance from his home, as he explains, “Transportation is quite hard here so it is nice that the parkrun is local and I can walk there.”

John also volunteers, as he mentions, “I enjoy helping young people and learning from them at the same time.”

It’s clear John enjoys all that Depot Park parkrun has to offer from being outdoors, enjoying the community, and the unique features it has to offer. “parkrun is very welcoming to me and I feel very comfortable,” John added. 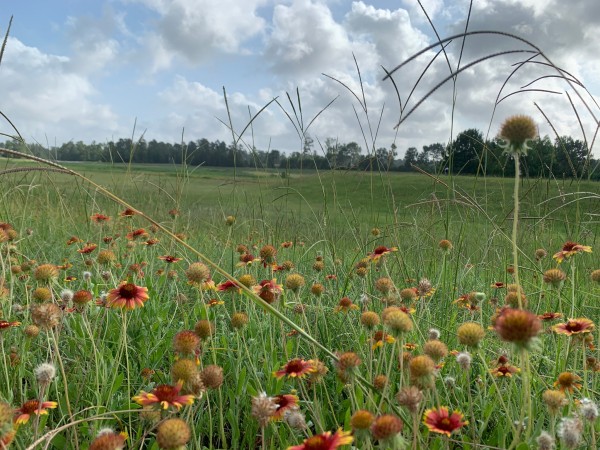 We move over to Texas where we have Spindle Tree parkrun located in Magnolia, Texas. It’s a relatively new parkrun that has its roots from the nearby but closed Third Creek Greenway parkrun. It’s the same volunteer team who organise the event and many of the regular participants at Third Creek have moved to Spindle Tree.

The course is conveniently located on a purpose built jogging trail, where if you take part you will do three loops. It’s part of a greater network of trails in the area that lend themselves to extended running, walking, or cycling.

As you can see in the photos, the setting is lush and vibrant green in the summer, with frost being a factor in the winter!

It can get really warm with the peak heat in August, but in winter it can get to freezing temperatures.

Rachel Harrop, a regular at Spindle Tree, tells us about her parkrun story which started at the Woodlands Waterway parkrun. 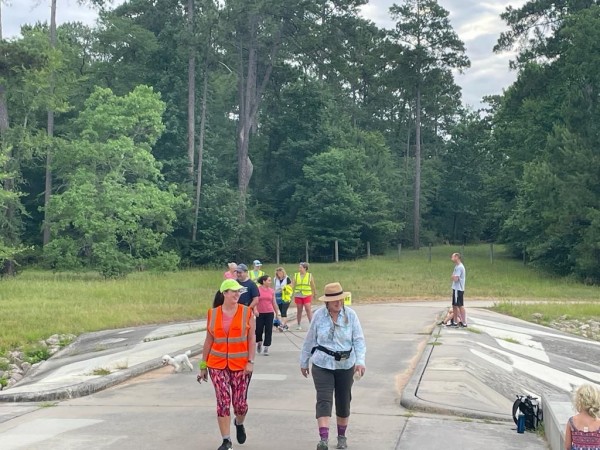 “I have been in the United states since 2007 and a friend of mine, Helen, set up her own parkrun in The Woodlands, Texas.” Rachel got started initially but then had to put her parkrun on pause. “It started with a few trial runs but then everything got shut down because of COVID.”Rachel adds, “Helen stepped down and gave the reins to Izabelle who set up at Spindle Tree parkrun.”

“The parkrun started off with close friends then it grew and now there are 32 participants.”

The event brings in a good mixed crowd which draws from all abilities. “In Texas, to have a free 5k where people come every week is just amazing. A pro of it being quite small is it is very friendly and has a good community spirit.” 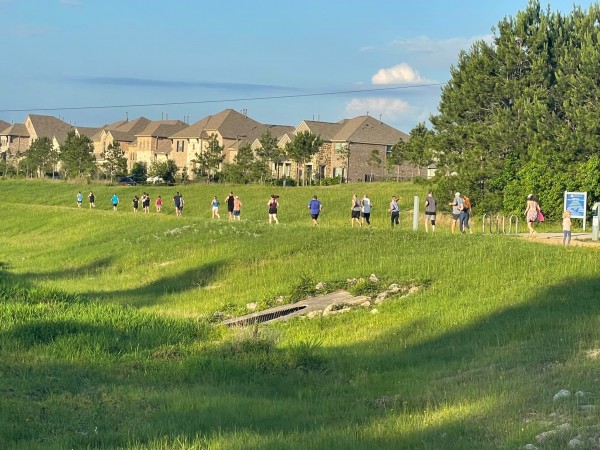 The energy at Spindle Tree has really motivated Rachel. “How cool is it to set up a parkrun in the US?” she exclaimed. “Now when I go back to the UK and do a parkrun, I am like come on let’s go. It’s a great motivation for Saturday morning.”

“Spindle Tree parkrun welcomes people from the UK and it is a great way to get to know people and where they come from.” 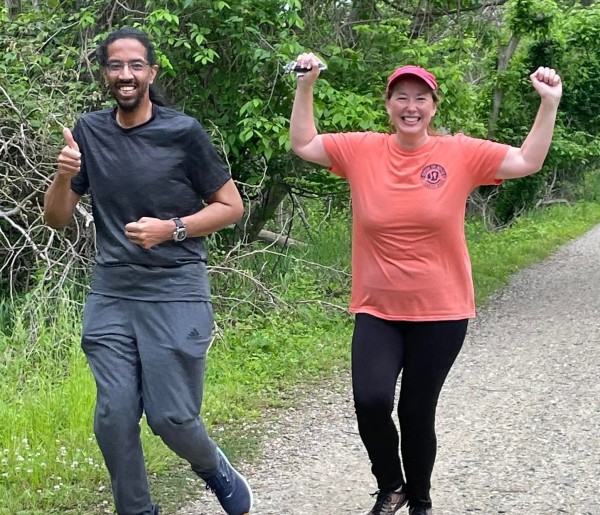 Finally, we visit Fletcher’s Cove parkrun on the east coast located in Washington DC. It’s a simple out and back and is relatively flat, all on a gravel path. Its defining feature is that it runs alongside the Chesapeake and Ohio Towpath which provides pleasant views and a relaxing atmosphere as you complete your 5k.

If you keep an eye out, you will notice turtles, herons, flowers, birds and flora. It’s somewhat of a nature lovers jewel in the surroundings of a built up city.

Dan Owen is the Event Director for Fletchers Cove and is also a parkrun ambassador. He explains how he views the appeal of parkrun, and why the community is so strong. ‘’parkrun brings people together and is great for the community and people’s mental health.”

The volunteer community at the event is also strong. He goes on to say, “We have a strong core team of volunteers who make it easy every Saturday. It is a social capital that is very positive and it feels like parkrun is a sanctuary for everyone to come to and find peace.” 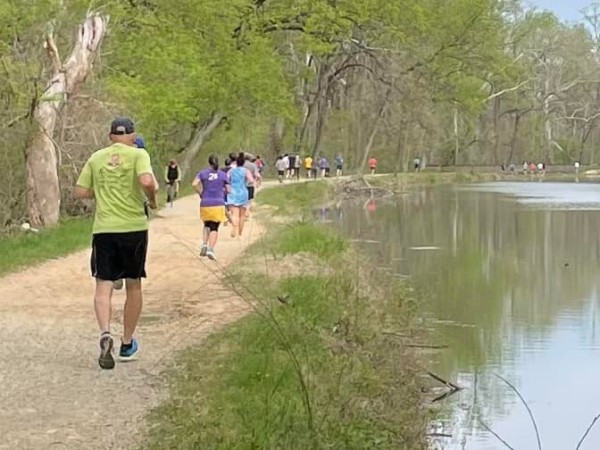 Like other parkruns across the USA, the event celebrates Independence Day with themed red white and blue day, which always goes down well with locals and tourists. “At Fletchers we have a good international crowd and strong local participants and I love the social aspect of it,” Dan explained. “We have events that happen like last year when we did an event for high school students.”

So three events and three stories that show that while the same foundations of friendship, inclusiveness, and happiness are present at each event, they all have their own unique qualities.

There is so much to the diversity among USA parkruns. These three events show how different yet similar parkruns can be, but there is so much more. From the temperate climate of the Pacific Northwest to the frozen months of many of the Midwestern states, there is much to see and experience, yet the core community aspect remains common throughout.

parkrun is committed to ensuring our events are as accessible as possible to as many people as possible, which includes breaking down barriers to signing up. As a result, and following a lengthy international consultation, we evolved the gender question on our registration form in 2020 to include ‘another gender identity’ and ‘prefer not to…