After a reasonably sporting childhood, I moved to Dublin to work and my exercise became mainly walking. An avid TV athletics fan I would regularly watch the London Marathon and think I should take up running. I would head out occasionally but had no discipline and it would slip again.

Then in 2013 I heard about parkrun in work and discovered that one had just set up in my local park Griffeen Park. I headed over on 17 August, having printed out my barcode, and took my place on the start line. I finished it in 46:07 and that was the start of me taking up regular running. I found the friendly welcome and the support at the end to be one of the main attractions for me. I’d tried some races over the years which said they welcomed walkers but always felt pressure at the end when I felt I was holding up the volunteers at the finish line. I didn’t feel this at parkrun – everyone was genuinely welcome.

I headed back regularly and on my ninth visit on 11 January 2014 I heard someone saying that a fit4life group was setting up in Lucan Harriers. They were taking registration straight after parkrun. I decided there and then to go over, filled in the form, phoned my husband to bring down the registration fee and I became a member of Lucan Harriers Athletics Club. The fit4life group met for the first time on a cold January night and started a new love of running for me. The spirit of the group reminded me of parkrun – the focus was on moving and enjoying it. With these women I have taken part in parkruns, 10ks, half marathons and took on the Dublin Marathon in 2015 and 2016 and have made friends for life.

I have been a parkrun tourist and have visited parkruns in Dublin, Kildare and Wexford and also been an international parkrunner taking in Golden Harvest and Nkomazi parkruns in South Africa. I loved the difference in parkrun in South Africa. In Golden Harvest, which is located in a park in a suburb of Johannesburg, it is a huge, family occasion. There are elite athletes, club runners, joggers and a huge portion of walkers including multi-generational families with their family dogs. In Nkomazi, near the South Africa / Mozabambique border, we ran on dirt roads through corn fields with smiling children running along beside us.

My current aim is to complete the Dublin Marathon 2017. Unfortunately I’d found that my parkrun numbers were slipping every year while I had to do long runs on Saturday morning as part of my marathon training. So this year I was determined to include parkrun in my long run. I found a lovely route which took in Lucan Demense and Leixlip and aimed to arrive in Castletown for parkrun and have done this route three times as part of my long training runs, usually accompanied by my fit4life ladies! Event Director Sharon Ashmore always welcomed us with open arms and even made sure to have some water for us to send us on our way home.

parkrun has become a regular part of my life. I have volunteered on 14 occasions, my favourite role being photographer, which I’ve done five times. I have three parkrun goals – reach my 50th parkrun in the next month or so, beat my parkrun PB of 30:48 and get under 30 minutes for 5k and visit more parkruns. Besides that, I just want to continue running and enjoying it and with parkrun on my doorstep, this is very likely to happen! 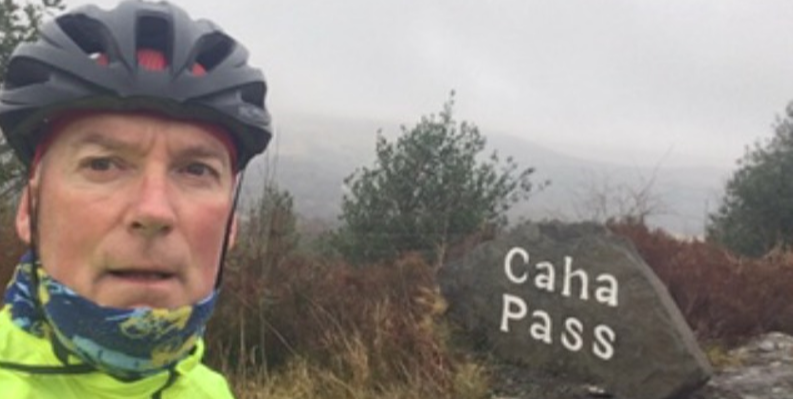