We were approached a couple of months back by Frontrunners, a local LGBT+ running club, who are a member of the Frontrunners International movement.

The Frontrunners told us that after attending the World Aids Day parkrun in December last year, and in subsequent runs since, they had been constantly moved by the community spirit, positivity and encouragement at Ballincollig parkrun.

To tie in with Cork’s Pride celebrations in August, they wanted to work with us to host a colourful parkrun. To provide an uplifting experience for the LGBT+ community across the county by showing the level of inclusivity and encouragement that parkrun provides.

And so the Rainbow Run was born and we agreed it would take place on Saturday 27 July.

We weren’t sure exactly how many people came just for the Rainbow Run, but we had a bump in numbers from the previous weeks, and lots of the Frontrunners themselves took part.

We also welcomed the Lord Mayor of Cork City, Cllr John Sheehan, who came along to support the run. 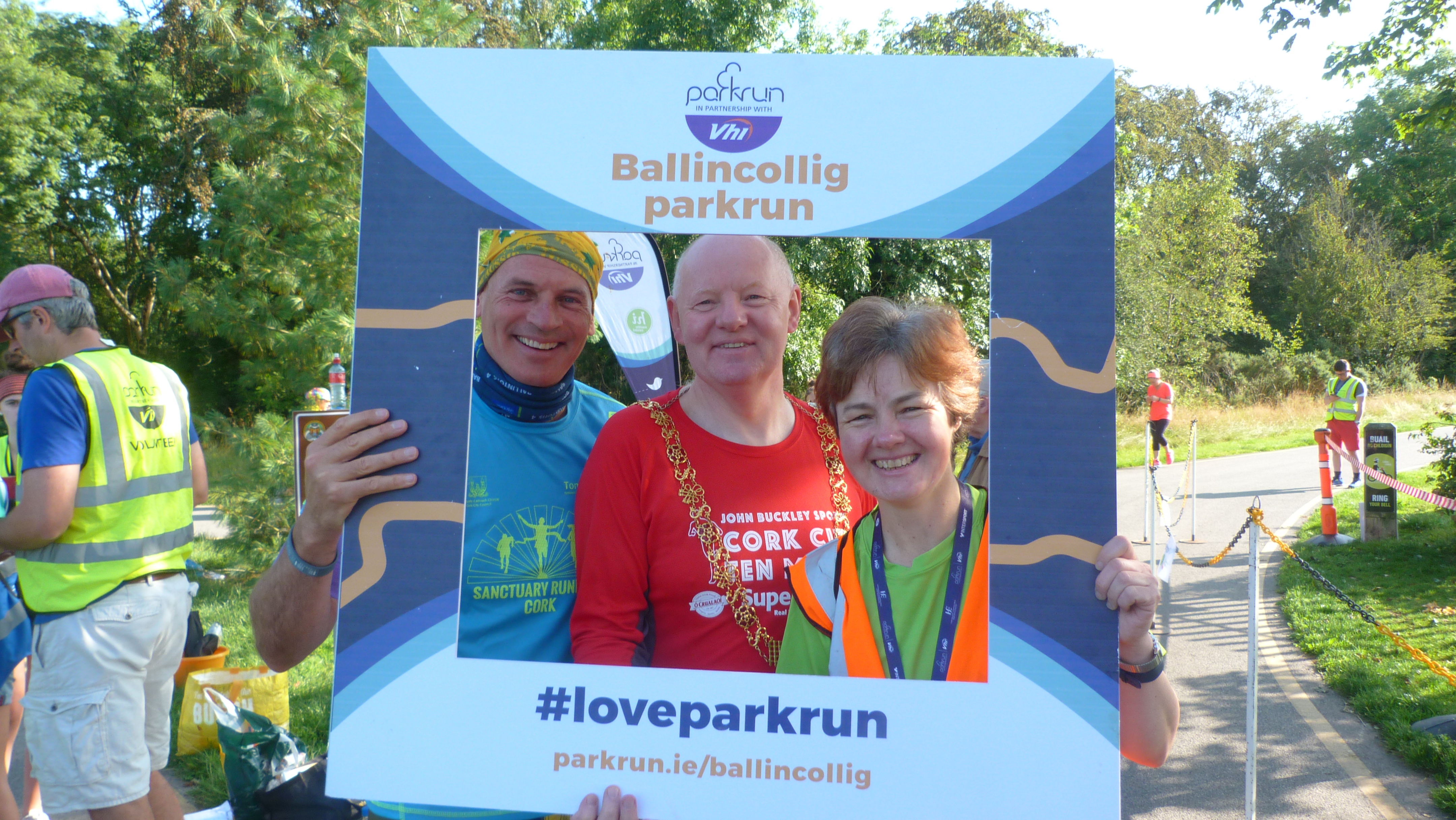 Lots of people made the effort to dress up, with plenty of Pride flags flying. The Frontrunners brought along water and bananas to hand out after parkrun.

It was a great colourful atmosphere at the park that morning.

A look back to Vhi’s visit to Templemore parkrun

In the absence of parkrun during the Covid-19 pandemic, we are looking back at some of the events Vhi visited throughout the years as parkrun’s partner.   Back in 2019, the Vhi parkrun roadshow visited Templemore parkrun, Co Tipperary. It was an incredible day as the parkrunners were joined by Olympian and Vhi ambassador David…