Long may you run, or jog, or walk!

The Peoples family, or Team Peoples as they’re known at Buncrana parkrun, joined the parkwalk programme last year as a way to disrupt their sedentary lifestyles.

Now Margaret, Michael and Susie feel they have found somewhere they belong. Margaret tells us about the family’s journey to getting fitter, stronger and happier.

I’m an accountant and Michael is an Insolvency Manager – both office jobs, both very sedentary.

Our Susie is a bookworm, you’d be more likely to find her with her nose in a book, or maybe playing her drums, than taking part in any sports.

So, in the summer of 2018, I was looking around for something active and healthy that all three of us could do together. A friend shared a Facebook post about parkwalk at Buncrana parkrun – a six week walking programme as part of the existing parkrun.

It looked interesting so I did a wee bit of research and decided that this was the thing for us.  Even if we didn’t last the six weeks it’d be a start. So I got us our barcodes and our parkrun journey began.

We were very nervous that first morning and a bit reluctant, but we were met with friendly encouraging faces from the outset.

That first 5k took us one hour and five minutes.

We were wrecked and very glad to dip our tired sweaty feet into the cool waters of Lough Swilly afterwards. But we were delighted. We’d completed our first 5k but more than that, as we huffed and puffed our way around the course, complete strangers were telling us that we were ‘doing great’ and to ‘keep going’ and  ‘you’re almost there’.

We decided to come back the next week.

Within a few weeks the fantastic team of volunteers had learned our names.  I will never forget the buzz Susie got the first time the volunteers cheered her by name up that final hill to the funnel.

She’d struggled with PE and sports generally because of a lack of confidence. I don’t think she had ever experienced a whole heap of people willing her on to the finish line like that.  To be honest, neither had I.

If you could bottle that feeling and sell it you’d make a fortune. And it’s available free every Saturday morning at your local parkrun!

It’s over a year later and we’re still at it.  We’ve gotten our time down to the mid forties but that hardly seems important.  We’re doing something active and healthy as a family every week.

We’ve volunteered in various roles and had the best of craic doing it. And we’ve made some of the best of friends from among our fellow parkrunners and volunteers.  We’ve found somewhere that we belong – all three of us –and it’s a great feeling. 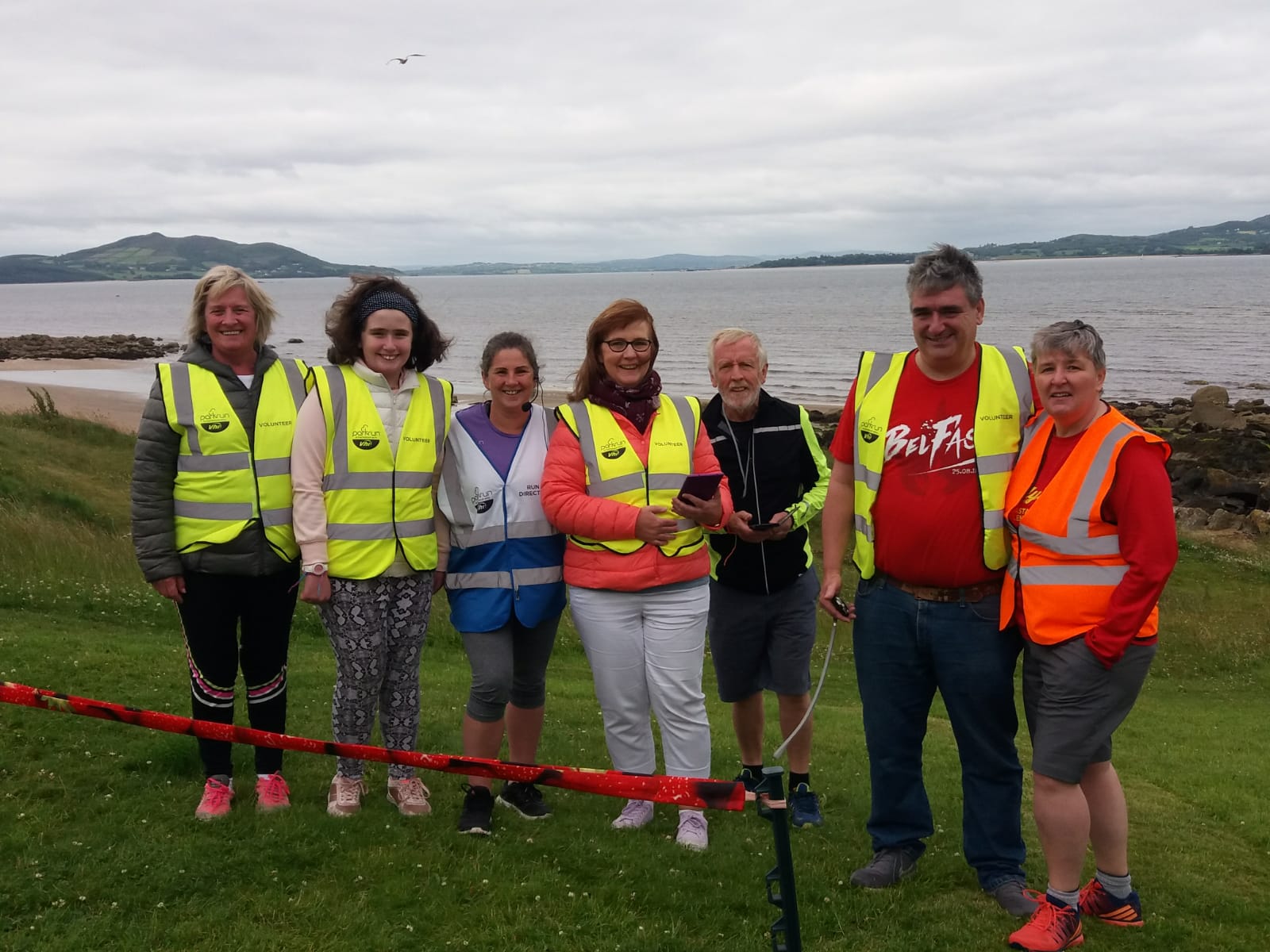 So on your second birthday Buncrana Parkrun, Team Peoples would like to say a massive thank you to the whole gang, you’re all superstars. Long may you run… or jog… or walk.