Much more than just a morning run

Independent survey commissioned by parkrun Ireland gets more than 4,400 responses and shows that volunteering has a bigger impact on health and wellbeing than just running or walking. 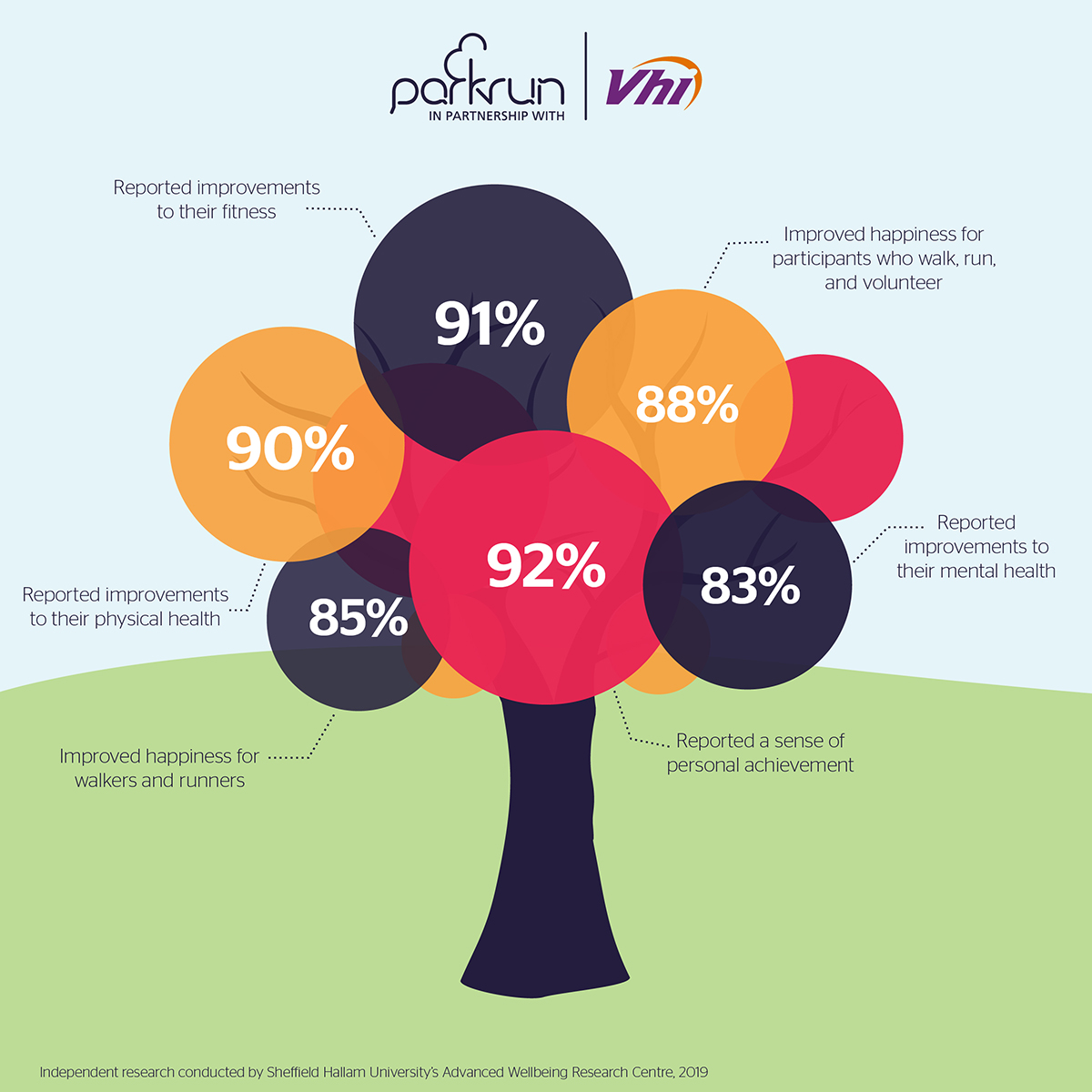 parkrun in partnership with Vhi is the biggest community-led physical activity movement in Ireland. Undertaken by Sheffield Hallam University’s Advanced Wellbeing Research Centre (AWRC), the research was commissioned to assess the health and wellbeing benefits of those participating in the 93 free, weekly, timed 5k events in Ireland.

The survey was sent to all registered parkrunners in Ireland over the age of 16 during October 2018, resulting in 4,493 returns with almost a million answers to 47 questions.

The findings support parkrun’s long-held belief that volunteering improves health and wellbeing equally as much as walking or running. 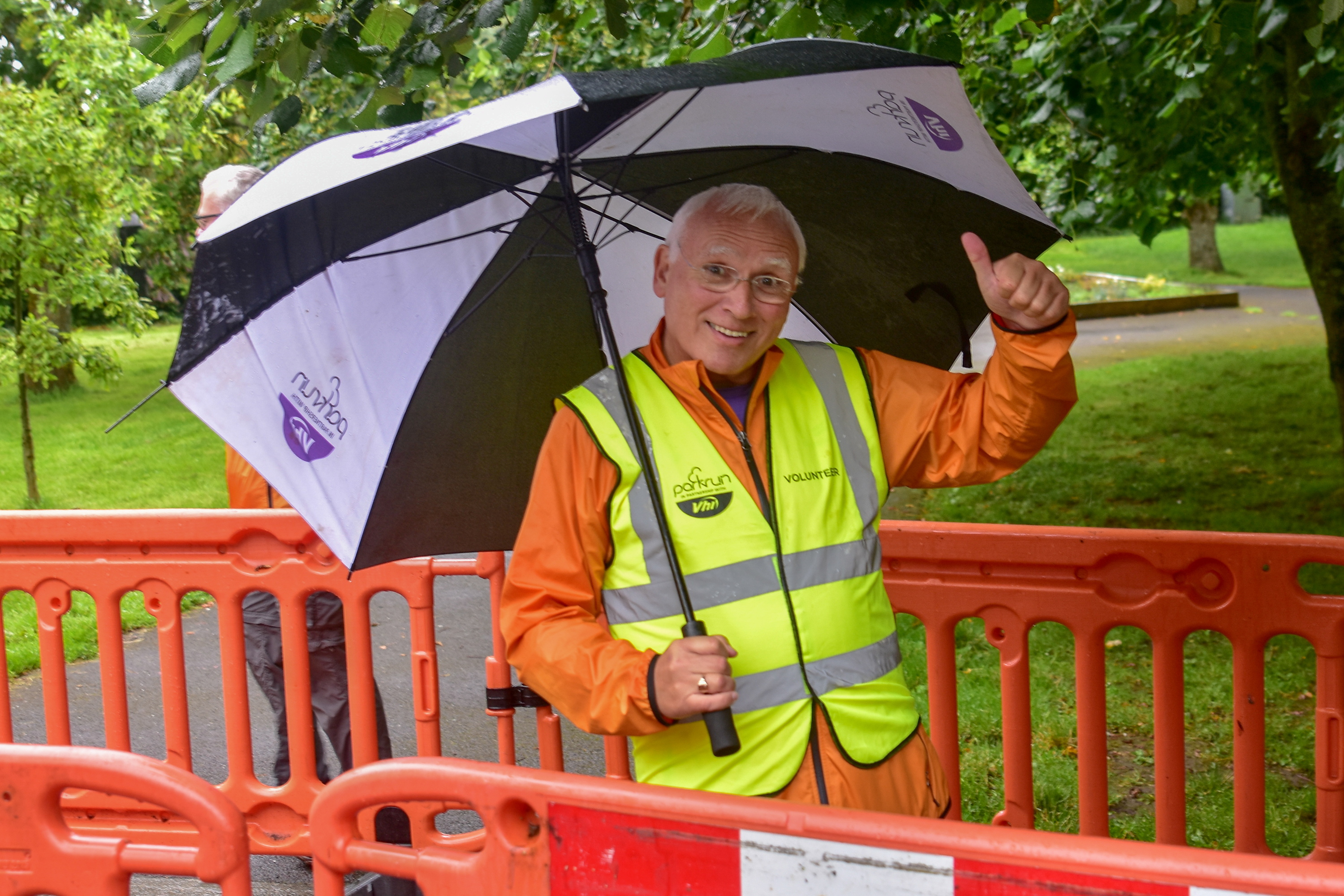 The 93 weekly 5k events held in open spaces around the country are supported by volunteers. 88% of respondents who both walk or run, as well as volunteer, reported the greatest improvements to their happiness.

Matt Shields, parkrun Ireland Country Manager said, “The findings of this research validate our assumptions about the wide-ranging physical, emotional and social health benefits of participating in parkrun. Volunteering is an incredibly positive activity in its own right, with the greatest health and wellbeing gains being seen by the thousands of people who volunteer at parkrun. parkrun has grown from strength to strength in Ireland. This month we are celebrating our seventh anniversary and more than 170,000 walkers and runners have participated in parkrun events nationwide, supported by a coalition of partners including Vhi and Healthy Ireland who are dedicated to supporting the parkrun movement.”

Declan Moran, Director of Marketing & Business Development, Vhi said “As Ireland’s leading health insurer Vhi actively supports our members to live longer, stronger, healthier lives. This research demonstrates that the health benefits, both physical and mental, associated with participating at parkrun are unparalleled. There is no other movement like parkrun in Ireland and Vhi is very proud to be entering our fourth year as presenting partner, supporting this wonderful initiative encouraging people of all levels and abilities to take part in free events in a fun and positive environment”.

parkrun in partnership with Vhi supports local communities in organising free, weekly, timed 5k events and 2k junior events every weekend at 117 locations all over Ireland, with more than 9,000 people of all ages and abilities taking part each week.

The volunteer-led events are organised every weekend from Bere Island to Ballina to Ballinteer and people have volunteered over 73,000 times in the last 12 months.

Over 170,000 registered participants have run at parkrun Ireland events since it started in Ireland in November 2012. Originally launched in the UK in 2004, parkrun now has more than six million registrants globally and over 300,000 weekly participants. 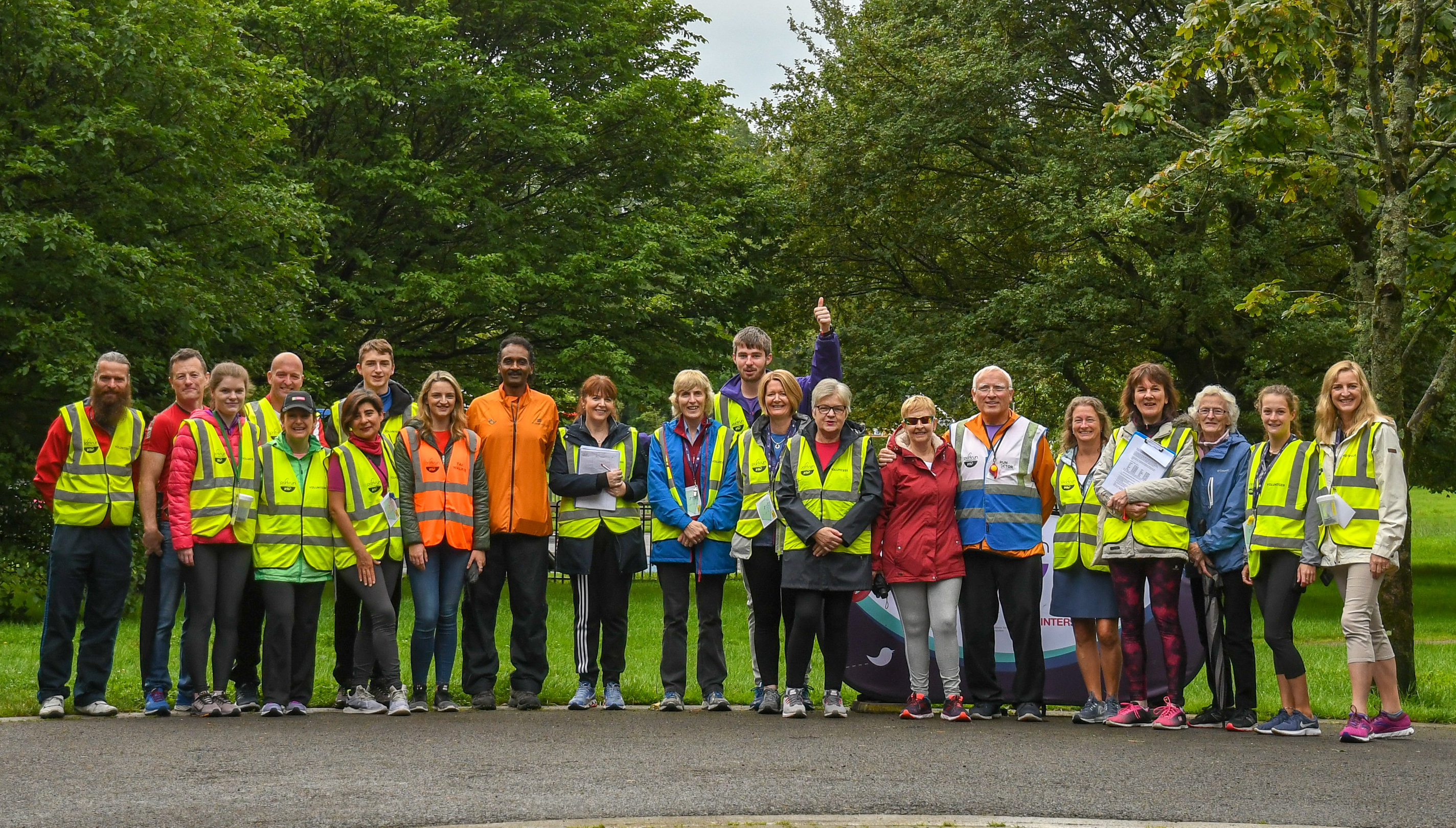 Vhi is presenting partner of parkrun in Ireland and parkrun Ireland is part-funded by the Health Service Executive (HSE).